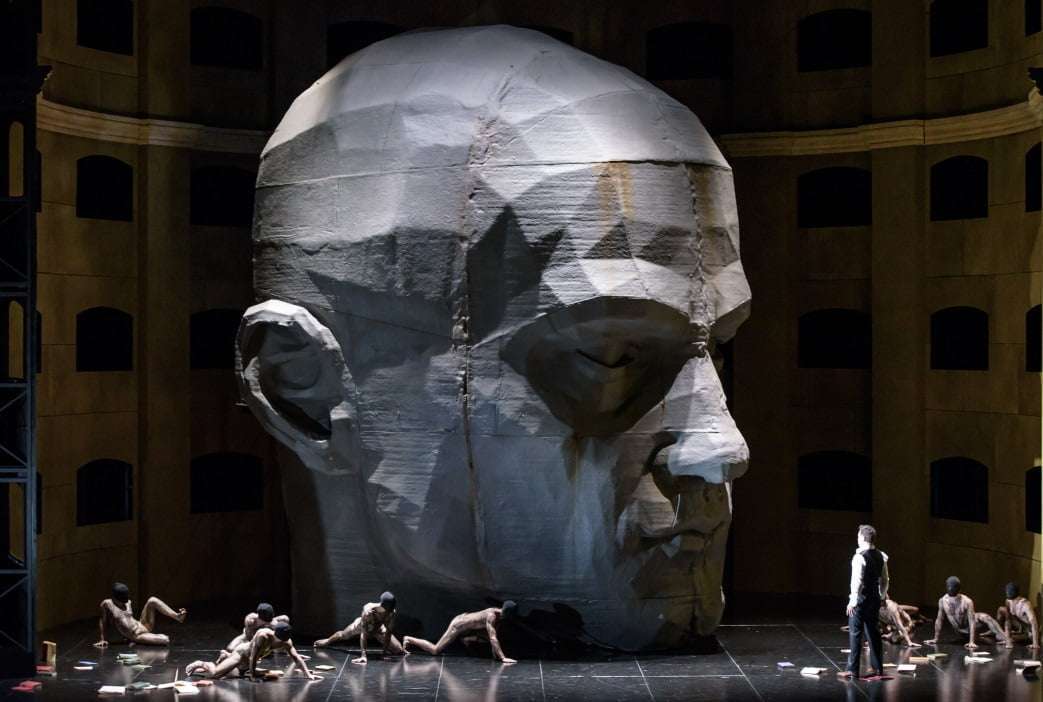 The noble King Roger feels he is incomplete and is forced to confront his instincts by the Shepherd, leader of a new faith, who has suddenly appeared at the medieval monarch’s Sicilian court. The opera – like Bartók’s Bluebeard’s Castle – is high on psychological, symbolic examination, low on plot. Also like Bluebeard, it’s short – two hours including an interval.

Karol Szymanowski’s opera, first seen in 1926, has been steadily climbing the international-repertoire chart. Kasper Holten’s staging is the Royal Opera’s first; its last professional London production was probably ENO’s way back in the 1970s. The composer’s directions for its staging were elaborate. It was to be set in Norman Sicily, with Christianity in conflict with paganism, Apollo versus Dionysus (the overwrought libretto, co-written by the composer and his younger cousin, was inspired by The Bacchae), and its overt homoeroticism reflected Szymanowski’s sexuality. He was working on it around the time when he wrote his novel, Efebos (now lost), on the same biographical obsession. 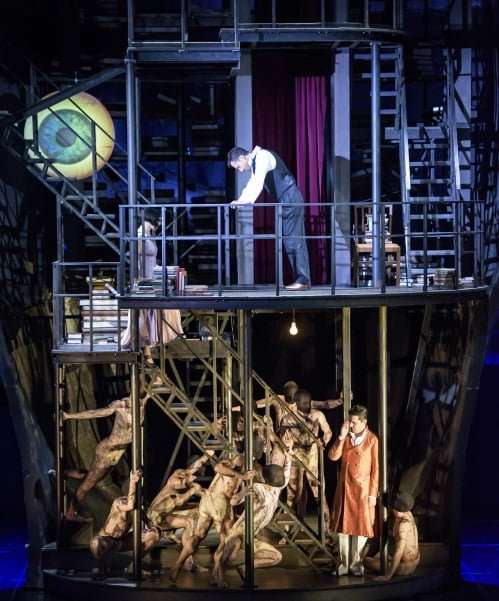 Religion, the pull between western and eastern cultures and the repression of sensuality provide the opera with a breeding ground of ambiguity and many an opportunity for rampant flights of directorial fancy. Holten has demythologised it in order to make King Roger’s dilemma unequivocally contemporary. He’s the individual in crisis, doubting his identity and his marriage to Roxana, and the triumph of Holten’s direction is that, despite his stripping away of ambiguity, the work still retains its elusive mystery.

Instead of Szymanowski’s suggested glowing cathedral interior, this staging is dominated by a gigantic cast of King Roger’s head (designed by Steffen Aarfing), outwardly, via clever video projections, suggesting the royal’s authority and intelligence, which then revolves in Act Two to reveal the dark side – a smart, split-level apartment boasting a library upstairs and, segregated in the dark cellar, a heap of writhing, naked young men. No ambiguity there, then.

Holten makes it clear that the suit-wearing Roger and the eastern-dressed Shepherd are the same person. At one point the Shepherd sings “it was you who summoned me”, and it is his siren-call to chaos that ends up in Act Three with his crowd of followers burning the library, a fascist image that has lost none of its potency. The moral – and this is a very moral work – is that unbridled hedonism is the primrose path to dehumanising hell. 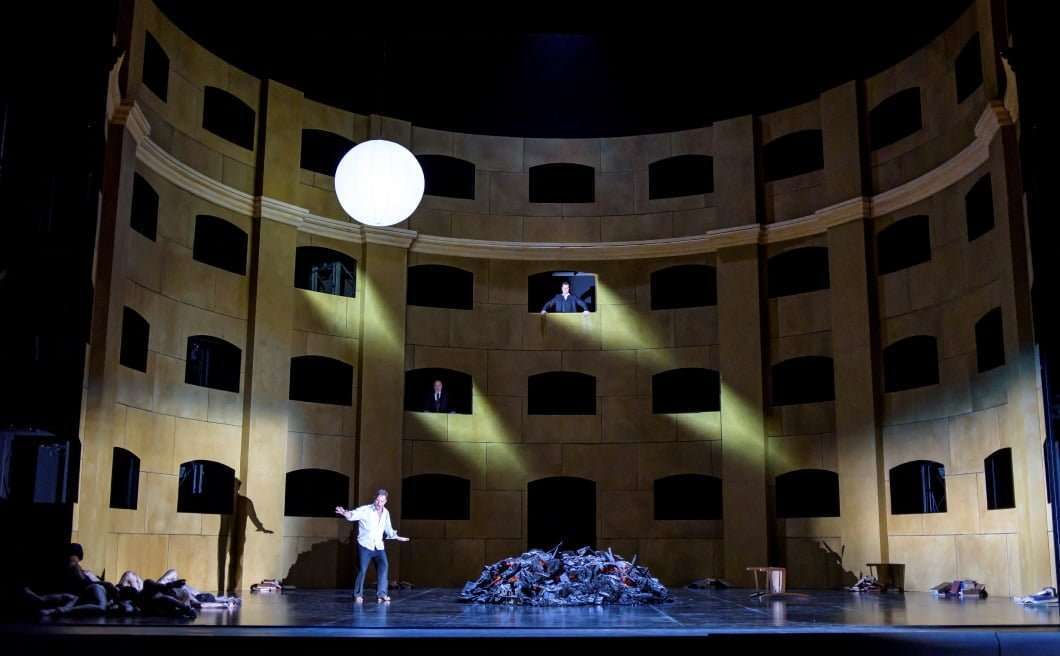 The modern-dress production and the angular lighting (brilliantly done by Jon Clark) may be uncompromising and austere, but the music and the cast certainly made up for it. Polish baritone Mariusz Kwiecień has made the title-role his own, and here was both commanding and hugely sympathetic. Before the third Act, Holten announced that the singer was ailing, but Kwiecień still had enough strength for his hymn to the sun that ends the opera. Holten’s direction is stunningly direct here; the emptied King Roger is re-born whole, he’s squared the Apollo/Dionysus circle. Kwiecień, so powerful throughout, clinched his towering portrayal, leaving you on an unforgettable high.

He was matched by Saimir Pirgu’s Shepherd, presented as a spiritual rather than overtly erotic alter-ego – the Shepherd touches King Roger only once, and the latter recoils. Pirgu, a fine Verdi tenor, has the necessary range, seductive lyricism, definition and strength for the part, and was brilliantly directed to reflect and enhance Roger’s turmoil. Roxana, a potentially misogynist-attracting (arguably Szymanowski himself), two-dimensional minefield of a role, was radiantly sung by Georgia Jarman, who surrendered with total conviction to the Shepherd’s pleasure principle in her oriental-flavoured Act One aria. Kim Begley was very strong as Edrisi, Roger’s advisor/conscience and another aspect of the king’s character.

Antonio Pappano worked wonders with the score. Whatever reservations you may have about music that can easily get lost in its huge incense footprint to sound like Debussy, Scriabin and Delius in full Nietszchean sail, the conductor exercised a fine control over its tendency to carry on surging ecstatically. The playing and choral singing were exceptional, not least during the thrilling opening.

The Royal Opera may have bided its time before mounting Szymanowski’s masterpiece, but it’s been worth the wait.