Wagner
Tannhäuser – Grosse Romantische Oper in three Acts to a libretto by the composer [1875 version – the Paris score with interpolations from the Dresden edition; sung in German with English surtitles] 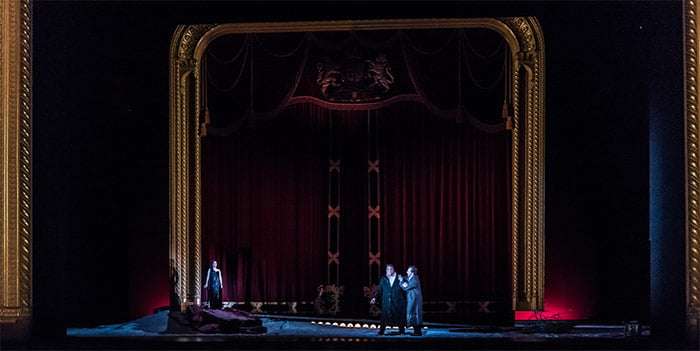 This is the first revival of Tim Albery’s 2010 staging of Wagner’s Tannhäuser, with mostly a new cast and conductor. Michael Levine’s set for the Venusberg scene is a theatre-within-a-theatre copy of the Royal Opera House’s proscenium arch and front curtain (including the EIIR crests), and it is the ruined version of that design that dominates Acts Two and Three. Rather than drawing the usual moral distinction (which made the opera such a hit in its 19th-century heyday) between pagan carnality (bad) and Tannhäuser’s redemption through the sacrifice of Elisabeth’s death (good), Albery suggests that the Venusberg is about human/artistic completeness, while existence on the Wartburg is a drab vale of tears.

When Venus, rejected by Tannhäuser, sings at the end of Act One of the devastation she’ll visit on humanity, we see the result at the start of the next Act – but Elisabeth doesn’t, addressing her ‘Dich, teure Halle’ to a ruin, and in the process giving the measure of her shattered hopes in loving Tannhäuser and her capacity for self-delusion. Albery builds up layers of subversive interpretation. The bombed-out shell of the opera house – hardly a flattering setting for the Hall of Song in Act Two – and Jon Morrell’s costumes for the men of Thuringia (greatcoats and machine-guns) bring us face to face with images of Bosnian or Chechen warfare, of people on the edge of civilisation rather than its guardians. The other aspect Albery plays down is any imagery to do with the story’s Christian basis; for all the references to the Redeemer, the Pope and the Jungfrau, here faith is not much more than a barely sustainable, generalised hope, and the Pope’s leaf-bearing crosier is replaced by the planting of a healthy young tree. 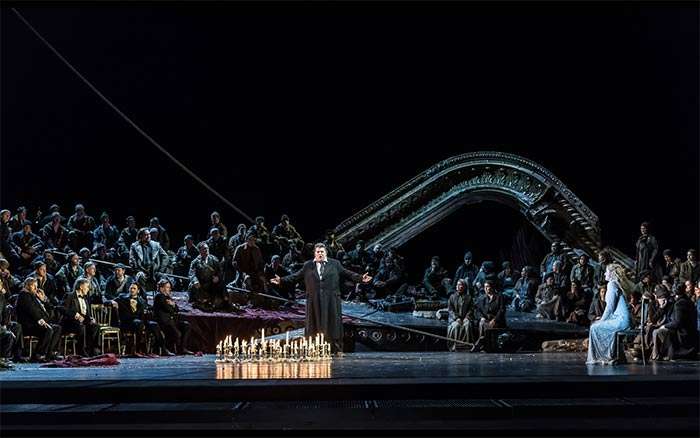 The staging holds our interest and disguises the opera’s longueurs – the Venusberg bacchanalia as part of the Overture, a hyperactive striptease for twelve dancers, goes on too long, as does the eminently cut-able dialogue between Venus and Tannhäuser. Hartmut Haenchen played his part with some swift tempos, which weren’t always big-ensemble-friendly – the invisible chorus of pilgrims in Act one had some slippery moments – and he didn’t allow inflated, early-Wagnerian grandeur to dominate. There were, though, many passages when he drew a spiritual, Parsifalian glow from the orchestra, reinforcing Albery’s take on the story and its lead as a Parsifal prototype; he accompanied the singers with utmost subtlety, especially in the slow, quiet music; he miraculously made sense of the rather distended Act Two conclusion; and his finely paced unfolding of Act Three was spellbinding.

In the original run, Johan Botha’s Tannhäuser had sounded effortless. There may have been more of a sense of strain to Peter Seiffert’s take, but his intense engagement with the role gave a focus to the production. The heroic top of his tenor was thrilling, and while he seemed low on stamina by the end of Act Two, he had regrouped for a finely controlled account of the ‘Rome Narration’. Albery’s direction emphasised the main characters’ isolation, and Seiffert was all the more convincing as Tannhäuser tries to break the mould.

Emma Bell was singing Elisabeth for the first time, adding this role to her Eva and Elsa – her WNO Elsa (2013) was simply wonderful, and her Elisabeth is in the same league in the way she possesses the role. ‘Dich, teure Halle’ gleamed with febrile rapture, and her voice sailed upwards without a hint of constriction. But it was Elisabeth’s moments of failure – the second loss of Tannhäuser after the song-contest fiasco; her giving up on life when Tannhäuser, as she thinks, has failed to return from his Rome pilgrimage; and, most poignantly, her tender but loveless regard for Wolfram – where Bell came into her own as a Wagner star of great subtlety and complexity. 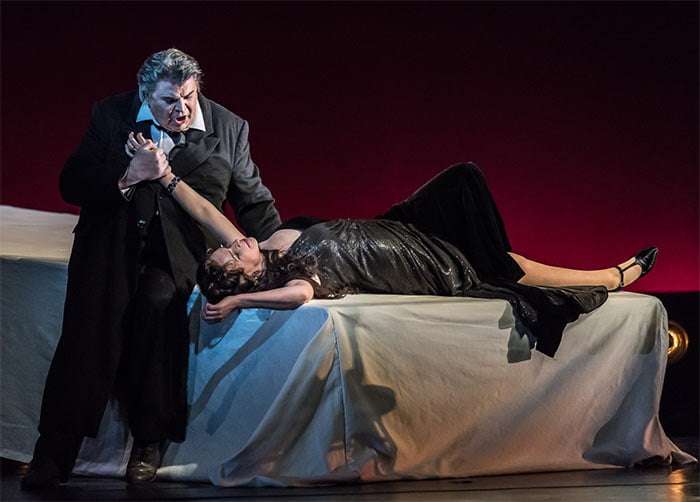 Christian Gerhaher, the only lead from the first run, was similarly superb as Wolfram, the diffident, introspective would-be lover who idolises Elisabeth as though she were the Virgin Mary. It’s almost a shock when this peerless Lieder singer sings loudly and operatically, but he is just as commanding as his voice gets quieter and darker, taking the audience with him into Wolfram’s muted, conflicted world. With just a minimal hand movement or vocal nuance, Gerhaher tells you that Wolfram, for all his artistic expertise as a singer, will never make the leap into experience as Tannhäuser has – and he knows it. With his easy highlighting of the text, ‘O du, mein holder Abendstern’ filled the house with its quietness.

As Tannhäuser’s nemesis, Sophie Koch was a lustrously sung, predatory Venus, Stephen Milling radiated authority as the Landgrave Hermann, and there were fine solos during the contest from Ed Lyon as Walther and Michael Kraus as Biterolf.

For all its obliqueness, this production of Wagner’s ‘problem’ opera has a dreamlike power, intensified by magnificent singing and playing.