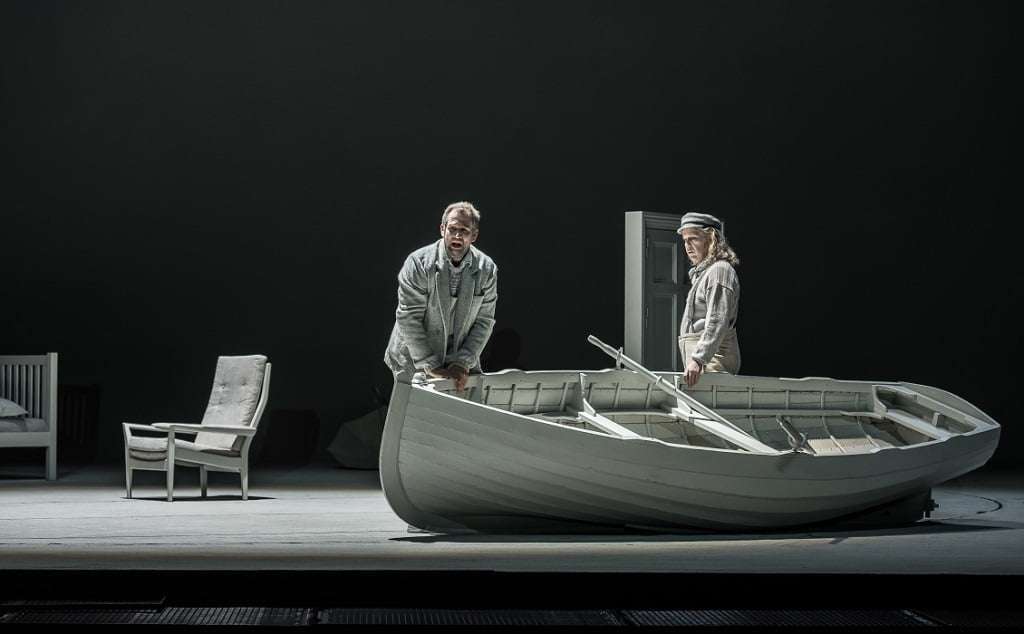 An opera with a (more or less) modernist bent such as Morgen und Abend points up the difficulties of creating a stage-work as communicates directly without sacrificing too much of its radical musical essence.

Not that Austrian composer Georg Friedrich Haas (born 1953) is at all a stranger to this genre, the present piece being at least his seventh opera and one that evinces an assured take on the combining of words with music. The problem lies in the guiding concept – the transition between life and death, more specifically an intuitive knowledge that one may have embarked upon the trajectory between the two, and calling for real sensitivity in its delineation though also an unadulterated emotional immediacy which Morgen und Abend ultimately fails to deliver.

Admittedly much of the problem lies with the libretto that Jon Fosse (a Norwegian author) has adapted from his eponymous novel. Unfolding as a prologue in English (translated by Damion Searls) and main portion in German (Hinrich Schmidt-Henkel) need hardly be a failing, but the former is stilted and even clunky in its progress, while the latter has the English translation on the surtitles screen overhead and also projected – almost simultaneously – against the back-wall of the stage: the outcome is a visual clash such as detracts from what is being sung. Add to this the frequent repetitions of words and phrases which serve not to emphasise crucial meanings as merely stall progress, and the feeling grows of a formal continuity denied and an expressive momentum that rarely takes hold. 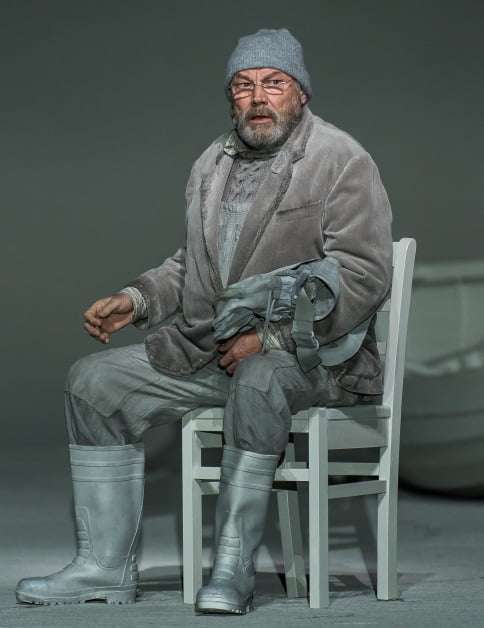 Although by no means a household name in the UK, Haas has enjoyed several high-profile performances – not least his large-scale ensemble work in vain, given by the London Sinfonietta. By no means derivative, Morgen und Abend draws audibly on the examples of the early- to mid-1960s output of Ligeti and Lutosławski – with a nod to that of early-1970s’ Górecki in more emotive passages. Microtones are largely absent from music whose textural finesse is often alluring, for all that its rhythmic uniformity too often verges on monotony.

The visual element of Haas’s work, of crucial importance, is amply reflected in this production by Graham Vick’s starkly functional direction and also Richard Hudson’s comparably austere furnishings. Equally significant is the lighting component, adeptly handled by Giuseppe di Iorio so that the arc-like trajectories of ‘white light’ become integral to proceedings – even when the climactic explosion is undermined by the music’s lack of visceral power at the point of ‘crossing over’.

Klaus Maria Brandauer is thoughtful and considered in the spoken role of Olai, and Christoph Pohl is sympathetic if all too uncomprehending as his son Johannes. Helena Rasker brings poise to the latter’s wife Erna, while Sarah Wegener is eloquent as his daughter Signe and also as the midwife, though Will Hartmann is unattractively strained as his friend Peter.

Michael Boder is always convincing when conducting contemporary music, and he secures a committed response from the Royal Opera House Orchestra – the substantial percussion section effortlessly coordinated from boxes at stage-left and -right of the Stalls Circle – with the Royal Opera Chorus contributing a haunting vocalise (whether offstage or pre-recorded is unclear). Whatever else, Haas has once again found a viable solution to that age-old issue of writing music whose appeal as sound does not negate its ability to intrigue or provoke.

That said, Morgen und Abend ultimately fails to provide much of an intriguing or provocative take on those existential issues with which Haas and Fosse are grappling, with the result that 95 minutes passed by appealingly though with a lack of involvement on their way to the final negation.