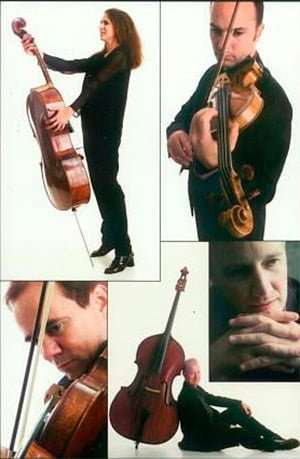 For its 30th-anniversary concert at Wigmore Hall, the Schubert Ensemble opened with Ralph Vaughan Williams’s Piano Quintet (1903), which only resurfaced in 1999, after its withdrawal by the composer, and the embargo placed on it (as well as a portfolio of unpublished compositions) by his widow was lifted. It is not clear why he suppressed the work – perhaps he felt that it did not express his true compositional voice. Indeed it is quite Brahmsian with its rich, passionate first movement. It stems from a relatively early period in the composer’s career, like the Brahms Piano Quartet also performed in this concert, though both are confident works. In the case of the VW there are strong touches of modality, and below the surface charm troubled currents often stir (aided by the darker scoring for a double bass instead of a second violin); and the hymn-like harmonisation of the melody at the beginning of the second movement foreshadows the composer’s use of the Tallis tune employed in the eponymous Fantasia. VW also displays his penchant for the hauntingly wistful sonority of the viola, developed most notably later in Flos Campi.

The Schubert Ensemble’s musicians demonstrated their affinity with Vaughan Williams’s idiom, and they have already recorded the work for Chandos (link below). Initially the piano theme in the first movement was pushed a little too hard perhaps, but William Howard’s playing then melted away magically, rippling arpeggios accompanying the strings. With that the Ensemble settled into an ideal balance and pace, allowing the transitions between quite disparate blocks of material to be effected seamlessly in order to establish a consistent mood of regret, even tragedy. The bare, wide-spaced octaves of the finale’s theme perhaps look ahead to those in the Sinfonia Antartica (sic) as well as providing the material for finale of the Violin Sonata. Although a range of moods is covered, the musicians maintained sufficient tension to forge them into a coherent statement.

Colin Matthews’s Nowhere to hide (for piano trio, 2013) was commissioned by the Schubert Ensemble. Matthews was the composer chosen for its first commission in 1984. The work’s four movements follow more or less continuously, and are closely related thematically, the bulk of the material presented in the ‘Prologue’. The second movement originated as an independent elegy, composed on the death of Elliott Carter last year, but it shares an interest in the interval of a minor second drawn out melodically from its use as a chord in the violin’s opening paragraph in the first movement. In mood though, it is certainly contrasted with the others, and the ‘Scherzino’ third movement picks up the scurrying figures with which the first movement had ended, a connection which Simon Blendis was careful to make by his similarly dry attack in both instances. The cello was not always audible, but the strings were better integrated in the finale, with some glassy chords from the piano etched over their sustained sonorities.

Even though Brahms’s Piano Quartet No.2 (1861) is a work of much symphonic weight, it is also one of his sunniest and most relaxed. The Schubert Ensemble established this mood of optimism best of all, particularly with the sweetly affectionate tone of the strings, not least the delicate transparency of the wispy textures opening the slow movement. The performance was by no means saccharine, however, the performers painting a variety of colours as the music changed in character. The suitably coarse tone and wild demeanour of the raucous Hungarian theme of the finale was held in check as the music became introspective in the middle section, though without losing urgency. Throughout there was a palpable sense of direction, even in the gentle triple rhythm of the third-movement dance, the performance culminating in a rapture of triumph and elation.