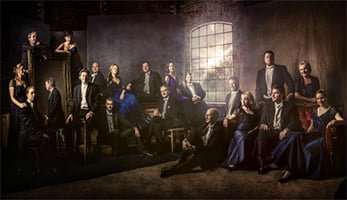 Harry Christophers says that he must have conducted Messiah more than 200 times, and as far as his abiding affection for this all-English stalwart is concerned, this performance sounded like it. The familiar sequence of Advent, Nativity, Passion and redemption was picked up again with a freshness against which resistance was futile. Christophers’s energised vision of the piece also reminded anyone with ears to hear that Messiah no longer stands alone as a blessed juggernaut of CofE spirituality but can be heard in context as a valid, subtle piece of non-secular theatre.

This was certainly the case with this emotionally wide-ranging performance, led by Christophers’s four soloists – two of them, Carolyn Sampson and Catherine Wyn-Rogers on The Sixteen’s defining recording of Messiah – who gave the narrative a bracingly vivid presence and directness. Even the most irredeemable bah-humbuggers would have rethought their Christmas stance in the light of James Gilchrist’s tremulously expectant ‘Comfort ye’ that grew in confidence into a stirringly robust ‘Ev’ry valley’, with lots of lively, vertiginous embellishments. His rather broad vibrato became more exposed in the tenor-dominated second part, but the flow from recitative to arioso to aria was highly expressive. 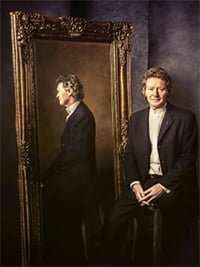 Even more intuitive was David Wilson-Johnson’s connective singing, delivered with full-on theatrical drama straight to the audience. The even, four-shades-black register of his voice was sine qua non for a grindingly sinuous ‘The people that walked in darkness’, and he seemed to carry the whole weight of Handel’s vision with a fabulously interior ‘Behold, I tell you a mystery’ and a heroic and athletic ‘The trumpet shall sound’, with an equally awesome trumpet obbligato.

Catherine Wyn-Rogers summed up the otherworldly potential of her music, like a sibyl in a withdrawn ‘But who may abide’, glowing in ‘O thou that tellest’ and epic in her pivotal performance of ‘He was despised’. The warmth and caressing resonance of her voice doesn’t quite prepare you for some astonishing blasts of power and volume. Carolyn Sampson shone her luminous soprano to rapt effect on the events of the Nativity, trumping the ‘Glory to God’ chorus with a radiant ‘Rejoice greatly’ that bubbled with carefree and dashing decorations and she opened the third part with an intense ‘I know that my redeemer liveth’, which summed up the spirit of this Messiah. They were a truly charismatic quartet, sparking off each other and the chorus and vividly enhancing the narrative.

The Sixteen Chorus, expanded to 40 with Genesis Sixteen (their training scheme for young singers), was in the same league of colour and attack. The contrast between Wilson-Johnson’s ‘The people that walked in darkness’ and the chorus’s airy ‘For unto us’ was just one example of Christophers’s finely-honed judgment serving Handel’s astute psychology, and there were many others. He totally understood how Messiah folds in and out of solos and choruses, and he lets you understand why particular soloists dominate specific areas of the work. His tempos were generally brisk, but with plenty of stand-and-stare time for the grand cornerstone events. His favoured orchestral sound didn’t strive overmuch for effect – most of the colours came from the singing.