“The Battle of the Somme, the five-month offensive recognised as one of the bloodiest campaigns of the First World War, took place 100 years ago this summer. Tonight’s concert reflects on that terrible battle … in words and music from both sides of the war…” [Barbican Centre website]

Samuel West (reader)*** including Edward Thomas’s The Cherry Trees, Ivor Gurney’s De Profundis, Charles Sorley’s To Germany, and Mary Borden’s Song of the Mud, together with writings from World War I British and German soldiers, and newspaper reporting at the time 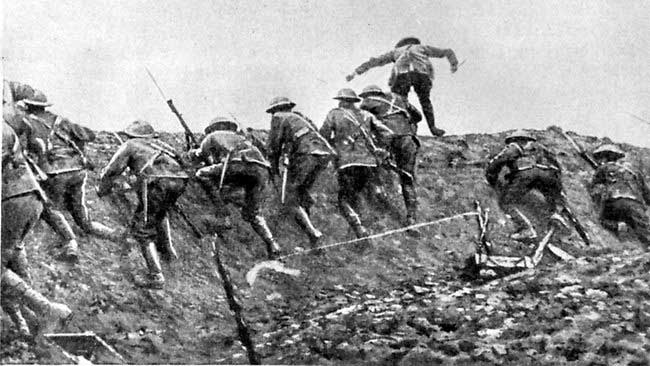 The Somme Remembered proved to be a poignant and sometimes unsettling reflection on the catastrophic loss of life during one of the costliest battles of the so-called “Great War” (1914-18). Serving this commemorative theme, taken from both sides of the conflict, was a mixed bag of music from composers of the time as well as our own contemporaries, interleaved with Samuel West reciting poems and other texts.

This miscellany approach seemed promising on paper (and was probably ideal for radio listeners) but at Milton Court the musical concoction of eighteen numbers, mostly on the short side and with few really standout pieces, never quite achieved a satisfying balance despite the programme’s focus and assortment. Daniel Saleeb’s For the Fallen and Hindemith’s Der Tod consequently dropped off the radar all too soon. But the latter’s ‘Traumwald’ (the final part of Melancholie) was a revelation, expressive in construction and this performance, thanks to Emma Tring and the Carducci Quartet.

Ivor Gurney, whose wartime experiences exacerbated his existing mental instability, was represented by Five Elizabethan Songs in an arrangement by Iain Farrington. Paul Brough drew from the BBC Singers well-shaped phrases in the consoling lines of ‘Tears’ (attributed to John Fletcher) and richly communicative singing in ‘Sleep’ (Beaumont & Fletcher). These qualities were ideal for Cecilia McDowall’s powerful Standing as I do before God – Edith Cavell’s final hour as she waited for her execution was all the more intense for Tring’s radiant singing. A darker intensity inhabited Gabriel Jackson’s equally moving Am Abend which sets disturbing words by Georg Trakl. Barely suppressed anger, resulting from the poet’s experiences on the Eastern Front, is intelligently conveyed in Jackson’s sinewy music and rendered with robust tone. Altos made the final line “grandsons, unborn” especially compelling. 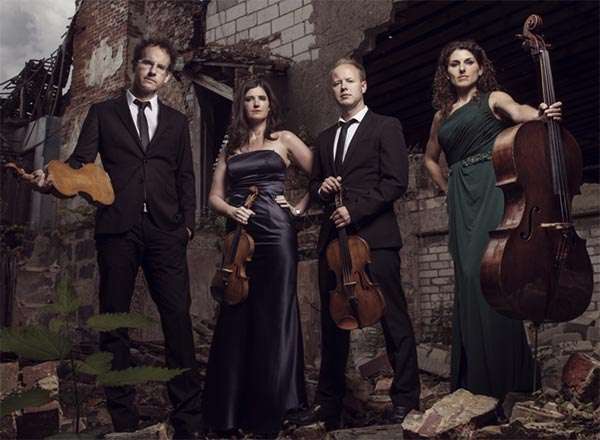 Holst’s Ode to Death is one of several works in which he articulated his response to World War One and which sets words by Walt Whitman. But performing this rarity (first given at the Leeds Festival in 1922) with piano accompaniment robs the piece of its orchestral colouration no matter how efficiently it is rendered. Richard Pearce’s sensitivity at the keyboard compensated in some measure, and he drew a wonderfully pellucid tone for its bell-like figuration in the final bars. Later Pearce formed a responsive partnership with Andrew Murgatroyd in George Butterworth’s ‘Is my team ploughing?’ creating a haunting contrast between the living and the dead. Butterworth was felled by a sniper’s bullet at The Somme; he was 31.

Ravel served as a truck driver at Verdun in 1916 and had begun his Trois Chansons two years earlier. Brough did much to underline the texts’ playfulness as did the Singers who now attempted (mostly successfully) to create tonal variety. If their diction wasn’t always clear then they variously brought vigour, resignation and impishness to the Songs. Following which Pearce played the ‘Prélude’ from the six-movement Le tombeau de Couperin.

Closing the evening was Judith Bingham’s An Ancient Music, imaginatively combining words by Wilfred Owen and Guillaume Apollinaire, with the Singers now in collaboration with three members of the Carducci Quartet and with West as a compelling narrator. So much did he hold our attention that one might have wished for more time to absorb the full impact of Owen’s letters to his mother containing in one a description of the Flanders mud as “an octopus of sucking clay”.

As a memorial to the tragedy of The Somme, the evening provided an intense and moving experience, and a reminder that, 100 years later, composers are still responding to the human sacrifice involved.