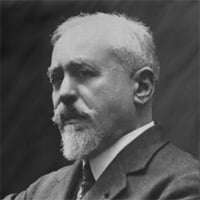 A well-planned concert added a new work to an appealing programme as the London Symphony Orchestra gave its last concert of the year. François-Xavier Roth – who won the Donatella Flick Conducting Competition in 2000 – is certainly a communicative conductor, one with a real sense of style, able to bring music alive without making it obvious. Dukas’s brilliantly inventive The Sorcerer’s Apprentice – no picnic for the orchestra – was a little tentative in places (so was the following Mozart) but enjoyed atmosphere and drama, Roth not afraid to lengthen pauses to heighten effect, but it was a stratagem was rather lost on those who think silence is an opportunity to cough. 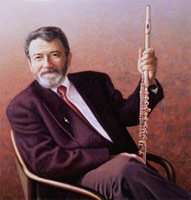 Mozart’s amiable concerto – here with too many violins in relation to not enough bass (just two of the ‘double’ variety) – fell too easily into a groove. James Galway, for all that he was no prisoner to pared-down tone or predictable phrasing, was not able to sustain the work, which needs more variety to prevent blandness. Bryn Lewis, the LSO’s principal harpist, was rather understated. Each of the three cadenzas was an ill-fitting stylistic diversion that became an indulgence. (Is Galway still employing the cadenzas by Karl Hermann Pillney that he recorded 35 years ago with Fritz Helmis, Karajan conducting?) Galway and Lewis offered an encore, a Traditional Irish number of infinitely more personality.

The latest UBS commission fell to Rachel Leach (born 1973). Tantivy (to gallop and a favourite word of Jilly Cooper, it seems) isn’t all forward momentum. What surprised is Leach’s – conscious or not – identifying with previous generations of English composers: a skewered waltz that Malcolm Arnold would have put his name to and a power of evocation that recalled (quite serendipitously) William Alwyn and Benjamin Frankel. None of these composer were strangers to writing film-music, and Leach’s very pleasing work has its ‘as heard on TV’ aspects. 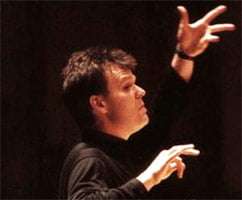 The LSO was now in its element and went on to do Saint-Säens proud. Saint-Saëns’s great symphony – just one of his masterpieces – has become known as the ‘Organ Symphony’, an erroneous sobriquet given that the instrument is but part of the composer’s kaleidoscopic orchestration and has nothing to contribute in the first and third movements and has only a supporting role in the second. The organist on this occasion was Daniel Roth, the conductor’s father.

François-Xavier Roth led an impressive performance: refined, expressive, lucid, and fully aware of the symphony’s trajectory and its peaks. The symphony is in two parts, each of two movements. The slow one successfully touched the heart without becoming mawkish and the scherzo was propulsive without sacrificing clarity, not least in the dazzling trio, superbly deft and detailed here. Roth dared a long pause before cueing the organ’s ceremonial entrance, which just avoided crudeness (organ-sound through a speaker rather than pipes isn’t the same thing). This finale brought attention – and invention – to dynamics on the conductor’s part and while he might have reined-in the brass somewhat (out of respect for what these instruments were capable of in Saint-Saëns’s day), this was a mightily impressive performance that built to a noble peroration. In these nationalistic-homogenised times, it was gratifying, through much of the symphony, to hear a recognisably native response to French music.