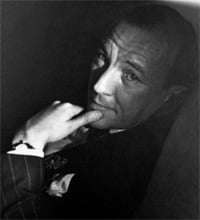 Both Noël Coward and Ivor Novello were products of their time and had much in common with each other. Both were born in the 1890s and both did their best work between the 1920s and the 1940s, taking their influences from the traditions of music-hall and operetta which they translated into the genres of revue, theatre and film. Both were popular performers and both became celebrated figures in the entertainment world. If Novello had a more general appeal, Coward’s following was perhaps more specialised, rather erudite and, well, more theatrical. Both men served in the First World War and entertained in the Second and both were gay at a time when that sort of thing was not spoken about, although Coward allegedly said that “there are still a few old ladies in Worthing who don’t know.” Although they were good friends, they were also professional rivals. Novello was a handsome matinee idol adored by all, whereas Coward, not the most attractive soul, was probably jealous of Novello’s appeal.

Of the two prodigious talents Coward had the longer and more productive career. Novello died suddenly in 1951, after which his star waned and his romantic-style musicals went out of fashion, although plans have been made to revive some of his shows. Coward lived on into the 1970s and was able to see his plays and songs return to public view in the many revivals of his 1930s’ works. If Novello had his finger on the public pulse, Coward was arguably the greater talent. While The Two Most Perfect Things celebrates both these great men equally, the compilers do point out that “the work they produced and their legacy to the theatre is very different.” When Coward was asked to compare his work with that of Novello, he answered: “When you leave one of my plays, you feel ashamed of the characters … when you leave one of Ivor’s, you feel ashamed of yourself.” 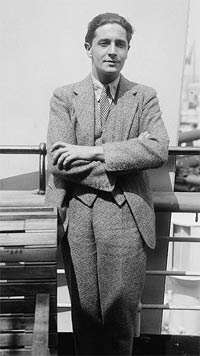 The piece sketches in the main details of the two men’s lives but the main point is the songs they wrote. Listen to ‘You were there’ or ‘Someday I’ll find you’ or ‘I’ll follow my secret heart’ (all by Coward) or ‘Waltz of my heart’, or ‘I can give you the starlight’ or ‘Some day my heart will awake’ (all by Novello) and you could be forgiven for finding it hard to differentiate between the composers; unashamedly romantic melodies with lyrics to match.

Both men were also adept at producing comic songs. Coward is well-known for his brilliantly funny turns of phrase, perhaps because in later life he appeared in cabaret performing them. Who can forget ‘Don’t put your daughter on the stage, Mrs Worthington’, or ‘Chase Me, Charlie (over the garden wall)’, ‘Mad dogs and Englishmen’ or ‘A bar on the Piccolo Marina’ and ‘The stately homes of England’ – all are imperishably and timelessly funny. Novello was also no slouch at the witty lyric, witness ‘It’s bound to be right on the night’, ‘What do you mean?’, ‘Vitality’ or ‘And her mother came too’. The last title received its definitive performance by Jack Buchanan, but is still often to be found in the repertoire of that doyen cabaret performer Steve Ross.

Adrian Fisher appears as Coward (‘The Master’) while Darren Bennett is Novello (‘The Governor’) at various points of their lives with Nova Skipp as Coward’s lower-middle-class mum and Margaret Preece as Novello’s ambitious singing-teacher mother. Despite their different upbringings both men started performing when they were children. Coward joined a dance class while Welsh-born Novello sang in Eisteddfods. Both became successful in their twenties, Coward with his plays and Novello with his songs. Most people forget or never knew that Novello wrote ‘Keep the home fires burning’ which became a popular anthem for the First World War. As an actor Novello appeared in Alfred Hitchcock’s film The Lodger about Jack the Ripper and even appeared in the silent-film version of Coward’s play The Vortex. In the 1930s Novello began appearing in a series of his stage musicals, Glamorous Night, followed by Careless Rapture, The Dancing Years, and King’s Rhapsody

Coward found his greatest success as a playwright in the 1920s with The Vortex, followed by Fallen Angels, Design for Living, Hay Fever, Easy Virtue, Bitter Sweet, Cavalcade, Private Lives, and Tonight at 8.30. During World War Two he appeared in David Lean’s film In Which We Serve in which Coward played a character based on Lord Mountbatten. He also wrote patriotic songs such as ‘London Pride’ and ‘Don’t let’s be beastly to the Germans’ and had a success with his play Blithe Spirit which was also filmed by David Lean. After the War, however, his new plays became less and less popular but his earlier ones continue to enjoy many successful revivals to this day. He performed in cabaret and appeared in plays and films up until his last appearance in the film of The Italian Job in 1969. He died four years later.

The four performers in The Two Most Perfect Things are all skilled singers and deliver the songs with impeccable enunciation which only goes to show how comparatively poor popular song-writing is today. If the shows are no longer staged the musical element will live on and it is good to be reminded of the skill and talent that composer-performers such as Coward and Novello exhibited in their lovingly well-written songs. Director Richard Digby Day assembles the material in such a way as to remind us of an era that should be cherished. The production is dressed to the nines in both sets and costumes that evoke an age of elegance and chic that we forget at our peril. We must remember the artistry and panache that a bygone age produced. By the way, if you are wondering what “the two most perfect things” are, they are, in the words of Noel Coward, “Ivor Novello’s profile and my wit.” Touché!