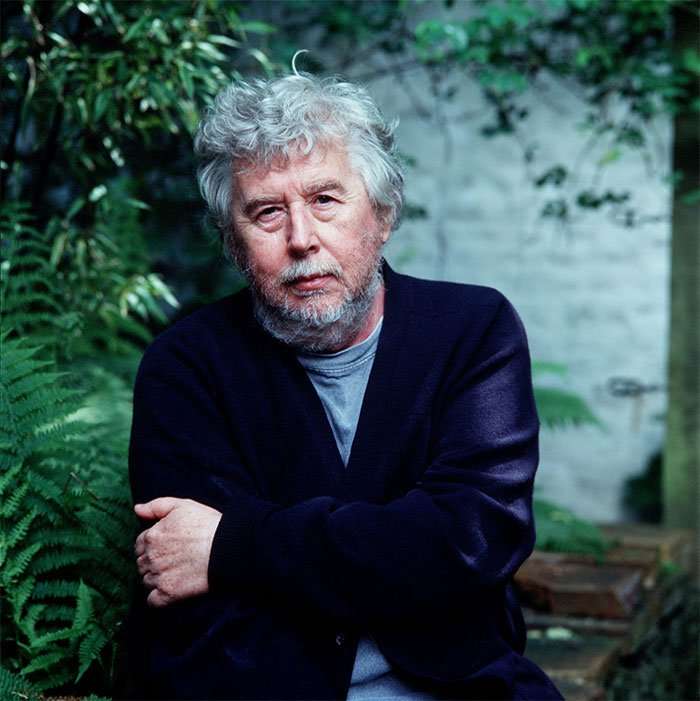 This ancient and modern programme chosen by Sir Harrison Birtwistle completed the quartet of Milton Court “curates” concerts that have been related to the “This is Rattle” series that inaugurated Sir Simon’s music directorship of the LSO, the first night including music by Helen Grime, Oliver Knussen, Thomas Adès and Birtwistle, they in turn returning the complement.

The latter opted to open with Edgard Varèse’s Octandre, for flute/piccolo, oboe, clarinet, bassoon, horn, trumpet, trombone and double bass. Dating from 1923, Octandre looks forward, yet also resonates the decade it was written in – fanciful no doubt to suggest that George Gershwin’s contemporaneous Rhapsody in Blue might be apparent in Octandre’s craggy and piercing lines, rhythmic vitality and lyrical intensity – eight instrumental tendrils competing for attention – but less whimsical to hear correspondences with Birtwistle’s own music even if the latter was unaware of Varèse when finding his own voice. Octandre was played in stellar fashion by an octet of Nash members directed by Martyn Brabbins.

Sir Harrison was present and together with BBC Radio 3’s Martin Handley an enlightening and engaging conversation ensued, witty too. Birtwistle’s interest in early music was apparent in Guillaume de Machaut’s fourteenth-century Messe de Nostre Dame, for which he has arranged “Plainsong Tropes” especially for this occasion, his scoring being the same as Octandre plus bass clarinet and vibraphone, the latter bell-like, a Trope heralding each of the Mass’s sections with instruments also added to the voices at the very end. It’s a wonderful meeting of minds across the divide of several centuries, and if one might note that the Machaut was given a ‘modern’ outing in terms of performance and acoustic (Milton Court the antithesis of a cathedral), under Brabbins’s leadership this elaborate music was sublime, vigorous and spiritually transporting – fifteen BBC Singers doing the honours – to which Birtwistle’s arrangements (suggesting hymns and carols) fitted perfectly to make for an engrossing thirty-five minutes. 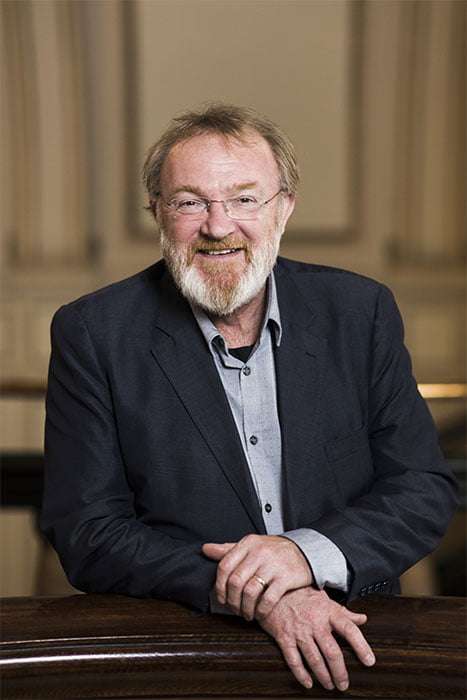 William Byrd’s Lamentations are believed to date from the 1560s and may be incomplete, even regarding those sections that survive. These a cappella settings – the BBC Singers now sixteen, if not The Sixteen – are plainer when compared with the adventurous Machaut if finding richer expression when the end is nigh, sung here with conviction and surety. Once again, and with tempos similarly well-judged for this dry venue, Brabbins didn’t impose a stylistic doctrine on the music, and then stood aside for Birtwistle’s Pulse Sampler (1981, later revised to embrace a more diverse range of percussion than the original claves). With his back to the audience, and seated, Richard Benjafield pulsed with metal, skin and wood while Melinda Maxwell ran the gamut of many notes and four music stands, the oboe part being continuous and allowing no time to turn pages; this is music in which the parts are independent yet need each other, and in which ritual and theatre are entwined … Pulse Sampler’s success depends on being in the same room as the virtuoso performers.

Finally, to end a long evening, The Moth Requiem (2012), scored for twelve female singers, alto flute and three harps – Birtwistle at his most Boulezian in terms of sonority. Using words by the late Robin Blaser (Birtwistle’s librettist for The Last Supper), The Moth Requiem celebrates and laments the named insect and also recalls one that was trapped inside a piano creating strange sounds in a bid to escape. In musical terms, Birtwistle creates many striking effects and timbres from the harps – including guitar-like and percussive – the alto-flute is seductive and vivacious, and played entrancingly by Philippa Davies, and the ladies of the choir are used ethereally and at the top of their range, individually and collectively. Maybe a few minutes could be shaved off the twenty to advantage, but the soundworld is alluring and an overwhelming sadness seems to inform the closing bars, hauntingly so. Under Brabbins’s undemonstrative yet scrupulous conducting The Moth Requiem was as graceful and as animated as the creature itself. All in all this evening was Harry’s Game.