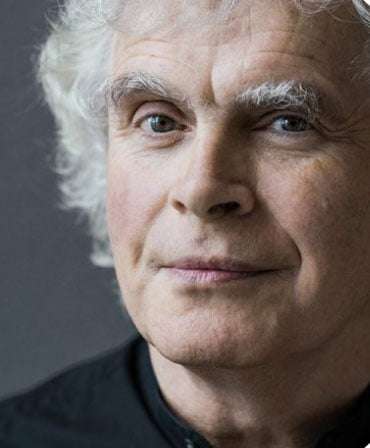 “This is Rattle” – a rather inelegant title, and also needlessly rammed home on screens either side of the platform that for me was a pain in the eye. Simon Rattle needs no introduction (I was first aware of him in the mid-1970s, a London Philharmonic concert that he shared with Sir Adrian Boult). Furthermore Sir Simon has never really been away (and easily found in Berlin for example, as he also will be this season, thanks to Philharmoniker webcasts); and since the announcement (in March 2015) of his impending LSO music directorship there have been frequent concerts in the capital – an extended honeymoon before the wedding – most recently a triumphant Gurrelieder at the Proms.

Nevertheless, this was Rattle’s first concert wearing his new LSO hat – and what an ambitious and wonderful choice of repertoire to hang it on. It was fitting that something equally new should get the evening started, and Helen Grime obliged. Fanfares, lasting four or so minutes, proved an iridescent and scintillating opener, lyrically infused at its mid-point, and if the ending leaves the musical door ajar, then there is more to come, for which Fanfares is a tasty appetiser.

Thomas Adès’s Asyla (Latin plural for asylum, here meaning both sanctuary and madhouse) has certainly caught on – ever since Rattle led the Birmingham first-performance in 1997. In London alone it’s been conducted by Dohnányi, Vladimir Jurowski, Metzmacher and Roth, and most recently by Adès himself, with the LSO last season. It’s a remarkable piece and was especially so here; Rattle led an urgent and intense account, revealing fully the music’s discombobulating eeriness, macabre marches and scathing trumpet tattoos. In those passages of loneliness and abandonment Shostakovich is called to mind, and in the wild sarcasms of the third movement we’re not far from the disco, the music stuck in a rhythm if gratifyingly so. As for the final section, which remains reminding me of what is found behind one of the doors of Bluebeard’s Castle – a lakeside view – the textures may be pellucid yet danger lurks. 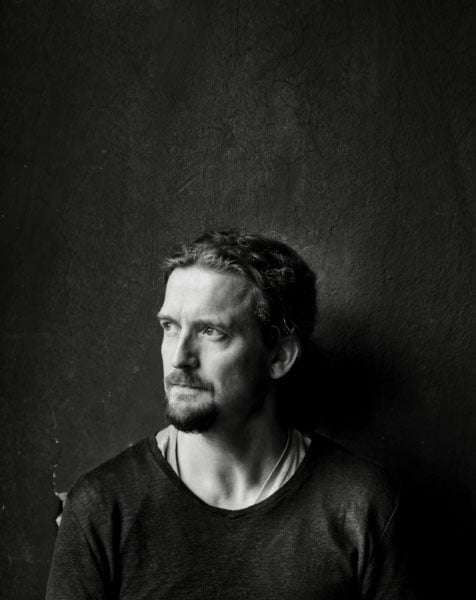 To close part one (ideally this concert needed two intervals to take stock of proceedings, and a much earlier start) was Harrison Birtwistle’s Concerto for Violin and Orchestra (2010) written for Christian Tetzlaff and premiered the following year with the Boston Symphony. It’s a subtle and intertwining piece, and of a similar length, circa twenty-five minutes, to Asyla. Surely of no greater listening challenge than the Violin Concertos of Bartók and Berg, Birtwistle’s example has shape, substance and expressive import (really quite romantic at times). It also has a ritualistic aspect, germane to this composer, for (although I don’t recall this happening at the UK premiere, Proms 2011, Tetzlaff/BBCSO/David Robertson) numerous principal players came forward to share the limelight with the violinist (“and Orchestra”) – in order of appearance: flute, piccolo, cello (already at the front), oboe and bassoon. It worked for the ear, these solos thrown into relief. What was also striking is how the work gathers strength and momentum organically, and through characteristic Birtwistlian gestures of emphasis and instrumentation; and the reflective concluding couple of minutes – pizzicatos and crusty percussion – came across as the inevitable outcome, the final pizz going to Tetzlaff who had played superbly throughout.

Following the interval, it was good to once again hear Oliver Knussen’s 1979 Third Symphony (he conducted it during BBC Proms 2012 to relishing effect). It’s a single-movement work that ranks in design and quality with Symphonies by Lennox Berkeley, Roy Harris, their respective No.3s, and Sibelius 7. Knussen’s fastidiously crafted score begins as it will end; in between there is a white-hot powerfully concentrated musical argument to arrest the intellect and tease the ear (the orchestration includes harp, celesta and guitar) with calmer if no less concentrated episodes and thunderous climaxes. These particular seventeen minutes flew by.

As for Enigma Variations (recorded by Rattle during his CBSO days) – well, I really don’t know. Imperishable masterpiece it certainly is, and there were moments here of freshness and eagerness, and if the playing didn’t always have the watertight precision of everything that had preceded it there was no doubt that the LSO was up for it. But! Generosity of expression was countered by some rushing, and the strings (violins not antiphonal) were dug deep into by bows and became over-insistent, ‘Nimrod’ was soulless, and the grand conclusion was a little pushed-through (and no organ, that I heard, but it is marked ad lib and even more so in this venue). I felt adrift from what was going on – maybe it had been such a treat and tonic to re-visit the other pieces, especially when performed with such tangible belief and dedication, that I was now at one-remove anyway. Three players should be cited for their eloquent Elgarian contributions: Alexander Zemtsov (viola), Rebecca Gilliver (cello) and – more Schumann’s Piano Concerto than Mendelssohn’s Calm Sea – Andrew Marriner on clarinet.

However, there was a real ‘listen again’ quality, in spades, to the rest of the programme, and you can do just that, and there are I am sure many exciting and rattling times ahead. For the record, Helen Grime and Sir Harrison were in attendance (so too Alfred Brendel, Bernard Haitink and Mitsuko Uchida), and I understand that Thomas Adès was in America and Oliver Knussen was rehearsing, he has a Rattle-related concert of his own this Saturday in Milton Court.