Concerts of the Germanophile American baritone Thomas Hampson are often the tip of a musicological iceberg: he has meticulously investigated the literary and textual origins of the songs he performs, made discoveries and presents to his listeners the fruits of his research in both a scholarly programme article and in a performance which throws fresh light on familiar music. Not for Hampson routine repertoire or a straightforward recital; each concert is a themed event. Moreover, he has recently expanded his career into an ambitious crusade to promote song as an enrichment of human life. This has an on-line presence.

On this occasion the unusual element in the first half was that Hampson and Rieger gave a complete performance of Schumann’s Kerner cycle (not an ideal term, as Misha Donat pointed out in his excellent programme-note to these songs: this is a Liederreihe rather than a Liederkreis), while in the second Hampson and his collaborators had applied their archaeological skills to “Dichterliebe”.

Hampson is at that desirable point in his career when vocal powers and interpretative imagination are perfectly balanced. In the “Kerner-Lieder” the first impact was made by his accompanist Wolfram Rieger, who made much of dynamic contrasts and sforzandi in the opening song. The attention soon passed to his partner in the following song: ‘Stirb, Lieb’ und Freud’ taxes the singer’s vocal control with its high soft phrases in head voice. Hampson conquered this challenge and quickly settled any nerves. The two performers also undertook a long motionless pause before proceeding to the next song ‘Wanderlied’ and carried the audience with them.

Hampson tends to set himself demanding tasks: his programmes put a premium on stamina, both vocal and intellectual, and this was no exception. He was attempting to unite a disparate set of songs (a possible reason for their rarity). This he did, not by smoothing over their variety but by accentuating the range of vocal resource needed to perform them. Indeed these songs represented a fine vehicle for both performers’ versatility. The early songs tend to alternate between extravert and inner emotions, between grand gestures and miniature forms. Sometimes there are quite drastic mood-swings within a single song, of which ‘Wanderlied’ was an early example. The spirit of exuberance with which the song starts was, if anything, a little overdone but Hampson made up for this by flooding his tone with gentle warmth at “Da grüssen die Vögel”. ‘Sehnsucht nach der Waldgegend’ began with vast expansive phrases, only to shrivel into puny nothingness at the end. 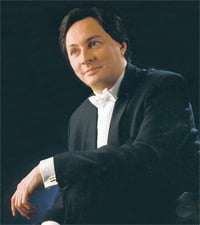 One repeated theme, as presented by Hampson and Rieger, was distance, from home, from the beloved, from contentment. In ‘Wanderung’ absence from home was mitigated by the possession of the beloved’s talisman next to his heart and the poet was able to roar out his confidence in an uninhibited fortissimo, while in the following ‘Stille Liebe’ a mood of dejection overwhelms him as he becomes conscious of his failure to communicate his veneration of her in poetry. This song benefited from the eloquence of the accompanist in the long postlude, so typical of Schumann in providing a commentary on poetry and vocal setting.

Composed in its original form of 20 Heine settings from the poet’s “Buch der Lieder” in 1840, it is understandable that the cycle we know as “Dichterliebe” did not achieve publication in that year, given the flood of compositions which flowed from Schumann’s pen, including the Heine Liederkreis (Opus 24) and “Myrthen”. The programme article by Hampson, Renate Hilmar-Voit and Carla Maria Verdino-Süllwold encompassed the negotiations with publishers and Schumann’s correspondence, showing that the composer continued to regard the original version as a representation of his true intentions; the writers argue cogently that Schumann found a profound affinity with the Heine, which he must have been reluctant to dilute. He had met Heine in 1828 and wrote about him in terms which suggest that he readily connected with the ironic flavour of his poetry, so faithfully reflected in the composer’s settings. Corroborative evidence was presented in the printing of the prologue to Heine’s “Lyrisches Intermezzo”, a narrative poem in which an idealistic poet dreams naively of the fulfilment of his love, only to have his delusions exposed and to be returned to the reality of his poorly furnished room. Frustration, resentment and rancour are therefore identified as the prevailing mood of the cycle. 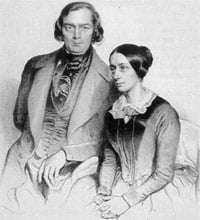 Some of the four additional songs did seem out of place in the context and I am not convinced this was due to the shock of hearing them intrude on a familiar and much-loved work: ‘Es leuchtet meine Liebe’ and ‘Mein Wagen rollet langsam’ both seemed too long for the context. They have much to offer in thmselves: both have macabre narratives, the former dramatically set by Schumann, while in the latter, after the onomatopeiac closing lines, the pianist comes into his own. ‘Lehn’ deine Wang an meine Wang’ was the only one of the four which had the pithy economy so characteristic of “Dichterliebe”. Quite rightly these songs have not been lost: they were eventually published in the Opus 127 and Opus 142 collections but, to these ears, they disrupt the stylistic continuity of what is, in the final version, a supremely self-contained work. If Schumann himself was responsible for their excision, he made a wise decision.

The surviving songs had clearly undergone some modifications in the process of finalising the work. On several occasions the original version exhibited a plainer vocal line than the accustomed one. This was evident from the opening song, in which the appoggiaturas on the syllables “Herzen” and “aufgegangen” were absent. A similar lack of impact was felt when the crucial words “Träne” and “weinte” were left bare in ‘Ich hab’ im Traum geweinet’. Some differences in the piano part and in dynamic markings were also notable. ‘Das ist ein Flöten und Geigen’ was probably the most extreme instance overall.

The interest in this performance was not, however, merely its curiosity value. The overall sweep of the work was always coherent, with gaps between songs curtailed, and the detail at crucial points vividly presented. “Doch wenn du sprichst: Ich liebe dich! So muss ich weinen bitterlich” in the fourth song saw the paradox powerfully enacted, with the singer’s tone reduced to a whisper by the end. The less piquant atmosphere of the original cycle was epitomised by the low ending to ‘Ich grolle nicht’.

The singer was sparing in gesture and pose, the pianist hunched over the keyboard in an intensely inward commitment to the music. The latter showed his inventiveness and technical command, mostly in supporting the singer, sometimes in upstaging him: the postlude to ‘Am leuchtenden Sommermorgen’ was played at a daring ppp. The conclusion of the work was significantly followed by a lengthy silence before applause began. A single encore, “Du bist wie eine Blume”, and a few endearing words from the singer completed a memorable evening.