On the sunny side of the street; It don’t mean thing … if it ain’t got that swing; Stella by Starlight; Summertime; Autumn leaves; My funny Valentine; Well, did you evah!; Mack the Knife; Moon River; Danny Boy (Londonderry Air); I’ve grown accustomed to her face; A Tribute to Bobby McFerrin 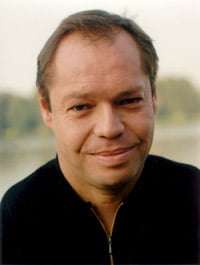 The term ‘crossover’ has become a very dirty one, and it’s usually when opera singers lower their sights and cross over to the other side, the ‘dark side’ known as ‘popular music’ or the ‘hit parade’. Many a successful opera-singer has come a cropper in taking the baton and running with it for an album of show-tunes. Sometimes it just doesn’t work, but for Thomas Quasthoff it works a treat, perhaps because he was already into jazz and pops before he entered classical music.

In this the third of three concerts at Wigmore Hall, the first of Schubert, the second of Mahler, Quasthoff presented an evening of jazz including some of the songs to be found on the album he released last March (“Watch What Happens: The Jazz Album”, DG 477 6501). The album’s title track comes from the Michel Legrand/Jacques Demy song in “Les Parapluies de Cherbourg”. Also on the album are songs by Gershwin, Fain and Webster, Stevie Wonder, Arlen and Mercer, Lerner and Loewe, Rodgers and Hart, and Charles Chaplin. He is accompanied by a group of top jazz artists and members of Deutsches Symphonie-Orchester, Berlin. 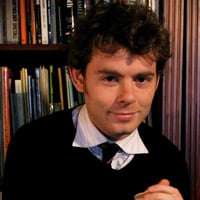 For his Wigmore Hall gig he was accompanied by composer, pianist and singer Gabriel Kahane. Between them they had the Wigmore audience rocking with laughter and cheering for more. Thomas Quasthoff is a victim of the thalidomide drug, so he has short legs and arms and only three fingers on each hand. That does not, however, prevent him from having a perfectly successful singing and teaching career. He considers his main work to be teaching and he does only about fifty concerts a year. His jazz album was just something he wanted to do and his jazz evenings will not be usurping his ‘classical’ recitals.Freed from the song-cycle, Quasthoff is an amazing entertainer. His rapport with an audience is just mind-boggling, as he jokes and makes fun at the Wigmore’s expense. He claims to have been suffering from influenza but you couldn’t tell; his voice was in such good shape. That deep, dark brown bass-baritone is just made for the American song repertoire in such numbers as ‘Stella by starlight’, ‘It don’t mean a thing’ and ‘Summertime’, and his version of the Gershwin was quite mesmerising and he ‘plays’ some of the other instruments by vocally imitating them, with a trumpet, saxophone and harmonica obbligato. For ‘My funny Valentine’ he is also the trumpet and trombone accompaniment. In his tribute to Bobby McFerrin he provides all the coughs and sneezes, hiccups, gargling and spitting, too, in a beautifully sustained performance that beats McFerrin at his own game.

You are never quite sure if Quasthoff is offering an imitation or just a tribute to his favourite singers as he throws in Satchmo or Billy Daniels. He’s been compared to Lou Rawls, Bing Crosby and Nat ‘King’ Cole but I think I detected a hint of Mel Tormé in there somewhere. He does ‘Mack the Knife’ in various styles and Lotte Lenya, Sammy Davis Jr and (I think) Peter Pears or Ian Bostridge in a neat piece of sending up the classical mainstream, while the (alleged) student notebooks of Pierre Boulez segue into ‘Autumn Leaves’.

I have never seen a Wigmore Hall audience having so much fun and Quasthoff and Kahane were obviously enjoying their improvised evening immensely, especially when they tackled Cole Porter’s ‘Well, did you evah!’ as a fast-moving duet. You will be pleased to learn that this concert had been recorded by BBC Radio 3 for future transmission.