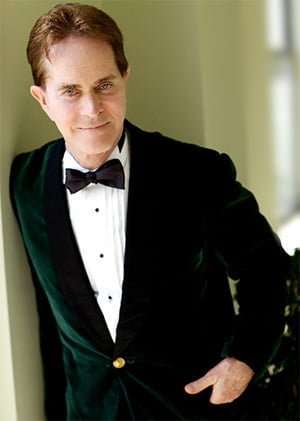 Steve Ross continues his two-week tenure at The Crazy Coqs with a programme called Through the Years, compiled largely from his favourites of the many songs he has performed. “It could be called a collection of the eclectic”, he says. First and foremost it is a collection of superb standards performed by a master of style and melody. As was evident in the Cole Porter evening the previous week, Ross matures splendidly with age, his voice having acquired extra body and richness. And if it is eclecticism one wants, what about a selection that reaches back to Chopin’s Waltz in B Minor (the second of the Opus 69 set, showing off Ross’s splendid command of the piano) and treats us to Irving Berlin’s ‘Alexander’s ragtime band’ (“102 years old and I hope I wear as well.”) with classics by Gershwin, Rodgers & Hart and Noël Coward alongside selections by Flanders & Swann, Joni Mitchell and John Wallowitch.

Ross has long been able to find choice numbers that have been neglected, and he also provides verses that enhance familiar tunes – the brief, but effective verse to ‘Nevertheless’ was a particular delight, and new material included ‘There will always be’, a rarity by Coward. Ross is particularly generous – over thirty songs in a show running nearly two hours (including interval), and what riches he produces. Included are the classic saloon-singer’s confession that probably touches everyone in the room, Gretchen Cryer and Nancy Ford’s ‘Old friend’, Joni Mitchell’s rueful ballad of self deception, ‘Both sides now’, and one of the most heartbreaking songs of parting, Leonard Bernstein’s ‘Some other time’, from On the Town, omitted from the film version because MGM considered it “too sad”. Ross blends it with the haunting waltz, ‘Till tomorrow’, persuading the audience to join in, which is from Fiorello, arguably the finest score by Jerry Bock and Sheldon Harnick.

Ross skilfully mines the humour of such numbers as ‘Hungry women’ (by Milton Ager and Jack Yellen), sung by Eddie Cantor back in 1928, Irving Berlin’s lament of a dying man, ‘Cohen owes me 97 dollars’, and the amusing ‘I’ve been married’ from a musical of My Man Godfrey by Alan Jay Lerner and Gerard Kenny, left incomplete when Lerner died. Ross dedicates a heartfelt rendition of Coward’s ‘London pride’ to his audience, manages the tricky feat of getting us to join in a chorus of ‘I guess I’ll have to change my plan’, plays the piano for a show-stopping medley of Edith Piaf numbers, and resurrects the gems, ‘My town’, a tuneful George M. Cohan tribute to his beloved New York, and E. Y. Harburg’s lyrics to Offenbach’s ‘Barcarolle’ (The Tales of Hoffmann), titled ‘Adrift on a star’, from the sadly neglected score of the musical The Happiest Girl in the World. For two hours of happiness dedicated to the best of popular song, catch the sublime Steve Ross while you can.