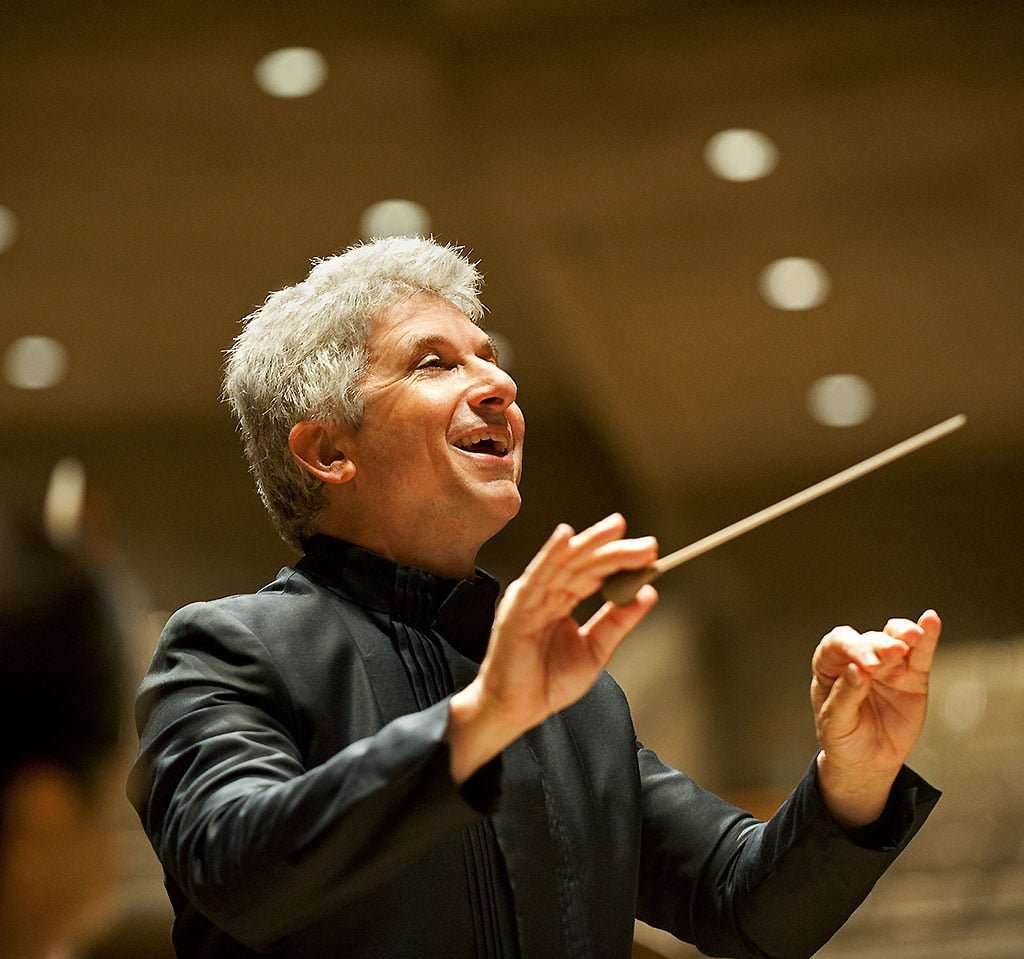 This concert, part of the Toronto Symphony Orchestra’s five-city Florida tour, began with a trumpet fanfare, launching the Polonaise from Tchaikovsky’s Eugene Onegin. The TSO was a bit off-balance in the early bars, but righted itself as the main theme rang out. Best of all were the central passages, woodwinds framing the gorgeous cellos, leading to the stirring conclusion of this grand ball.

Music director Peter Oundjian, leading a somewhat reduced ensemble, treated the extended introduction to the Chopin in a symphonic manner. Once the piano entered, he scaled the TSO to the role of accompanist. Jan Lisiecki, born in March 1995 and already enjoying an international career, gave a sparkling account of the solo part, the Concerto written when the composer was the same age as today’s pianist. Lisiecki demonstrated dazzling technique, displaying not only great power but also a gentle touch. His shapely phrasing allowed Chopin’s lyrical tunes to shine through and he dashed off pyrotechnic passagework. The central ‘Romanze’ was lovely, the piano singing out sweetly to match the strings’ statement, and the Finale had the character of a folk-dance, and Lisiecki communicated an infectious sense of enjoyment.

For the ‘Pathétique’ Symphony, the TSO returned with violins now arranged antiphonally, cellos changing places with the seconds, double basses now to the left of the stage. Oundjian’s reading successfully brought out the music’s pathos. In the Adagio that opens the work the bassoons and double basses set the dark mood that interjections by oboes, clarinets and horns did not dispel. A beautifully played viola passage led the transition to the Allegro, flutes brightening the atmosphere. The violins’ statement of the slow, nostalgic theme was glorious, and its repetitions on Joaquin Valdepeñas’s clarinet were quite touching. Oundjian never rushed the music, allowing each passage its due impact, and letting each voice be heard. He gave the 5/4 second-movement a dance-like delicacy, the TSO especially excellent when trumpets and woodwinds were accompanied by pizzicato strings.

The third movement, a march marked Allegro molto vivace, began at breakneck speed. The TSO was marvelous here as the music surged forward, to its seemingly triumphant conclusion that, inevitably, brought a burst of applause (despite Oundjian’s hint at the concert’s outset that the Symphony has a slow and sad ending). And in that Adagio lamentoso the Torontonians all but shed tears, Oundjian consummately managing the contrasting textures, and the final passages, introduced by horns, a gong stroke and a brass-choir dirge, were heartbreaking as the pppp notes on cellos and basses died away.