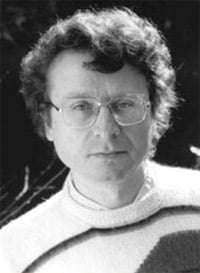 This concert formed part of the second in a BBC Symphony Orchestra series of three “Total Immersion” days devoted to talk, films and the music of Karlheinz Stockhausen, Tristan Murail and Iannis Xenakis (the latter’s ‘day’ is 7 March).

This Jerwood Hall concert kicked-off the celebration of Tristan Murail (born 1947), now widely regarded as the most influential living French composer since Pierre Boulez and credited as one of the originators of what is termed “Spectral” music”. Murail and his fellow composers of L’Itinéraire (a concert-giving ensemble formed in 1973) were not only brought together by an active dislike of serialism but by an interest in the acoustical properties of sound (spectra) as a means of forming a new musical language.

Winter Fragments (2000) was inspired by Murail’s changing landscape as he moved to a new house overlooking a beautiful lake outside New York City. It was also a reaction to the sudden death of his friend, the composer Gérard Grisey in 1998; a sense of shock lends the piece a feeling of loss and grieving. Electronic keyboard and sound projection augment an ensemble of flute, piano, cello and clarinet. The enormity of the loss is heightened by the amplification of certain instruments, such as the flute and, in particular, the piano, whose shuddering enormous chords seem even more momentous in their intensity as heard through loudspeakers. In addition, the pre-programmed computer-generated and amplified sounds add weight and resonance to a piece that plunges the depths of despair with little respite.

The lengthy solo piano, Territoires de l’oubli (Territories of Oblivion, 1977), is perhaps the most obvious example of where Murail departs from the music Boulez and the ‘points’ of Stockhausen. The more-lush, denser textures owe more to Liszt than to any 20th- or 21st-century counterpart. Here Murail explores the piano as a means for experimenting with sound, as an “instrument of resonance”, the sustaining pedal depressed throughout the piece, which lasts some 30 minutes, a single movement encompassing a huge variety of moods and textures, seemingly endlessly repeated notes, gradually transformed by pulse and harmony, delicately shaded fluctuations of pace, glittering cascades and a series of furious explosions before settling back into calmer waters. Rolf Hind performed this work with great concentration and dexterity, clarifying its complexities while making light of its considerable demands. 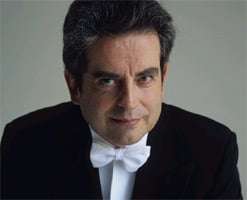 The three remaining works short chamber works represented “Spectral” music at its driest and most intense. Treize couleurs du soleil couchant (1978), features a small ensemble and live electronics, is more impressionistic in tone with sound projection more restrained. The net effect was that the harmonies played by non-modulated instruments were enriched by the electronic ones.

Hugues Dufourt (born 1943) treads a similar path to Murail. Hommage à Charles Nègre (1986) is scored for an exotic collection of wind instruments, vibraphone and electric guitar. Atmosphere and texture is very much the significant features of this piece, the unusual use of instrumentation creating a sense of brooding and a feeling of disquiet.

Murail’s Pour adoucir le cours du temps (2004-5), uses a large ensemble of wind and strings supplemented by piano, electronic keyboard and live electronics to startling effect. Swathes of metallic percussion sounds are, as Julian Anderson describes them “filtered and re-synthesised to form both the sources of pitches and electro-acoustic sonorities”. It’s a piece of around 20 minutes, the acoustic-sounds of the ensemble punctuated by gigantic swathes of subterranean electronic effects.

Guildhall New Music Ensemble played throughout with conviction and intense concentration, perfectly comfortable in music that comes from with the head than the heart but rarely fails to engage.