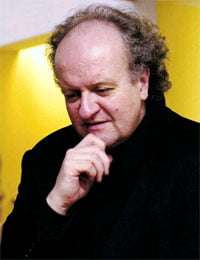 As well as films and talks, there were two concerts on this day as part of the latest BBC Symphony Orchestra “Total Immersion” focus, this time the subject being the music of Wolfgang Rihm (born 1952). And 13 March is also Rihm’s birthday. Two works of very different length and intent filled this afternoon concert, played with unimpeachable virtuosity and dedication by the London Sinfonietta under the lucid direction of Baldur Brönnimann.

Bild (eine Chiffre), from 1984, is scored for viola, cello, double bass, horn, trumpet, trombone, piano and two percussionists. Whatever its picture and its cipher, this work has its inspiration in Luis Buñuel’s 1929 surreal ‘short’, “Un chien andalou”. Rihm’s score is not a soundtrack, for he advises the music should be played before or after the film or even fragmented within the film, as long as the scene (early on) in which an eyeball is slit is left silent. (There is a link to the film below.) Without the stimulus of the film, as was the case here, Bild (eine Chiffre) – which begins with a whip-crack and a baleful scream, percussive tattoos to the fore – is, to the ‘innocent ear’, music that is disturbing and which increases in mania, the piccolo trumpet issuing a piercing summons. 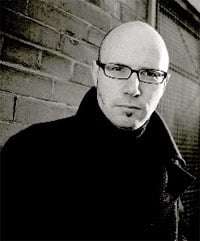 At seven minutes Bild (eine Chiffre) proved difficult to grasp at a first listen, yet the 52-minute continuously-playing Concerto ‘Séraphin’ (completed in 2008) made a more absorbing first impression. With a starting-point that is “Theatre of the Séraphin” by Antonin Artaud, Rihm has conjured a compelling sonic experience for sixteen musicians (some doubling and trebling on instruments). About halfway through listening was becoming something of a chore, yet the final twenty-five minutes or so flew-by. But even when an uphill struggle, the dense and glittering textures, the pulsations, the beautifully expressive cor anglais solos, the freeze-frame punctuation and the lyrical asides all seemed to be making a whole. For all the combinations and spotlighting of instruments, the ‘concerto’ aspect seemed subservient to a vast and diverse scale. Certainly Rihm can turn corners deftly and introduce ideas and colours that captivate in their newness while sustaining a relationship with what has gone before. The music is bracing, sometimes beguiling, illustrative, and the rhythmic patterns really are compelling. Two pianos come to the fore or form an important, sometime oblique part of the texture; percussion stimulates discourse, horns ring out, the harp’s strings are struck by a metal beater to create cimbalom-like timbres, and oboe and trumpet form an ear-catching duet.

And so much more … shimmering beauty, dramatic tension; Concerto ‘Séraphin’ demands to be listened to and requires returning to. It may therefore have been premature of BBC Radio 3 to broadcast this concert and some of the evening one later on the same day for anyone wishing to ‘listen again’ – but there is always Listen Again. Next year’s “Total Immersion” composers are Brian Ferneyhough (26 February), Unsuk Chin (9 April) and Peter Eötvös (14 May).