Requiem Masses for murdered royalty. Hervé Niquet and Le Concert Spirituel, the period-instrument orchestra he founded thirty years ago, have dedicated themselves to Baroque and early-Classical French repertoire, and they created a great deal of interest with their 2016 CD of Requiems for Louis XVI and Marie Antoinette by Cherubini and Charles-Henri Plantade (on the Alpha label), which the same forces brought to the Barbican Hall, a stalls-only event for collectors of rarities and – who knows? – for a few French royalists. 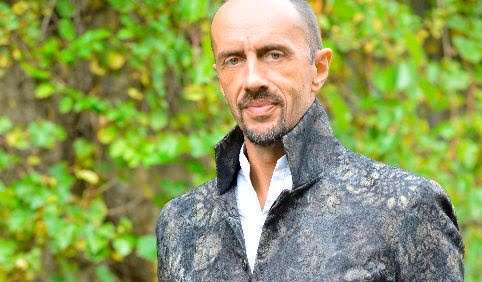 At the beginning and end of 1793, the French Revolution sent the monarch and his queen to the guillotine. Their remains were exhumed from their first burials and reinterred at Saint-Denis in 1815 after the monarchy was restored in the person of Louis XVIII. Luigi Cherubini (1760-1842), the Italian musician who spent most of working life in Paris, was commissioned to write a Requiem Mass for their reburial. A skilful servant to two masters, he had also supplied music to celebrate Louis XVI’s execution. Cherubini’s almost-as-long-lived contemporary Charles-Henri Plantade (1764-1839) wrote his Requiem to the memory of Marie Antoinette for a service marking the thirtieth anniversary of her death in 1823. Both composers knew and had worked for the doomed royal pair before the Revolution.

This particular Cherubini Requiem is well-known and has been championed by such as Muti and Giulini. Plantade’s setting was rediscovered by Niquet, who also included in this concert the three Tristia pieces by Berlioz to give an overview of post-Revolution French music. The Plantade is liturgical – that is, short, with no soloists, and bringing in the familiar plainchant to the ‘Dies irae’ sequence and the Benedictus and with no great reliance on academic fugue. There are a few effects from tam-tam, various drums, and brass (including some proto-Mahlerian horn moans in the Pie Jesu), but the style is retrospective, often Baroque. Cherubini’s is far grander but still liturgical. It is no stretch to imagine the music setting off the sombre splendour of elaborate ritual. His style is more overtly dramatic, with his ‘Dies irae’ nudging near quasi-Verdian pathos and its opening oddly anticipating Britten at the same point in War Requiem. Again there are no soloists, but there is plenty of choral rhetoric, theatrical orchestration and some big tunes. The three Berlioz pieces reminded you of the gulf between him and Cherubini.

Frustratingly, both performances also gave an idea of how magnificent both settings would sound with bigger forces and, heretically, even on non-period instruments. Niquet’s arrangement of choir and orchestra – fourteen men and fourteen women facing each other collegiate-style, with the orchestra behind – sounded self-contained and didn’t exactly reach out, and, in the Plantade, much of the string-playing suggested more than it delivered, although it was fuller and louder for the Cherubini; the sound on the CD is much more evenly balanced and vivid. The women of the chorus had terrific presence, and were particularly robust in Berlioz’s The Death of Ophelia, backed up by an orchestral luminosity reminiscent of the Colin Davis Berlioz sound. The haut-contre tenors made their mark in the Plantade, and overall the choir added an inimitably French style and seductive pronunciation of the Latin text. Niquet’s balletic conducting was often more emotional than the results it produced, but he and his forces were still faithful to the events the two Requiems eloquently commemorated.