Isabella Gellis
For Peace and Country – Opera in two parts and an interval [sung in English, with back-titles] 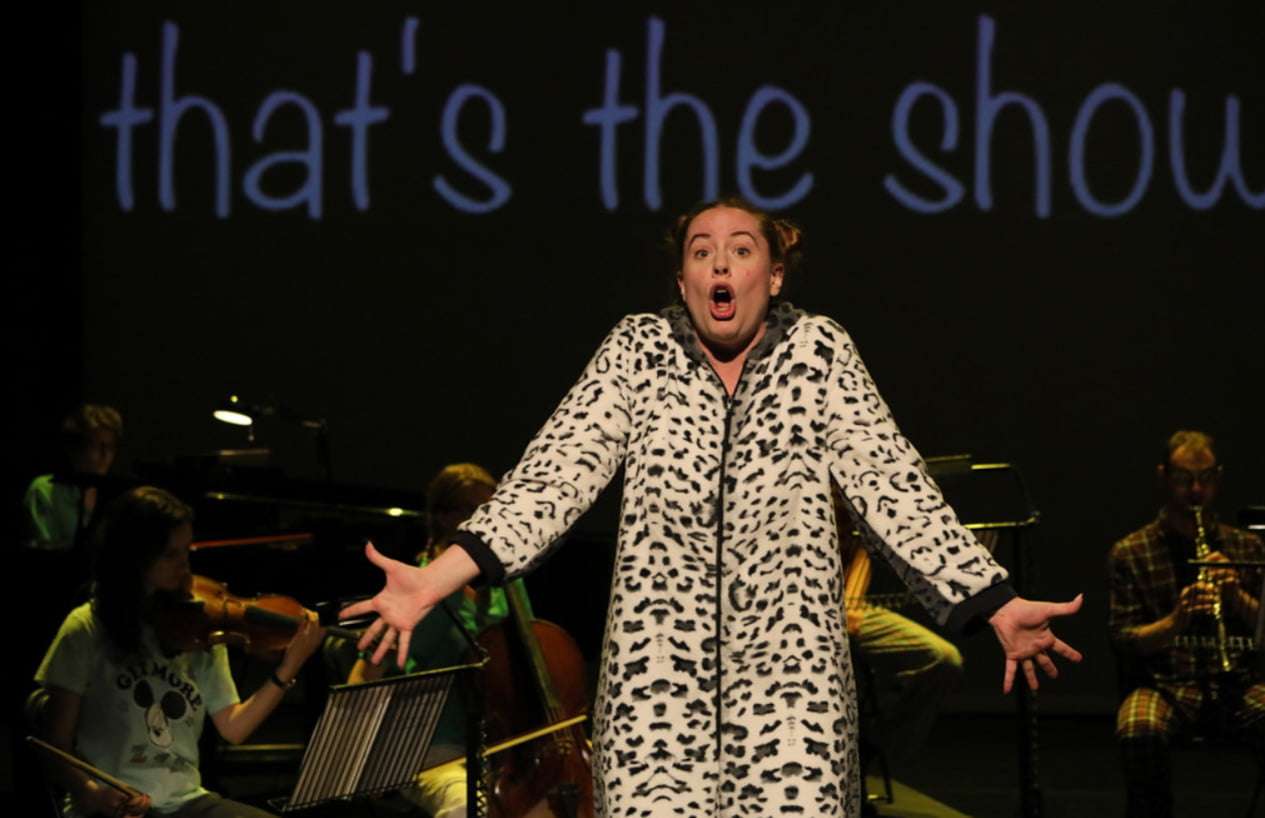 In summer, with the country-house operas either over or coming to an end, the Grimeborn and Tȇte à Tȇte festivals, in London, rush in to fill the vacuum with short runs (Grimeborn) and one-offs (Tȇte à Tȇte), with fairly basic staging and a fringy feel geared to accessibility for what is deemed a ‘difficult’, exclusive entertainment. In just over two weeks, Tȇte à Tȇte moves from a pond on Hampstead Heath in the north to Sydenham Hill in the south via various more central and one secret locations.

Isabella Gellis’s half-hour For Peace and Country is the result of her discovery of a long-forgotten video her sister made as a child of her production of the battle between the king and queen (two stuffed toy pugs) and the marauding Elephantonia (something pink and cuddly with a trunk), all elaborately scripted and enthusiastically staged, with a cast of other creatures and a happy ending.

Gellis’s ambitious music, scored for a group of seven winds (no oboe or flute), bulked up by a couple of strings and a piano, is eruptive and reactive, with bursts of lyricism, and is witty and attractive – and it reminded you of the skills involved in entering (or trying to re-enter) the child’s mind, deferring tactfully to Ravel in L’Enfant et les sortilèges and Oliver Knussen in Where the Wild Things Are.

Lotte Betts-Dean, dressed in a snow-leopard-print onesey, had that odd childhood self-containment as she marshalled her cuddly, reluctant army into battle, and her big voice, impressive range and gift for characterisation gave us a little girl in total control of her world.

This one-hander is just the right length, has bags of charm and sly insight, it can be suddenly very touching, and it is easy to imagine it involving children (although there were none in the audience). The scripted interval was fun, as was the complete screening of the ur-video, and Elias Peter Brown and his team negotiated the mercurial score with infectious panache.