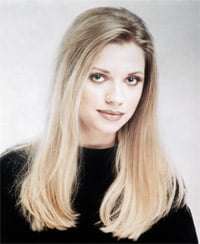 Touted as the piano queen of YouTube, Ukrainian pianist Valentina Lisitsa recognised her mammoth recital at Royal Albert Hall as “the most important concert of my life, so far, by a huge margin.” 43 million views on the internet’s top video site had got her here; Decca was on hand to make a recording for release only a fortnight later. The heavy hype resulted in a respectable audience of maybe two or three thousand – enough to half-fill the hall – along with who-knows how many more following the online stream.

Lisitsa isn’t at the beginning of her career: she’s 39 and has known the hardship of obscurity. She told us as much in a disarming introduction to the recital (she also joked about the concurrent clash between the football teams of Ukraine and England), but once at the keyboard, she dispensed with the casual banter and became a woman utterly focused on the task. Had she had her way, Lisitsa wouldn’t even have paused to allow applause between any of the evening’s items; only when she let a few seconds too much to pass between the end of one piece and the beginning of the next did the mostly attentive audience interject.

Flowing from one work to the next made for some striking contrasts, such as the thunder of Liszt’s solo piano version of Totentanz after Chopin’s E flat Nocturne, but sometimes pieces demanded a little more space, such as Rachmaninov’s mighty B minor Prelude. I wonder how many in the audience noticed where one Scriabin piece ended and the next began: the Poèmes and Études ran like a continuous train of musical thought.

The programme – chosen by Lisitsa’s YouTube admirers – began with a view of Liszt’s Hungarian Rhapsody No.12 that alternated command and dreamy lightness and that found more worth in the music than can sometimes be the case. Mozart’s C minor Fantasy was cast as a distinctly Beethovenian drama that took off in the toccata-like passages but seemed a little uniformly gloomy. Lisitsa’s playing, though, was elevated to a different level for three Schubert songs in Liszt’s arrangements. The ardent longing and regret of Des Mädchens Klage and the gravely intoned weight of Der Doppelgänger displayed her mesmerising intensity of feeling that never strayed into overstatement. Erlkönig demonstrated the remarkable strengths of Lisitsa’s technique, particularly her articulation, which never muddied the rapidly repeated octave chords that pulse throughout.

Beethoven’s ‘Moonlight’ Sonata was the largest work in the programme. The first movement benefitted from Lisitsa’s refusal to apply excessive rubato, though the rapid finale felt a little two-dimensionally dispatched. It was the central Allegretto, though, that impressed most; not the inconsequential interlude that it can seem, but a gentle appeal for softness and restraint.

So much of the concert’s second half delighted and surprised with colour and sensitivity that the bombast of Totentanz seemed a diversion from what Lisitsa does best, revealed in the selection of pieces by Rachmaninov, such as the rapid articulation and shading of the Sixth of the Opus 39 Étude-Tableau or the ringing urgency of the G sharp minor Prelude. Wonderful things abounded in the Scriabin and Chopin selections, not least the velvety softness of Scriabin’s ‘Mosquito’ Étude and Chopin’s D flat Nocturne. Lisitsa’s staggering technical security was wholly at the service of the music’s poetic priorities. Thankfully, Lisitsa returned to Schubert in the first of two encores, playing Liszt’s arrangement of Ave Maria, before successfully prioritising the melody over the effusions of Liszt’s La campanella.

The elephant in the room during all of this was the room itself: solo recitals have been given before in the Royal Albert Hall’s giant interior (big enough to convince the organisers of the need for two large screens above the stage to give pianist-close-ups), but it’s a trade off between the prestige of the place itself and the value of the listening experience. So much of Lisitsa’s playing was expertly scaled to the space, but a second hearing in at a more intimate venue would really be needed to give the most considered view of her work. Her Bösendorfer, though, spoke with remarkable presence: warmer and broader than the Steinways we’re so used to hearing. It was such a piano sound that I could never quite shake the suspicion that we were getting a little discreet amplification. Whatever the case, Lisitsa did her 43 million proud. For once, the hype was justified.