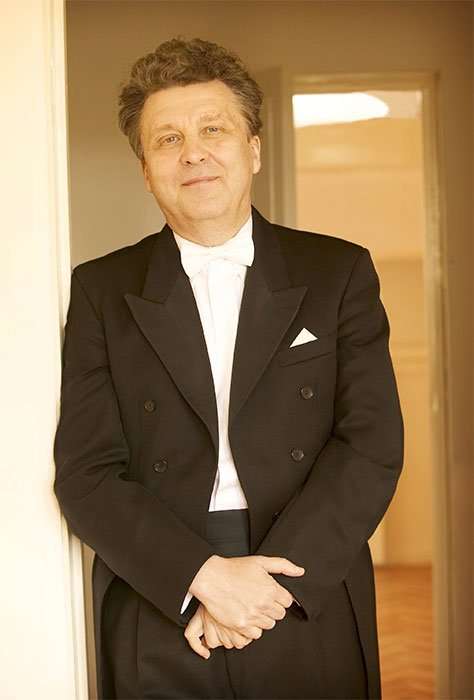 The wisdom of mounting a public choral-orchestral concert by students who have been together for just two weeks was called into question on several occasions during it, but by the conclusion of the final work it was clear that everyone taking part would have learned a very great deal from the experience.

The programme itself was an uncommonly interesting one, opening with a rarely encountered operatic chorus. ‘Mondchor’ from Otto Nicolai’s The Merry Wives of Windsor opens the final scene of the opera, set at night in Windsor Forest; the members of the chorus are the townspeople, gathered to witness Falstaff’s humiliation. The balance between Chorus (forty-five-strong) and the Orchestra (eighty-five) was not well judged, the latter frequently obfuscating the singers, the atmosphere failing to approximate to night in any genuine re-creative sense of expectation or mystery.

Anyone performing in Milton Court Concert Hall must be mindful of its acoustics, which ought not to be taken for granted; the sound is boxy and, in so far as the singers were concerned, any pretence at blending with the players was largely absent. The work – about five minutes in duration – had barely begun before the closing bars arrived; in this acoustic, the nocturnal woodland scene might have been mid-day in Summer.

Vaughan Williams’s Serenade to Music is one of his unalloyed masterpieces. It exists in four versions: for sixteen solo singers and orchestra (the original, written for Henry Wood); for four soloists, small chorus and orchestra; fuller chorus and orchestra (no soloists); and orchestra alone. The version we heard was for chorus and orchestra, but the problems of balance and atmosphere encountered in the Nicolai were not addressed to any greater degree. Once again, the subject is contemplation at night, and once again Vassily Sinaisky did not capture the essence of the work to any consistent degree: his opening tempo, rather than pulse, was more than a shade too fast, not permitting the music to rise from a contemplative mood such as we have heard from more sympathetic interpreters. The opening orchestral paragraph should have begun at a far lower dynamic, and at a more considerate tempo, made manifest by the arrival of the wonderful little trumpet fanfare which appeared almost as an afterthought rather than as an organic development, the too-fast tempo detracting from Vaughan Williams’s carefully-wrought structure.

Nonetheless, it was clear that everyone taking part knew they were performing a masterpiece, with Ionel Manciu, playing the violin solos with admirable poise and excellent tonal phrasing. The opening and closing soaring soprano lines were splendidly evocative, but one missed the great moments of tutti singing as the choral balance was none-too-well judged.

In Enigma Variations the Orchestra came into its own, though once again Sinaisky was unable to create the proper atmosphere in the first half of the work, made more disappointing by too matter-of-fact phrasing and tone colouration from the strings in the ‘Theme’ and in the first Variation, which were disappointing. These opening pages are the first glimpses of Elgar (the Theme itself) and his wife (‘CAE’); they were late-Victorian country folk, not urban sophisticates, and until the second portrait arrives, we should sense their characters, so wonderfully caught by the composer (as he does throughout the work). On this occasion it was as a rather too fast run-through: only in the third Variation did Sinaisky catch the correct pulse of the music. After that, things got better, and after ‘Nimrod’, very much better.

Sinaisky observed a long pause after ‘Nimrod’, but the ambience did not quite merit it (a more impressively suitable effect could have been obtained had he held the final chord for a further paused bar, with an a niente diminuendo), yet from Variation X (‘Dorabella’) to the end this account truly caught fire, with some beautiful solo playing (Jeremy Tonelli-Sippel, viola; Leo Popplewell, cello; Hui Lam Lo, clarinet) which matched the heightened sense of orchestral compulsion that became almost tangible in the great ‘EDU’ close, an added organ (Richard Hall) contributing a marvellous layer of fundamental support which the music truly needs but rarely gets.

On this showing, the Guildhall School has an orchestra well worth nurturing: if it can play like this after two weeks, I’ll be first in the queue come the Christmas programme.