This debut appearance from one of Sweden’s oldest chamber orchestras gave a varied programme of nature-related music in the second of its UK concerts begun at St George’s Bristol and ending at London’s King Place. At Turner Sims, the 35-piece Västerås Sinfonietta, under chief conductor Simon Crawford-Phillips, filled the stage, its proximity bringing wind and brass into closer focus than one might normally hear, yet without loss to overall balance. 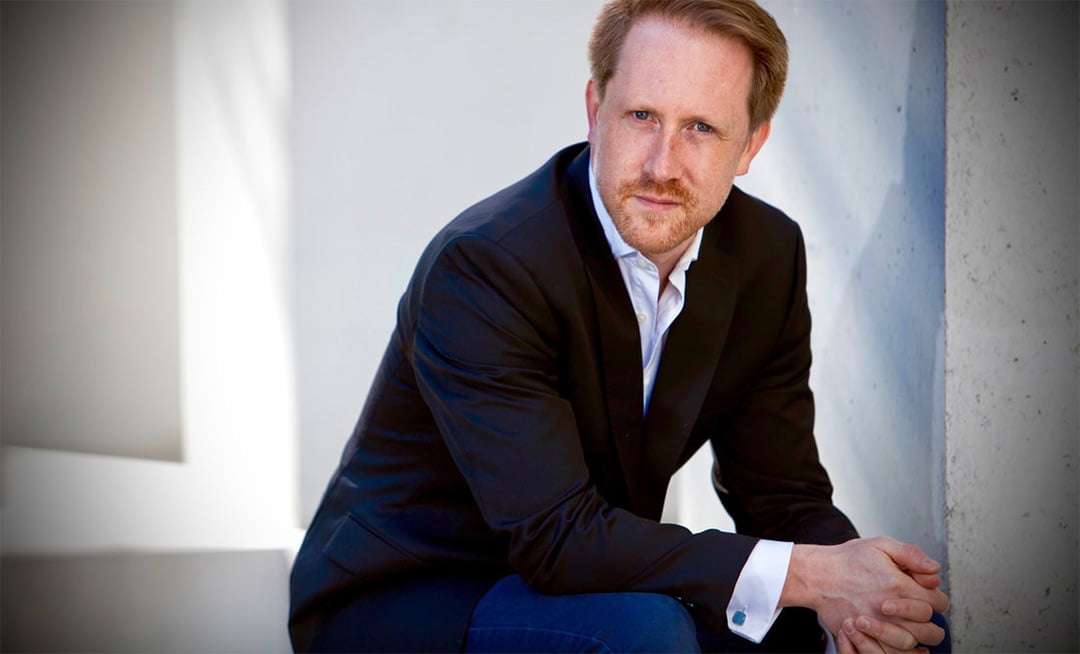 Wind sonorities were certainly in evidence, including two beguiling clarinets, in Mendelsohn’s vivid evocation of Mull’s windswept vistas and surging seas, so too a prominent timpanist underpinning the string writing to impressive effect. The god of the west wind in Greek mythology was the creative spark for Andrea Tarrodi’s ten-minute Zephyros from 2009, a work of striking sonorities if over reliant on string tremolandos. But this Swedish composer (born 1981) writes effectively for orchestra (as evident too in her 2017 prom commission, Liguria) and here creates an array of bright colours. These allowed chirruping woodwinds to interact playfully with iridescent string textures and a pair of two horns glowed benignly in a closing slow processional paying homage perhaps to Zephyros himself.

We returned to earth in György Ligeti’s characterful Concert Românesc, an early work from 1951 that one might not immediately identify as being the work of a composer who would later produce Le Grand Macabre, but its eastern European folk associations and (in the last movement) echoes of Bartók are readily apparent. It’s hard to believe the Hungarian government felt the need to suppress this work, disapproving of dissonances resulting from its “authentic folk music”, or that it would be twenty years before it received its first public performance. Innocuous modalities charmed the ear, a zesty bacchanal was suitably punchy and exchanges between an offstage horn and assorted arabesque figures, all cleanly dispatched, added plenty of Carpathian colour. But it was the unbuttoned elan of the closing movement with its stomping rhythms and shrieking woodwind where Västerås Sinfonietta gave us a foretaste of Ligeti the anarchist.

After the interval came another intense evocation in Dvořák’s Silent Woods, with cellist Paul Watkins as the ardent soloist in a gratifying collaboration, Crawford-Phillips coaxing playing of haunting rapture. Watkins was then joined by Turner Sims Associate Artist Lawrence Power for Brahms’s Concerto for Violin and Cello. Inspired by Swiss mountain air during the summer of 1887, it’s a mixture of rugged grandeur and shared intimacies to which Power and Watkins responded with fierce intensity and wistful delicacy. That said, I’m not entirely persuaded by Power’s change from viola to violin – as I found myself increasingly bewitched by Watkin’s effortless touch.

They rounded off the evening with Sibelius’s pizzicato Raindrops, but the concert ended with a stunning account of Mozart’s overture to The Magic Flute. If any orchestra needs a reason to play from memory, without a conductor and removed from conventional platform spaces this was it. Its revitalising effect on Västerås Sinfonietta was immediate, throwing fresh light on these mostly young and superbly gifted players.