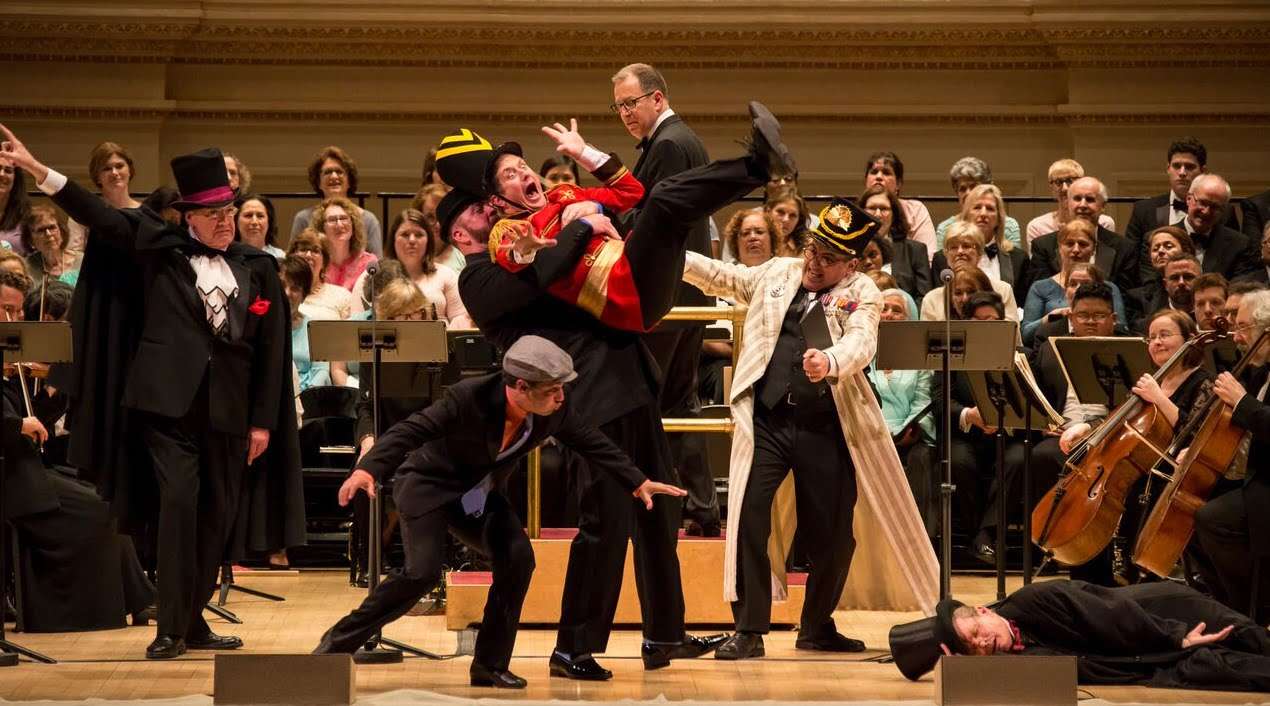 Ted Sperling’s MasterVoices, joined by Broadway stars, concluded its season with Victor Herbert’s Babes in Toyland (1903), a brilliant account of a dated work that, despite many delightful moments, has been eclipsed by the great American musicals that followed. A clever narration by actress Blair Brown included a satiric element through references to the absurdity of the plot – which was adhered to more closely than in any of the versions for film and television, including from Laurel & Hardy.

The story revolves around orphans Alan and Jane, whose already-rich Uncle Barnaby hires assassins to kill them in order to steal their inheritance. The children, fascinated by nursery-rhyme characters – Tom-Tom the Piper’s Son and Contrary Mary – survive two such attempts, and in Act Two find themselves in Toyland with no explanation of how they got there. Indeed, as Brown pointed out, there was no mention at all of Toyland in the first Act! An evil Toymaker is commissioned by Barnaby to create playthings that will murder the kids, but Alan overhears the plot and gets the implements to turn on their creator instead, only to find himself convicted of homicide. All ends happily when Barnaby drinks the poisoned wine intended for Alan, who is pardoned, and the orphans are able to marry their sweethearts. 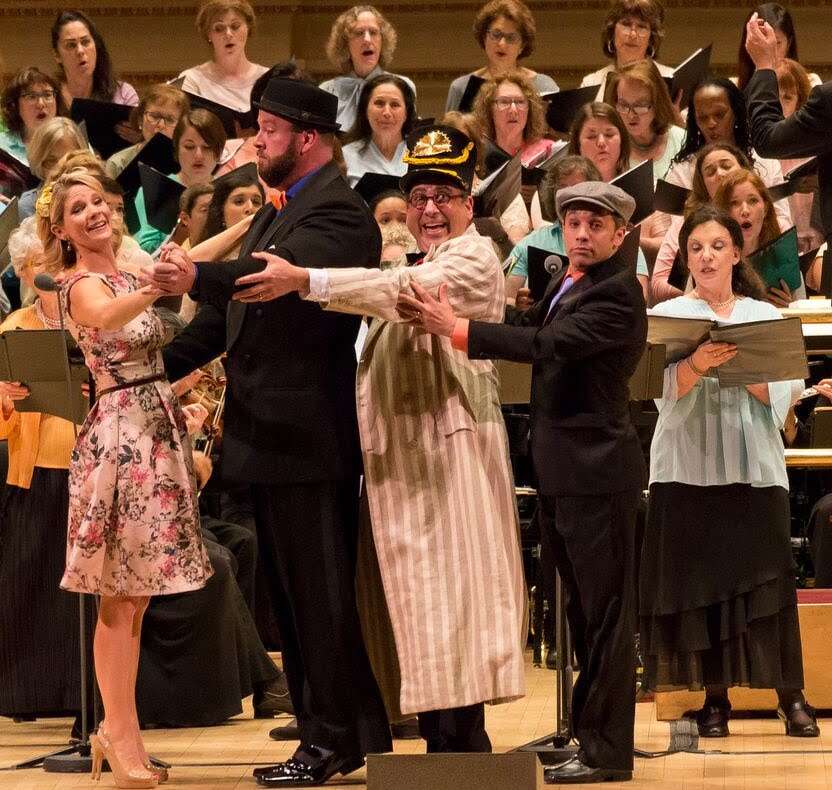 Christopher Fitzgerald and Lauren Worsham were terrific. The former’s comic timing was impeccable as he cavorted disguised as a Gypsy woman and also a soldier, and during ‘Song of the Poet’ he essayed “Rock-a-bye Baby” alternately as Cockney ditty, American show-tune and Italian Opera, the latter with white handkerchief in hand. In ‘I Can’t Do the Sum’ Worsham parodied the type of mathematics questions that drive students to distraction, and she was gorgeous in her eponymous number, and also in ‘Our Castle in Spain’, a duet with Jay Armstrong Johnson’s Tom. Kelli O’Hara sang beautifully in ‘Mary, Mary’ and also ‘Barney O’Flynn’, and with Fitzgerald in ‘Before and After’ during which Mary and Alan tell how relationships can deteriorate following marriage. O’Hara, Johnson and the men of MasterVoices combined for a lovely rendition of the familiar ‘Toyland’.

Jonathan Freeman – with top hat, black cloak and booming voice – was a sinister Barnaby, and Chris Sullivan and Jeffrey Schecter were most amusing as the inept assassins, as well as a spider and a bear when Alan and Jane are lost in ‘The Spider’s Den’ at the end of Act One, and ‘If I Were a Man Like That’, in which Sullivan used new lyrics (by Joe Keenan) satirizing President Trump. Bill Irwin was hilarious as the Toymaker, singing, dancing – and dying – inimitably, and Michael Kostroff was delightful in ‘Beatrice Barefacts’, during which the bumbling Inspector Marmaduke seeks advice from Mary, whom he believes to be an ‘agony aunt’.

Andrew Palermo’s staging was excellent, so too Marc Salzberg’s sound-design, and costumes were both attractive and effective. Of course, this concert presentation could not possibly match the original extravaganza, with a cast of over two-hundred participants, more than one-thousand costumes, and spectacular effects that included a shipwreck and a ballet of moths. The members of MasterVoices performed ably, some appearing as forest spirits, widows, and others. Sperling led the St. Luke’s players in a pleasing rendition of Herbert’s music; however, the score contains few memorable melodies, but thanks to these stellar renditions, this was a fun-filled evening.