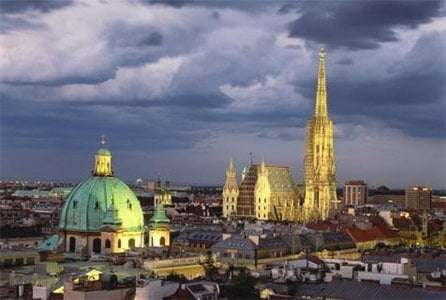 Carnegie Hall’s “Vienna: City of Dreams” festival was appropriately launched by the Vienna Philharmonic Orchestra, conducted by Franz Welser-Möst, in a program that paired Schoenberg’s Friede auf Erden with Beethoven’s inimitable ‘Choral’ Symphony. The combination was brilliant, given their common message of brotherhood and everlasting peace.

Schoenberg wrote Friede auf Erden (Peace on Earth) in 1907 for a cappella choir, but later added a modest-size orchestra primarily for harmonic support. This brief work (eight or so minutes) comes near the end of the composer’s tonal period and already shows signs of exploratory melodic and harmonic invention. Schoenberg, who equivocated about his religious affiliations, chose for Friede auf Erden a text taken from an 1886 poem by Swiss writer Conrad Ferdinand Meyer. The work represents a rare expression of the composer’s Weltanschauung – a profound longing for eternal peace that would unify the human race. Its message relates to Schiller’s advocacy of universal brotherhood in his Ode to Joy, which Beethoven used for the finale of his Ninth Symphony. Meyer’s poem contains four verses: the first tells of the “glad tidings” represented in the Nativity; the second bewails the bloodshed that has swept through history since then; and the third and fourth proffer harmony and peace. The superb New York Choral Artists gave a supple and refined performance, imbuing the soft strains of the opening with a liquid glow, and the fervent cries of “Friede, Friede” with just the slightest degree of desperation. Balances were excellent, allowing Schoenberg’s evocative harmonic shifts to enhance the words’ expressive character. Welser-Möst shaped the arched swells beautifully in a seamless reading. 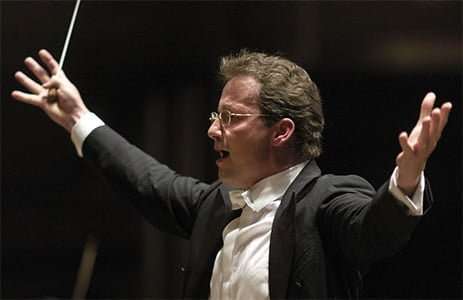 Beethoven’s Ninth followed without a break. Certainly the performance was generally impressive, yet although few superlatives remain to be said about the Vienna Philharmonic, some aspects of its playing were less than satisfying. Violins lacked incisiveness in articulating the dotted rhythms of the opening movement’s principal theme and in tutti sections the sound produced was a bit fuzzy. Woodwinds were distinct, though and Ronald Janezic’s horn solos were forthright.

Welser-Möst’s reading was consistently energetic, moving the music urgently forward with rarely a moment to breathe, making some passages sound hurried and even imprecise, and deprived the first movement of a mysterious atmosphere. Even climaxes lacked the full measure of their dramatic force given such impulsive haste. The shuddering tremolos in lower strings that give the last of these climactic passages its riveting intensity were buried. Such a tempo is not out of place in the scherzo, but relentless drive carried forward into the trio, forcing its gentler strains as disaffected. Most disturbingly, the Adagio also suffered from Welser-Möst’s unyielding pressure, losing its meditative character. Despite the notable contribution of the chorus, sometimes overwhelming, and the vocal quartet, even the finale lost much of it harmonic splendor and had its strength diminished. The performance concluded in unmitigated display. Since audiences today are often more impressed by speed and power than with nuance and expressivity, wild applause ensued.