Strauss
Salome – Opera in one Act to a libretto by the composer based on Hedwig Lachmann’s German translation of the French play Salomé by Oscar Wilde [concert performance; sung in German with English supertitles] 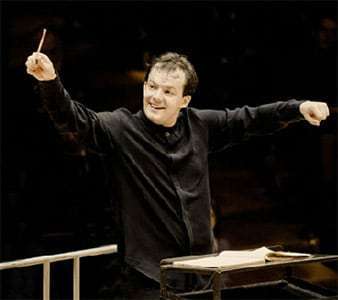 This concert performance of Richard Strauss’s Salome, a landmark in the development of twentieth-century opera, was given as part of Carnegie Hall’s “Vienna: City of Dreams” festival. Andris Nelsons, music-director-designate of the Boston Symphony Orchestra, conducted the Vienna Philharmonic and a cast that included Gun-Brit Barkmin in the title-role.

Strauss utilized a huge orchestra for a rich and brilliant palette of colors and exciting rhythms, and Nelsons drew superb playing from the VPO. He was a dynamo on the podium, contorting himself every which way as he cued and directed the performers. There were many memorable moments at crucial points in the opera’s plot. These included a terrific contrabassoon solo, played over tremolos from the violas, just after Jochanaan curses Salome, and ‘Dance of the Seven Veils’, which began rather slowly, Nelsons emphasizing detail more than dance rhythms at first, but building up to a spectacular and pulsating climax. At the point where Herod accedes to Salome’s shocking demand for the prophet’s head and Herodias gives the death-ring to the executioner, clarinet and trumpet riffs and whooping horn arpeggios rang out thrillingly. A series of sforzandos on a double bass heightened the tension of Salome’s waiting for the return of the slayer, then screaming strings and an overpowering bass drum crescendo marked the delivery of the head to her. In the opera’s concluding moments, incessant woodwind trills created an aura of suspense broken only when Herod orders his soldiers to kill her. 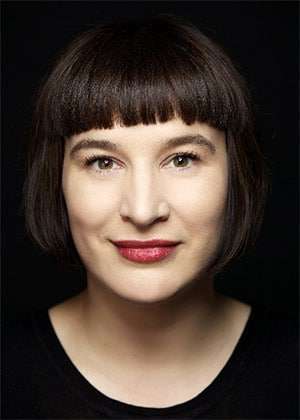 The cast sang from elevated platforms on either side of the stage, entering and exiting, which helped to convey a sense of the drama. As for the previous evening’s Wozzeck, the absence of physical action and props served to remove much of the opera’s grotesquerie. Salome did not dance or disrobe and, in the final soliloquy, we were spared her kissing the severed head. This made the performance less shocking than a staged presentation, but also eliminated elements that might distract from the music.

Barkmin – costumed in an art-deco style, angel-sleeved black dress and matching hat – gave a charismatic, unflagging and vocally engrossing portrayal of the Judean princess. Tomasz Konieczny, replacing Falk Struckmann, was excellent as Jochanaan, his voice resonating powerfully even when he sang from offstage representing the prophet’s imprisonment in a cistern. His and Barkmin’s exchanges were sung from opposite sides of the stage, which made sense in the context of the plot, since Jochanaan is repelled by Salome’s desire for bodily contact.

Gerhard A. Siegel was marvelous as Herod, capably meeting the challenges of the high tessitura and giving a virtuoso portrayal of the nervous and troubled Judean Tetrarch. His growing angst over memory lapses, evil omens, and the sound of beating wings that only he can hear was utterly convincing, as were his distress when confronted with Salome’s ultimatum and his confusion when he notices that his death-ring is missing. Jane Henschel, wearing a glittering red robe, was a powerful Herodias, hectoring and mocking her hapless husband and cheering for her daughter’s outrageous requirement.

Others in the cast, drawn from the Vienna State Opera, all gave excellent performances, with Ulrike Helzel as Herodias’s Page and Carlos Osuna as Narraboth making particularly strong impressions. The ensemble of five Jews was a tour de force, bringing out Strauss’s use of clashing musical lines to convey the incoherence of their quarreling over petty points of religious doctrine, in contrast with the more solemn contributions from the two Nazarenes.