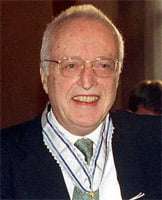 The world’s greatest orchestra? Not on the evidence of this concert. The sad reality is that of late the VPO has operated a safety-first policy of touring with bankable names without developing the relationships once enjoyed with Böhm, Eugen Jochum, Karajan and Carlos Kleiber (although by all accounts Georges Prêtre’s New Year’s Day concert to begin 2008 was an honourable exception).

This was a curious programme which might have been entitled “Poème de l’amour, la mort et la mer”. Gergiev has conducted a fair amount of Berlioz in London, including a complete concert performance of “Benvenuto Cellini”. Undoubtedly London is now ready for a more Romantic alternative to Sir Colin Davis’s magisterial classically-focussed explorations of Berlioz. This was not it. Gergiev’s extended sequence covered all of the high-points of Berlioz’s ‘Dramatic Symphony’, but despite the splendour of the VPO’s actual sound, real drama was in short supply. Part of the problem is that the VPO produces completely the wrong well-padded sound for Berlioz and, equally importantly, unlike some other major orchestras, the Vienna musicians are not capable of modifying it (although I seem to recall Lorin Maazel having more success when he recorded the work there).

The opening tumult, a frenzied string fugato, was heavy and earthbound rather than springing rapier-like off the page; however, the arrival of the Prince, marked by sonorous interjections, was undoubtedly impressive, as were the double basses. ‘Romeo Alone’ and the succeeding ‘Ball’ were played with far-too-full string tone and consistently too loudly – being at once both perfunctory and crudely in-your-face. Far from seething with barely suppressed passion, the great ‘Love Scene’ started swiftly at a throbbing mf and got louder. The whole point about making love is that ones reaches a climax – whereas Gergiev’s Romeo was clearly a man in search of instant gratification and little feeling for subtleties: the headily lingering perfume of an Italian summer’s night was in short supply. 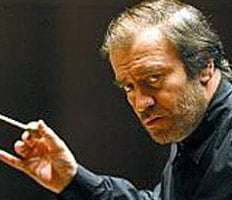 By contrast, although the last two movements – ‘Queen Mab’ and ‘Romeo at the tomb of the Capulets’ – were distinctly fallible in terms of execution, at least they did bring us closer to the spirit of the music with a fine (uncredited in the programme) lady cor anglais player in the gossamer world of ‘Queen Mab’ (magical distant horns at its close) and some really hypnotically discriminating clarinet-playing from Peter Schmidl in ‘Romeo at the tomb…’ where Gergiev’s theatrical instincts were more apt.

With the ‘Prelude’ to “Tristan und Isolde”, the orchestra was safely on home-ground. However, ‘restraint’ and ‘half-lights’ have little place in Gergiev’s armoury. Whilst there was a natural ebb and flow to the playing, Gergiev once again rushed fences and, despite exquisite solos from first horn and clarinet, the climax to the ‘Liebestod’ arrived out of nowhere rather than as the result of carefully husbanded tensions finally erupting. The final bars brought unexpectedly messy ensemble.

Ensemble deteriorated further in La mer. Judged purely as orchestral playing, this was not remotely in the same league as the incandescent account from Mariss Jansons and the Bavarian Radio Symphony Orchestra at last year’s Edinburgh Festival. There was subfusc wind-playing in the opening ‘dawn’ section and also in the section leading up to the noonday sunburst. ‘Jeux de vagues’ and ‘Dialogue du vent et de la mer’ were introduced without a break, the waves playing at a stolid tempo and lacking any sense of fluidité and, in the wind and the sea dialogue, there were far too many split brass notes for comfort.

By living for every second of every minute and by his less-than-clear beat, the Gergiev ‘effect’ produces performances which – whilst superficially exciting – are completely devoid of the longer line or any cumulative tensions and with the added disadvantage that through his lack of clarity on the podium he can cause even a great orchestra to play well below its best.

There were two unannounced encores, both by Josef Strauss, Die Libelle (The Firefly) and Ohne Sorgen!, which literally translates as “without a care” – and that more or less sums up the Vienna Philharmonic’s decidedly slapdash playing on this occasion, even in this of all music.