Things move slowly in Austria, it seems. In the eleven years since the Vienna Philharmonic voted to allow women to join its hallowed ranks, only two have attained full-member status, a harpist and a violist. Three others, two violinists and an oboist, were playing with the orchestra this Sunday afternoon; it remains to be seen whether they will eventually be tenured. ‘Tradition’ keeps cropping up in connection with this issue, but it seems to merely serve as a smokescreen to obscure deeply ingrained male prejudices. The orchestra has a unique sound to be sure, which is well worth preserving (except, perhaps, for the anaemic-sounding small cymbals). However, a style of playing is not gender-dependent. 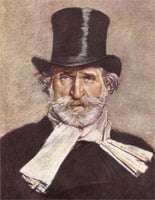 The overture to “The Force of Destiny” should have been a showpiece for an orchestra that spends much time in the pit of the Vienna State Opera. However, again and again, and continuing throughout the concert, there were small glitches of ensemble which shouldn’t happen at this level and must ultimately be charged to the conductor. In a curious pose, bent at the waist over the music-stand, Gergiev, without a baton, flailed away wildly with his hands, giving far too many beats. Both here in and in Les préludes he often interrupted the natural flow of the music with curious interventions, at one point almost derailing the ensemble. 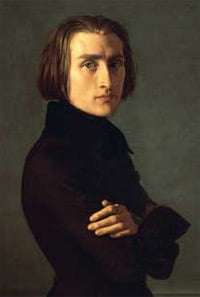 The ‘old’ Russian school prided itself on being able to make orchestras turn on a dime, usually the result of countless hours of drill. Take away this luxury (Gergiev reportedly was a no-show for a rehearsal in Vienna, Zubin Mehta stepping in) and even an orchestra as accomplished as the Vienna Philharmonic to playing behind the beat and following singers will not catch all the modifications if they are not organic to the music. While the Verdi benefitted from the orchestra’s familiarity with the style and its beauty of string-playing, the Liszt was less convincing. It lacked transparency and ultimately turned bombastic rather than majestic.

In the Tchaikovsky Gergiev’s approach, emphasising details at the expense of the overall structure, was even more pronounced, especially in the first movement. His shifts of tempo were extreme, going far beyond the composer’s indications. There were some nuances of phrase, but very little attention was paid to orchestral balances, and textures were often muddled. The second movement followed attacca, but only at the recapitulation did Gergiev elicit the hushed pianissimo the VPO’s strings are famous for. While the horn solo was played well, it takes getting used to the rawer and less smooth Viennese instrument. The ‘Waltz’ was taken at breakneck speed that only a virtuoso orchestra such as this can manage comfortably, while Gergiev, conducting from memory, at times seemed almost lost, throwing some odd cues. The finale had surface excitement, but there was little organic music-making; the climaxes were arrived at more by volume than by a build-up of tension.

The orchestra offered two ‘Viennese’ encores, a subdued waltz, and a sort of laughing polka, complete with vocals by the musicians. In the latter Gergiev left them almost to their own devices – the result was the most idiomatic playing of the afternoon.