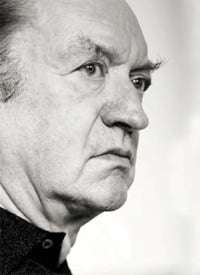 The Vienna Philharmonic opened Carnegie Hall’s season and its four-concert residency with a Beethoven program conducted by Nikolaus Harnoncourt. The orchestra sounded splendid though a bit bass-shy in its reduced string section (12 first violins, 10 seconds, 8 violas, 6 cellos and 4 double basses). Harnoncourt’s insistence on certain conventions of ‘historically-informed’ playing, most notably non-vibrato pianos and pianissimos and soft attacks with a crescendo to full volume, aren’t completely convincing in Beethoven. Neither is his frustrating penchant for stretching rests to the point where one might as well slap fermatas on them. Nevertheless, one could only marvel at the unanimity of phrasing, articulation, and intonation from the Philharmonic’s strings.

After the shock of the minimal vibrato and first overly-long rests in the second and sixth measures of Piano Concerto No.1, the opening section took on a merry, almost Haydnesque feel. It’s a pity that Lang Lang utterly destroyed the mood with exaggerated dynamics far beyond the intent of the composer, lead-foot pedalling, overdone rubato, and habit of punching arbitrary, isolated accented notes with all the subtlety of a Chicago cop whacking a hippie. Harnoncourt did his best to maintain the momentum of the opening movement, but Lang Lang seemed too focused on fancy piano-playing and mugging for the crowd to pay attention to the music-making going on around him, until the recapitulation, where there seemed to be at last something resembling comity — that is, up to the cadenza. Beethoven’s longest of three, which Lang Lang made vulgar, vapid, overwrought, and misconceived — Beethoven channeled through pyrotechnic pseudo-Lisztian kitsch. Harnoncourt’s soft-focus articulation did little to kick the second-movement Largo into gear, and Lang Lang’s excesses occasionally held this beautiful music up to a fun-house mirror — although about two-thirds of the way through the pianist did a good job of picking up the tempo, with Harnoncourt responding in kind. The opening of the finale had energy to burn, with Lang Lang, Harnoncourt and the Philharmonic at last on the same wavelength. There were a few unflattering sounds in the second theme, Lang Lang occasionally fell victim to his penchant for too much sustaining pedal, and Harnoncourt’s tempo excesses and grand pauses in the coda killed the momentum, but all in all it was the best executed of the movements.

After a couple of curtain calls, Lang Lang played the finale from Prokofiev’s Piano Sonata No.7 – as a glib virtuoso showcase. Most of the audience ate it up, but I saw one prominent local pianist shaking his head in disbelief, letting me know I wasn’t the only one shocked by the stunning misuse of this ominous work by a self-indulgent punk.

The second half was a different affair altogether. Harnoncourt’s way with Beethoven 7 had a few idiosyncrasies above and beyond the supposed ‘authentic’ approach. Harnoncourt opted to take both the first movement and finale repeats, and it lent a more satisfying structural balance than anticipated, aided in part by the brisk but unrushed tempos. Harnoncourt led the first eight bars of the first movement’s introduction at a bracing pace, but hit the brakes at the arrival of the sixteenth notes in the ninth bar, slowing the tempo suddenly. The transition to the Vivace was decidedly smoother than expected, and Harnoncourt didn’t overcook the movement’s dynamic and timbre contrasts, explosive outbursts, and cantabile moments. I was less persuaded by his bizarre approach to the second movement’s familiar melody: affectedly playing the last note of each two-bar couplet pianissimo at the outset (daaah-dah-dah-daaah [shh!] daaah…). The scherzo was as merry as one would want, with Harnoncourt opting for a moderate slowing of tempo for the trio. The finale had a handful of intonation lapses and clinkers, but was brisk without any hint of being hard-pressed. Harnoncourt may have thrown in a share of unorthodox touches and phrasing, but it’s clear that the Vienna Philharmonic enjoys playing for him, the players far more physically engaged than they had been for the piano concerto, and looked to be having a grand time in the finale.