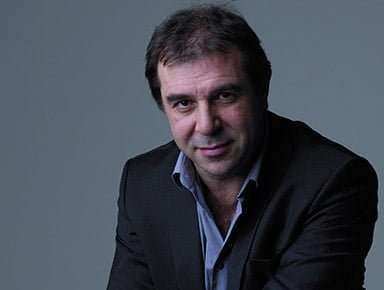 All performances of great music are open to a musician’s interpretation, but it was specifically his German Requiem that prompted Brahms to write concerning his metronome markings that “I myself have never believed that my blood and a machine could get on well together.” Chief Conductor designate of the Royal Concertgebouw Orchestra Daniele Gatti directed a superbly tasteful version of the piece as a guest of the Vienna Philharmonic that followed those markings quite faithfully and got us in and out of Carnegie Hall in 75 minutes.

Mahler may have set the poem “Heaven is full of violins…” as the last movement of his Symphony No.4, but Brahms, who was a professor at the University of Vienna while Mahler was a student of Bruckner there, includes no violins in the Requiem’s first movement. The resulting viola- and cello-dominant sonority is suitably dark and the Vienna forces made the most of this coloration.

The second movement, which Brahms labels Langsam, marschmäßig (Slow, like a march), was highly dramatic without the showiness of a Karajan performance that amplified the timpani to a medieval death’s-head character. Gatti’s watchwords seemed to be control and restraint, without sacrificing drama and pathos.

Christian Gerhaher was in excellent voice in the third movement, a humble everyman with a poignant sense of drama. George Bernard Shaw hated this setting because of its fugal nature (his second of two rules on how to write a fugue was – in its entirety – “Don’t”) and it is a special treat to imagine the discomfort of the Wagnerians at such inspired passages as these.

When Riccardo Muti led his Chicago Symphony to Carnegie Hall just one month ago, he prudently brought along the entire CSO Chorus. This is a major expense for an ensemble’s bottom line, however New York possesses only one extraordinary choir and it is under exclusive contract with the Metropolitan Opera. Any choral undertaking that rolls the dice with a local Gotham singing aggregation takes a rather imprudent chance. The Westminster Symphonic Choir called to mind another apt quotation from Brahms, to wit “In Bremen one ascends to high A more warily than in Vienna.” However, Gatti obtained the most from the Westminster singers and although they were the weakest link in this ensemble, they were competent enough to carry the day in the barcarolle that is the fourth movement.

This week the Wall Street Journal stated in its preview article that it was “likely” (a word that is a reporter’s best friend) that Brahms composed the Requiem as a tribute to his mother. This is patently false – most of the piece had already been completed, or at least sketched, before the terrible event – and even the final insertion of the fifth movement as a homage to his parent is now considered a convenient fabrication. Diana Damrau absolutely dazzled, courageously commencing her first note so softly as to be almost inaudible and holding it through an extremely impressive crescendo. She offered such condolence as to elicit more than one tear from this critic’s normally bone-dry eyes.

The sixth movement is the crowning jewel, the ‘Der Tod ist verschlungen in den Sieg’ (Death is swallowed up in victory) passionate heraldry melting into the ‘Herr, du bistwürdig’ (Lord, you are worthy) fugue, so exciting and passionate a statement that most composers would have ended the work there. All elements were cranking on all cylinders and the excitement whipped up by Gatti was palpable. But Brahms wanted this work to be consolatory and so a final movement of compassionate resolution follows. Gatti brought the afternoon to a close with an impressive diminuendo. Certainly this concert was the equal of Chailly’s Bruckner Seventh or Muti’s Scriabin First as the most satisfying of the season.