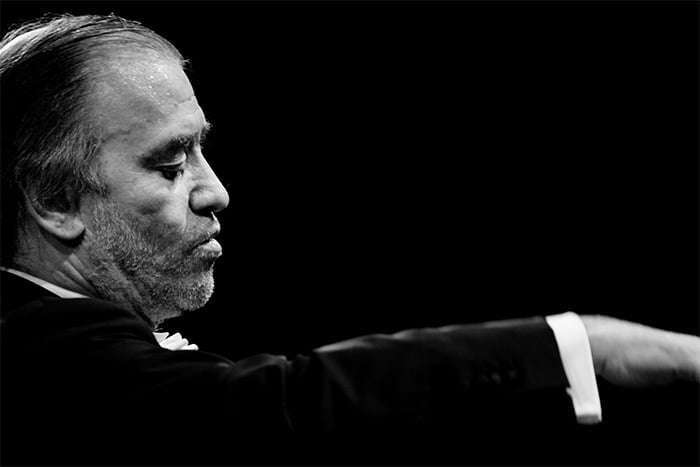 Wolfram von Eschenbach, who authored his epic masterpiece Parzival (Percival in English) during the early years of the thirteenth-century, depicted a chivalrous knight performing heroic deeds in search of the Holy Grail. In Wagner’s Bühnenweihfestspiel, Parsifal is given a more spiritual role as the “pure fool”, who in his innocence acquires deeper understanding of his faith through compassion and unwittingly transforms his faith into a redemptive power that destroys the evil Klingsor, who threatened the mission of the Holy Knights of the Grail. According to Wagner’s diaries, he first conceived the work in 1857 on Good Friday, although he did not complete it for another twenty-five years.

Unfortunately, the VPO was somewhat under the weather during the Prelude and the ‘Good Friday Music’. Brass sounded tarnished and reserved, entrances were occasionally ragged and clarity was not as distinct as we would expect from one of the world’s best orchestras. The noble bearing of the chorales, particularly the ‘Dresden Amen’, were less than inspired, sounding almost insipid. Nonetheless, the violins were radiant and woodwinds captivatingly nuanced in the ‘Good Friday’ segment. Gergiev’s straightforward reading was rather short on both spiritual and dramatic authority, even if it did avoid excessively broad pacing, which, in the Prelude, can become overbearing.

The length of Tchaikovsky’s Manfred Symphony (about one hour), its ponderously long opening, incessant repetition and threadbare Finale that never quite lives up to its dramatic potential, are all considered serious defects. Yet there is monumental power that can result in an overwhelming experience when a conductor who identifies with and understands how to communicate the music’s daring and grandiose effusions, as well as its rhapsodic lyricism.

It seems, however, that Gergiev has little sympathy with this sprawling Symphony (composed between numbers 4 and 5). Even during the lugubrious opening of the first movement, one sensed that he was more intent on pressing forward than giving full vent to the music’s drama. Even the slashing strokes that punctuate each segment of the first subject, with its awesome pronouncements of the idée fixe theme of Manfred’s tragic yet valiant disposition, were understated. Although the brass generated enormous force, one sensed this Manfred was more intent on reaching his ill-fated end than glorying in his intrepid valor.

Gergiev breezed through the Scherzo like an express train. Such a speedy pace did have a positive effect in that it made the flitting, elfin character of the principal idea sparkle all the more. But forward motion was so abusively hurried that when the Manfred theme returns at the end, it blew by almost unnoticed. Ernst Ottensamer’s clarinet solo, even at this tempo, was still entrancing. Gergiev’s rapidity, when applied to the third movement, is not necessarily inappropriate. After all, its primary marking is Andante con moto, but it should be broader than the main speed of the previous movements, as subsequent quicker directions support. In each case the metronome markings (even if subject to disagreement as to their practicality) indicate pacing much less lively than Gergiev imposed. The result was one-dimensional, detached, and as cold as ice.

Granted that the Finale, with its length, old-fashioned fugue and incessant bombast can be wearing. Yet the use of a Russian folk-dance (even if overdone) imbues the movement with spirit, and the deus ex machina reprise of the Manfred theme can be startling in its sudden intrusion: Gergiev zoomed by them. The redemptive peroration that follows, embellished by grandiose chords on the harmonium, sounded rather stilted, and the quiet, mystical close was devoid of pathos.

As if to counter the effect of the Symphony’s dolorous conclusion, Gergiev quickly resumed the podium to change the mood with the lovely strains of the ‘Panorama’ from Tchaikovsky’s The Sleeping Beauty and then the frivolity of Unter Donner und Blitz (Johann Strauss II’s Thunder and Lightning Polka, Opus 324), with its percussive imitations of natural phenomena. Both worked their magic.