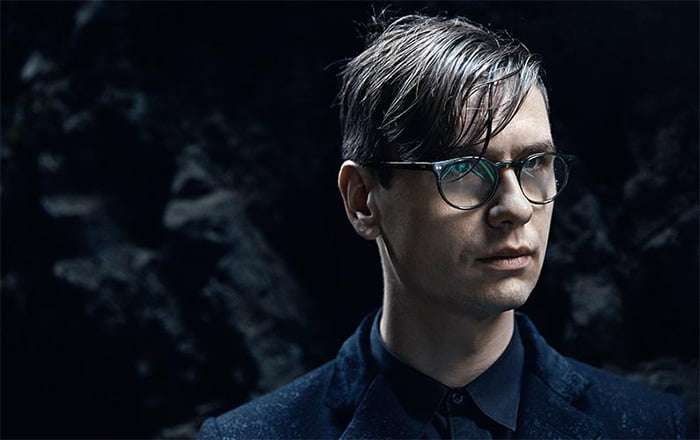 On the basis of what I had heard from and read about the Juilliard-trained Icelandic pianist with the unequivocally Icelandic name, I was expecting Víkingur Ólafsson to be the epitome of Nordic cool and armour-plated technical accomplishment. However, rather than the pianist-as-artwork (an image enhanced by some hip publicity photographs), Ólafsson – who was making his Southbank Centre International Piano Series debut and giving his first London solo appearance – turns out to be a personable, slightly owlish figure, aged thirty-four but looking ten years younger, with an amiable stage presence and that rare gift for getting under his listeners’ collective skin.

Much-quoted comparisons with Glenn Gould get in the way of appreciating this outstanding pianist’s ability for channelling a composer’s voice through his own highly developed sensibility. While there may have been the odd thing any listener might have disagreed with, overall his judgment of the balance between the heart and head of spontaneity and rigour, and of his skill at suggesting the bigger picture through the smaller detail informed everything he played. As his performances of Philip Glass’s music confirm, somewhere in the process of learning his craft he has acquired the depth and experience that marks out a great communicator.

His playing of Bach’s E-minor Partita said it all – the ruminative mystery that opens the ‘Toccata’ stretching expressiveness to breaking point, then cut short by the trenchant fugue in which Ólafsson occasionally preferred volume to firmness, something he kept under control in the rhythmic bounce of the brilliant ‘Corrente’ before moving on to a fathomless introspection in the solemn song and dance of the ‘Sarabande’, then giving himself free rein in the concluding ‘Gigue’, his spectacularly lithe playing sexed-up with brilliant decorations and demonic drive.

Bach’s beautiful abstractions had a powerful resonance for Chopin, as you could hear in Ólafsson’s playing of three Etudes, in which independence of line was just as vital as melody, perhaps too overwrought in Opus 10/9, yet still dangling expectation for what he’d do with the complete sets. His performance of the F-minor Ballade showed off big-canvas Chopin magnificently, the main theme beautifully poised and the tension between heroism and enigmatic withdrawal sustained throughout. Ólafsson’s range of colour is impressive by any standard, as was the shattering fortissimo just before a profoundly effecting coda.

The F-minor link continued with the Brahms Sonata, in as powerful and as positively dangerous an account as I’ve heard in years, with the occasional splash in the mighty first movement reminding us that Ólafsson is only human – and in the process only adding to the risk-taking intensity. He directed its epic rhapsody to take in its symphonic scale, delivered a sublimely poetic slow movement that became a miracle of shadowy and extended understatement, showed off athleticism and weight in the Scherzo and returned to a compelling symphonic expansiveness in the Finale. By turns volcanic, tender and heroic, Ólafsson met Brahms on his own terms. There were two encores, Rameau’s ‘Le rappel des oiseaux’ (from Pièces de clavecin) and, returning to the F-minor ‘theme’, Chopin’s Mazurka Opus 63/2, which again went to the heart of the matter.