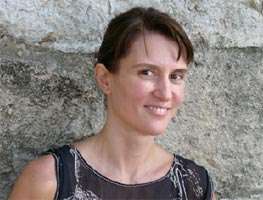 This recital of violin duos (promoted by the London Symphony Orchestra) was anticipated to last some 90 minutes, without an interval; even with an encore the evening was over half-an-hour early. A number of the audience was put out by the shortfall.

The programme was divided between Baroque/Classical and 20th-century works. The players brought with them two instruments each, one with gut strings and the other with metal.

The decision to adopt gut strings for the earlier works was a revelation. The quality of sound Viktoria Mullova produced was absolutely compelling and the sheer weight of tone breathtaking, and when the two musicians leant – as they did at every opportunity – on the D and G strings the tone produced by the gut was incomparably warm and sweet, with a rewarding dark quality. Mullova in particular took uncommon risks with playing that might have been expected to break a string, and she threw herself with abandon into the rapid articulation and myriad off-beats for which the works by C. P. E. Bach and Leclair are notable. 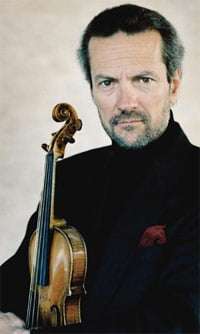 The clichés concerning Mullova’s playing – that it is cold, analytical and detached – are absurd; she demonstrated supreme feeling and artistry. Indeed, it is her engagement with the music, and her indulgence of its sentiment, that now eclipses the always-arresting ease of her technique. If her playing sometimes wants for character then that is the product of an attention to variation. She does not apply a rigid, stretta vibrato, and her affection for portamento is irregular, and appears spontaneous rather than considered or affected. Consequently, there is a sense of naturalness that might otherwise be lost beneath the artifice of pure technique.

Giuliano Carmignola’s approach was muted by comparison, but he too approached the earlier works with great animation. His bowing was less vigorous than Mullova’s – although he too indulged the gut G string to wonderful effect – and he refused as a matter of style, one assumes, to allow for any shifting between positions. This was a shame since one of the joys of hearing two violins together is the potential for the juxtaposition between instruments when played with portamento. This is not to advocate anything analogous to the playing of Kubelík, Rosé or, to a lesser extent, Kreisler, but it is worth bearing in mind that Brahms, for example, wrote a lot of his chamber music for strings with Joachim’s quartet, and the playing of its members, in mind – for he revered their performances of baroque music for the glorious effects they achieved when playing, for example, delayed suspensions with portamenti.

The wit and ingenuity of the earlier pieces gave way in every sense of the word to the primary colour and uneven mood of the duos by Bartók and the Sonata by Prokofiev. Both players pulled out all the stops for their exquisitely painted interpretations of these episodic and darkly satirical compositions. The Bartók was drawn wonderfully – although the composer’s sense of humour was muted – and the relationship between the instruments achieved to perfection.

A shame that gut strings were not also used here. It is to be remembered that Bartók wrote his homages to peasant folk-melodies in 1931, when gut strings were still played commonly, particularly among students, for whom many of the 44 Duos were written. It is only when hearing a gut-strung instrument played contextually with an instrument strung with metal that one is made to realise how complete the difference can be. That said, not every gut-stringed instrument is played by the likes of Mullova and Carmignola.