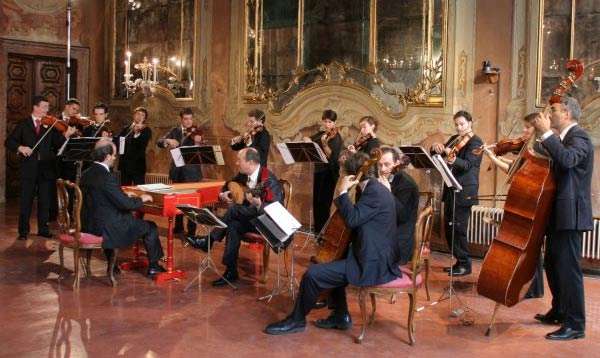 The Barbican Centre bagged two anniversaries in one with the Venice Baroque Orchestra’s performance of Vivaldi’s only surviving oratorio Juditha Triumphans – observing 275 years since the composer’s death and exactly three centuries since the work’s appearance. Although called an oratorio in view of its Biblical subject (albeit from the Apochrypha), it shares the same format as an opera seria with its sequence of

The narrative of the Assyrians’ attack upon the Jews in the city of Bethulia (also charted in Mozart’s early oratorio La Betulia liberata as well as many others) inspired Vivaldi to a more vivid and diverse succession of numbers than is often encountered in his operas, giving ample scope for the Vienna Baroque Orchestra’s soloists to draw out the score’s colourful textures and timbres, including opening and concluding choruses with warlike trumpets and timpani, and arias with chalumeau, viola d’amore and mandolin. All were performed with due sensitivity to the music which was often notably serene in such numbers, in stark contrast with the pulsing energy of the faster invention for which Vivaldi became famous during his lifetime. Andrea Marcon tended to play down the more vigorous movements, concentrating instead on the nuances of those less frenetic sections and so revealing other aspects of Vivaldi’s ideas. The imagery and richness of the work, especially where Judith exploits Holofernes’s amorous feelings for her, and the preparation of a banquet, might be compared with Handel’s response to the similarly sensual scenario in his oratorio Solomon, thirty years later. 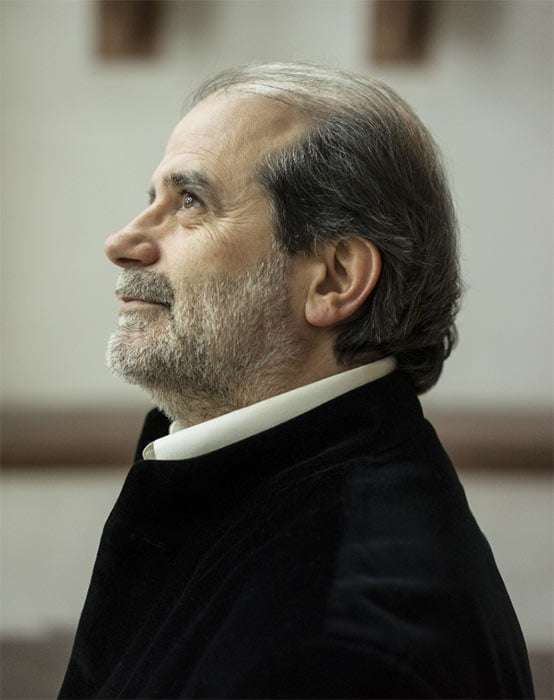 Having been written for the Ospedale della Pietà, the work calls for female soloists alone, as well as in the chorus. As the eponymous Jewish noble woman who charms the Assyrian commander Holofernes to his unwitting destruction, Magdalena Kožená held attention to some extent for her resolute focus and control but was otherwise surprisingly colourless. What came over really was the coldness and detachment of the character (who cynically uses her power of attraction to lull the enemy to sleep and then behead him) rather than the allure she holds for Holofernes. Only in the odd cadenza or da capo did she open up with a little more bravado. Though technically unflawed – and also capturing the slight nasal tone of a countertenor at times – Delphine Galou was also underpowered as Holofernes, who surely ought to inspire greater awe.

It was left to their respective attendants to provide more character and gusto. Silke Gäng achieved that with some sparkle and wiliness, like all the most astute servants, as Abra. Ann Hallenberg’s Vagaus also showed determination and purpose as Holofernes’s steward, her high-point coming with her virtuosic rage aria ‘Armatae face’ when she discovers the murderous trick meted out upon her master. Its raw power was also brought out by Marcon and the players, comparing well with Dejanira’s mad scene in Handel’s Hercules in its fierce invocation of the Furies.

In the brief role of the Jewish High Priest, Ozias, Francesca Ascioti sang with deliberation in prophesying the destruction of the enemy and later in drawing out the moral for Vivaldi’s audience as an exhortation to the Venetian republic to prevail in its struggle against the Ottoman Empire. The singers of The Guildhall Consort personified variously the Jews and Assyrians in their handful of choruses with resounding fluency, the opening one calling to mind the similar jubilation of the composer’s famous Gloria.

As a whole the performance could have benefited from a more extrovert, operatic dramatisation, but the steady consistency of Marcon’s interpretation did justice to the serious moral and political intent of the work.