Wagner
Parsifal – Bühnenweihfestspiel in three Acts to a libretto by the composer [sung in German, with German and English surtitles] 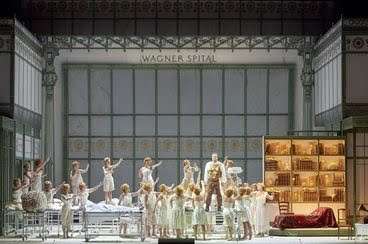 Like the main theme in the Prelude to Wagner’s Stage Consecration Festival Play, Semyon Bychkov also emerged from nowhere to begin Parsifal, without applause. Immediately the strings’ simplicity and softness, and the warmth of the brass, portended a special performance.

The acoustic of the Vienna State Opera is divine, and thanks to the conductor and orchestra’s musical awareness, the principal singers never needed to push to be heard. The role of Gurnemanz is terrifically difficult on this account due to its low range. Kwangchul Youn gave a rich yet nuanced account and demonstrated a beautiful relationship to the text.

Klingsor, a part that is so often barked, was fully sung by Jochen Schmeckenbecher. He provided plenty of nefarious and repelling characterization without sacrificing good voice. Both Christopher Ventris (Parsifal) and Nina Stemme (Kundry) gave commanding portrayals. Ventris mixed-in moments of beauty and float amongst the sheer capacity needed for much of this undertaking; and Stemme remains one of the finest Wagnerians singing today. 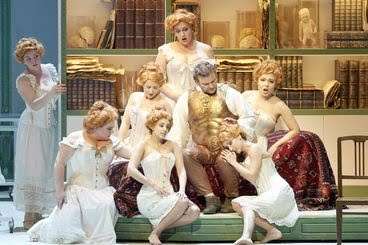 In the last handful of years Gerald Finley has added larger roles to his repertoire, sometimes with mixed results. Here, within the intimate acoustic, he was marvelous as Amfortas. His first entrance was inspiringly quiet, and he knew exactly how much volume to give so as to be heard over the orchestration. Finley is an expressive singer, noted for finesse and his acting abilities: his Amfortas left nothing wanting.

The only mar on the whole was the amplification for the off-stage chorus and Titurel. It was disappointing to not have the chorus sing from the wings, or better yet on the stage. While the male supernumeraries (standing in for the chorus at times) gave nuanced accounts of their wordless roles, it was odd to not at least have them mouth along with the text; when it was present, the chorus was consistently hearty and engaged.

The State Opera Orchestra’s connection to its musical heritage is palpable, perhaps most clearly through the continued usage of Wiener Horns, and the trombones’ smaller bells, allowing the brass to bloom, rather than strike. Bychkov conducted a patient but never dragging interpretation. He and his musicians demonstrated great endurance and specificity throughout over four hours of music.