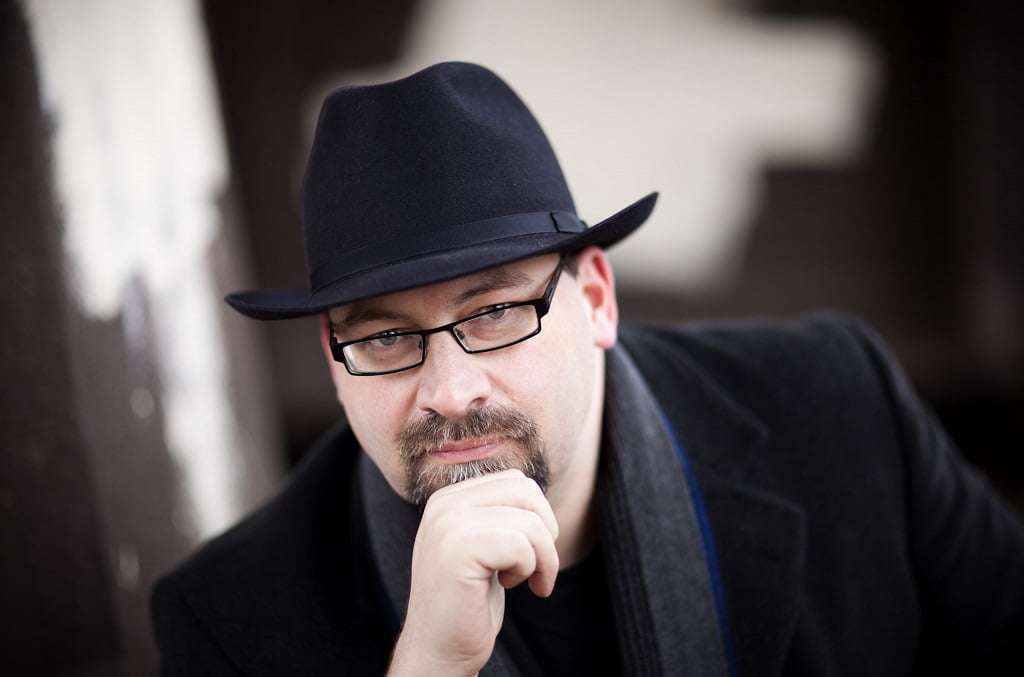 It’s not often, even in today’s teeming world of concert-giving, that one encounters a programme made up entirely of music by women composers, and whilst we hope that the time has long since passed when the concept would be regarded as little more than a gimmick, it was nonetheless notable that the first appearance at LSO St Luke’s by the Worcester-based English String Orchestra under its principal conductor Kenneth Woods was so constructed.

The ESO is not the only English orchestra Woods directs; his programming and recordings with the Orchestra of the Swan, based at Stratford-Upon-Avon, reveal an enquiring musical mind and a conducting technique that produces admirably compelling performances of familiar and unfamiliar music, and it was – self-evidently – from the latter repertoire that the content of this challenging concert was drawn.

Challenging for audience and musicians, for new and therefore unfamiliar music can be either reassuring in its language or present us shocks, and it was encouraging to see an almost full house, an audience drawn by the combination of the unfamiliar and the already established artistic credentials of orchestra and conductor.

The programme comprised four works, each of which was directly inspired by extra-musical events or impulses, by which another thread was added to the common gender of the composers, and it was the most famous of the four, Thea Musgrave, who opened proceedings, with Green, for 12 solo strings (given its London premiere in February by the BBC Symphony Orchestra and Martyn Brabbins). Composed six years ago, this proved to be the least interesting of the pieces: whilst the composer’s note promised possibly intriguing music, the result was disappointing. The work came across as not being terribly well written in purely technical terms, and although Musgrave wrote of “conflict”, as expressed through apparently adjacent tonalities (E and F), there was, in reality, very little of it in terms of musical engagement. The main clash for the violins’ E major lay within their incessant multiple passage-work, laid too high for the instruments to ‘sound’ coherently – it probably looked good on paper but the result is as if they are arguing amongst themselves, while the bottom half (F-based) of the ensemble grunted against the violins’ manic parts, making themselves objectionable. The really disappointing aspect was that these contradictory tonalities were never resolved, nor did they engage one with the other: although the notes of widely-spaced E major and B flat major triads (the F as the dominant) blurred together at the end, as fog on the Hudson river, this ‘ending’ could have just as well arrived five minutes earlier or later, for all the ‘logic’ of the music, which Musgrave believes could “of course be drawn from real life”. But it is not the purpose of art to hold up a reflecting mirror to life: far too many contemporary artists of all kinds seem to think that is what they should be doing, but when all is said and done, there is no life in a mirror. 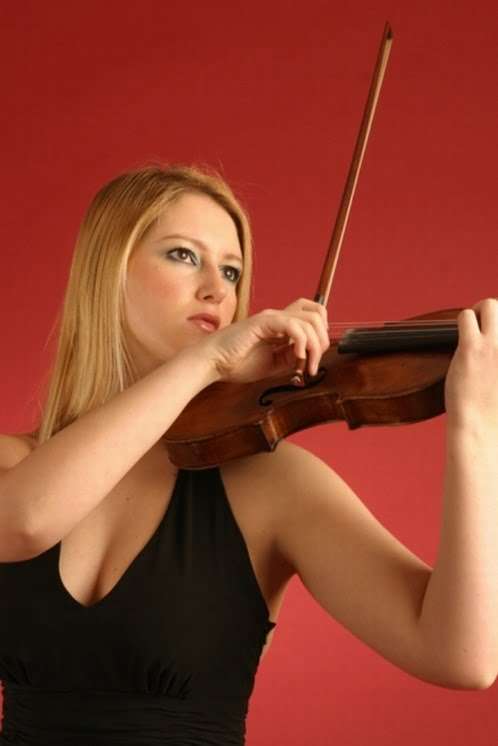 Deborah Pritchard’s new violin concerto, Wall of Water, takes its name and inspirational response – she explained in her programme note – from “the power, movement and depth of artist and sculptor Maggi Hambling’s new series of oil paintings”. Very many musical works have been inspired by graphic art – from Mussorgsky’s Pictures at an Exhibition to composers such as Rachmaninov, Reger, Scriabin, Nielsen, Martinů, Hindemith, Schurmann, Schuller, and so on – and the British composer David Matthews has written an interesting book on the subject, Landscape into Sound, but I don’t recall – apart from Scriabin’s unfinished Mysterium – that visuals have to form part of an audience’s experience of a concert piece during the performance.

The problem is that such juxtaposition simply doesn’t work: a partially-sited music-lover is incapable of experiencing the event, and in any case, don’t we all see things differently? How can we know precisely what was in the composer’s mind at any one point if at the same time we have to turn ourselves into art lovers? It’s because painting and sculpture are examples of static art – those creations exist in space – but music exists in time. If you didn’t ‘get’ Hambling’s painting number 12 (there is a sequence of 14, which apparently dictated the emotional structure of the concerto) you can go away, think about it and come back for another look – and the painting is still there, occupying the same area in space. But if you didn’t get a part of Pritchard’s music you can’t go away and return later – the musicians will have left.

In the event, Wall of Water proved to be an uncommonly interesting work, if lacking a totally convincing structure (this comment is not, I hasten to add, a criticism of Hambling’s sequence of paintings). The main aspect of this work, which Musgrave’s does not possess, is a deep sense of tonality. Wall of Water opens with a slow cadenza (unaccompanied, apart from a deep, long-held fundamental on A), a simple gesture which could be by any composer, which takes some time to get going, assuming a rather greater importance than perhaps it ought. But the main sections of the work are superbly judged in terms of consolidation, unity and contrasts and as the work progresses that tonality falls, little by little, via a second cadenza, to the concluding paragraphs, unwilling perhaps to let us go, over a new, deep, long-held F. The “water”, and therefore the music, has settled, as a calm lake at even-tide.

Pritchard may not have written a flawless masterpiece, but this is a fine work, and she was honoured by a magnificent performance from Harriet Mackenzie. I am convinced that, once the wrong-headed conception of obliging the audience to watch pictures whilst listening to music is jettisoned, we can concentrate upon, and be moved by (in our own mind’s-eye), this brilliantly imagined score. Both Deborah Pritchard and Maggi Hambling were in attendance.

Mackenzie returned for the first work in the second half, Emily Doolittle’s falling still, a haunting study inspired by the sounds of the natural world – in this case a “blackbird singing against the gently changing background sounds of light rain at dawn”. Such a description might bring to mind aspects of Vaughan Williams’s The Lark Ascending, but Doolittle’s short tone-poem owes nothing to that Englishman’s original masterpiece. Hers is a very beautiful work, the shortest of the evening’s pieces, drawing the attentive listener in such as way as to invite – if not demand – quiet contemplation and sympathy. In many ways, this was the most purely musical work presented here, which also received what must have been an exemplary performance. The composer was also present.

Finally, a work by the Finnish composer Kaija Saariaho, Terra memoria, which opens and closes as a study in pianissimo, but which, as the music’s events unfold, continues to present aspects of quite simple ideas which are developed and threaded in enthralling fashion. Saariaho’s inventiveness in drawing much from – for example – a simple descending three-note scale, and its inversion, proved surprisingly original and emotionally fulfilling, as phrase after phrase lapped and fell back, as waves on the shore: not a Finnish ‘wall of water’ but invention curbed and directed by the imagination of this eminently gifted composer.

Throughout this absorbing concert, one must pay tribute to the players’ musicianship, self-evidently as one in their desire to do their best, and to Kenneth Woods, whose skill and undemonstrative mastery of the music was a joy to behold.