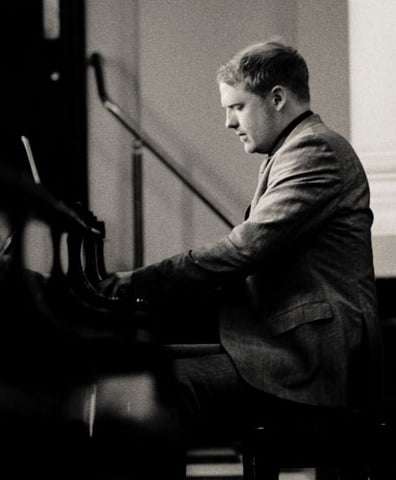 It has been, self-evidently, a considerable achievement to have performed all of Chopin’s works for solo piano from memory in eleven recitals – no matter if the renditions were occasionally somewhat variable – and it has been a significant measure of Warren Mailley-Smith’s musical understanding and technical mastery that, of the recitals in this series I have attended, he maintained a high standard.

All good things must come to an end, of course, and this concert brought a remarkably original conclusion with a programme that was more than intriguing in its planning. This is because only three of the works included were published during Chopin’s lifetime: the Opus 37 Nocturnes and the B-minor Sonata, and it may be felt that some of them were considered by Chopin either not to be in a publishable state (perhaps to be revised later, which never happened) or were not entirely worthy to be included in his canon.

Consequently the music heard from Mailley-Smith was variable in quality, but it began with a very early set of Variations: a delightful and rarely encountered work, elegantly performed. There followed eight posthumously published Mazurkas, the first of which, in B flat, was excellently played, but as they continued, one felt that Mailley-Smith had failed to discern the essential character of the Mazurka – the tempos were all a little too fast, causing phrasing to appear somewhat ‘squashed’ at times, whereas a shade more relaxation would have enabled the expressive line and nature of the individual pieces to have made a greater effect. After all, although based on a dance, this music is not intended to be danced to.

Much the same comment can be applied to the Polonaises: here Mailley-Smith’s tempos were fine, but the inherent nobility in terms of elegance of phrasing were only intermittently apparent. It was the little-known Cantabile, preceding the relatively familiar Opus 37 Nocturnes, which produced by far the finest and most convincing readings in this group: Mailley-Smith’s control of pianissimo and the maintenance of the right-hand melodic line were of the highest and most affecting quality.

And to the climax of the programme – of the series – the great B minor Sonata. Overall this was a disappointing account of this masterpiece, with only the slow movement being on a high interpretative level. The dignity nobility and style of this work, its inner tensile strength and occasional chiaroscuro-like changes of character in the first movement, remained unrevealed, and the tremendous positivity of the Finale was again set largely at naught by too-fast a tempo and some uncertain phrasing. The Largo, however, was exceptionally revealed, Mailley-Smith’s control of dynamics and phrasing reminding us of this gifted pianist at his best.

Chopin’s Barcarolle was given as an encore, a suitable conclusion to a truly epic achievement. The recital was dedicated to the memory of Peter Feuchtwanger, Mailley-Smith’s mentor, and, as the programme book stated, “the inspiration behind this concert series.”