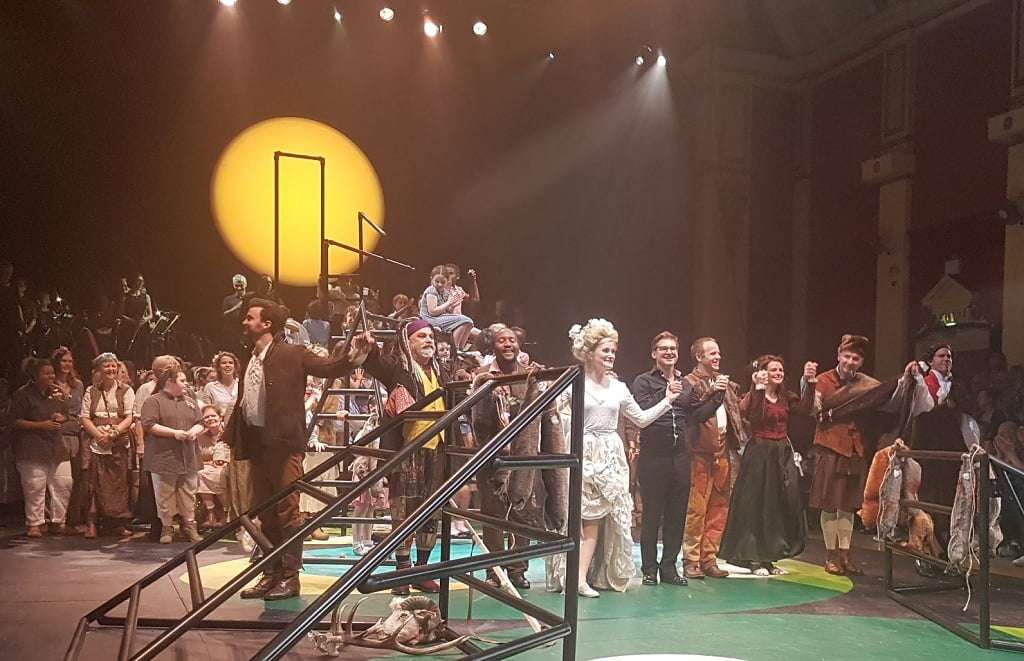 With its eleventh production, Blackheath Halls Opera (as it is now called) turns to its first German stage-work – bringing the first British production of Weber’s Der Freischütz in this Millennium (the last was at ENO in 1999), utilising David Pountney’s English translation, now The Enchanted Bullets. It marks the valedictory staging for Nicholas Jenkins (before a move to Glyndebourne as Chorus Master) and he brings his usual security and unflappability to proceedings.

This year the orchestra is on Blackheath Halls’ high stage under a large circle, lit in purple (though changing as night turns to day and back) as the audience enters and sits around three sides of the venue, a dark traverse stage with colourful intersecting circles relieving the blackness. There are also three pieces of playground apparatus that, mid-Overture, are inundated by the children, kick-starting the evening by dressing Max and his rival sharpshooter Killian. 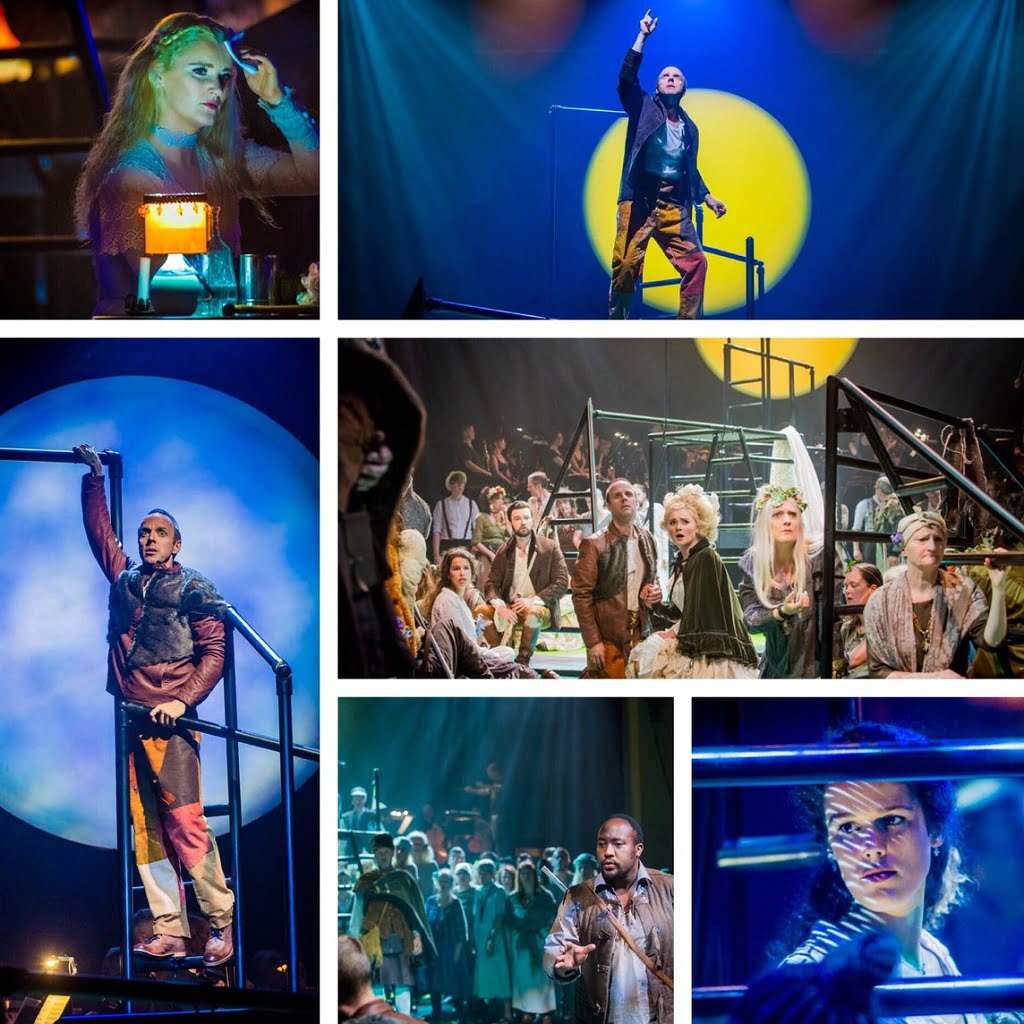 Oliver Platt frames the whole with the children (the final tableau leaves only them, back swarming the climbing apparatus), and – masterly – utilises them, en masse, as devilish hunter Samiel, creeping menacingly through the Wolf Glen as Caspar forges the seven bullets (“Six are magic; the seventh tragic”). It’s like a mash-up between Weber and John Wyndham’s The Midwich Cuckoos.

Thankfully the professional cast stands up well to the crowded stage, including the Blackheath Halls Chorus, dressed in German folk-costumes and singing lustily. Adrian Dwyer’s Max has better luck in love than his Don José last year, and Andrew Greenan is a rather unorthodox Hermit complete with dreadlocks, tie-die print pantaloons and russet suede Doc Martens.

Eight current students or recent alumni from Trinity Laban fill various parts, notably Kirsty McLean as a spirited Anna, and Benjamin Ellis’s Killian, whose victorious marksmanship earns him the opening adulatory chorus (with the aid of one of the children who takes his bullet and slowly heads towards the target to smash it to smithereens). Newcomers Samantha Crawford and Njabulo Madlala – blond bombshell Agathe and evil Caspar respectively – represent two opposites; the latter wanting to escape Samiel’s everlasting wrath by passing on his curse to Max (and failing), while Agathe holds on to hope even in the face of horrible dreams foreshadowing her death.

Der Freischütz suits this venue and the nature of a community opera very well; the spoken portions helping the following of the plot. Weber’s music also gives lots of opportunity for scene-setting and dancing: the Chorus coping admirably with Jim Manganello’s movement in a confined state, the co-ordination, as well as diction, was near perfect.

Once again, then, a major feather in the cap (as many of the men’s hats did indeed have) for Blackheath Halls. I can’t help repeating myself that if you want to find a reason why opera really matters, get down to Blackheath and see how it engages, enraptures and entertains not only the amateur forces of all abilities, but also a warmly generous audience.