The Philharmonia Orchestra’s survey of music in the Weimar period has thrown up a few contradictions in the past week’s trio of concerts, mainly in the style-versus-content area. Apart from Dagmar Manzel’s singing, the Cabaret evening was something of a museum piece of the Berlin club scene for our edification, and the two later concerts, including this one, revolved around two works, both by Alban Berg, that are in the period but not exactly of it. There were occasional sulphurous blasts of, as Berg put it, “dancing on the edge of a volcano”, but in general free-fall delirium and living (and/or dying) for the moment were in short supply. 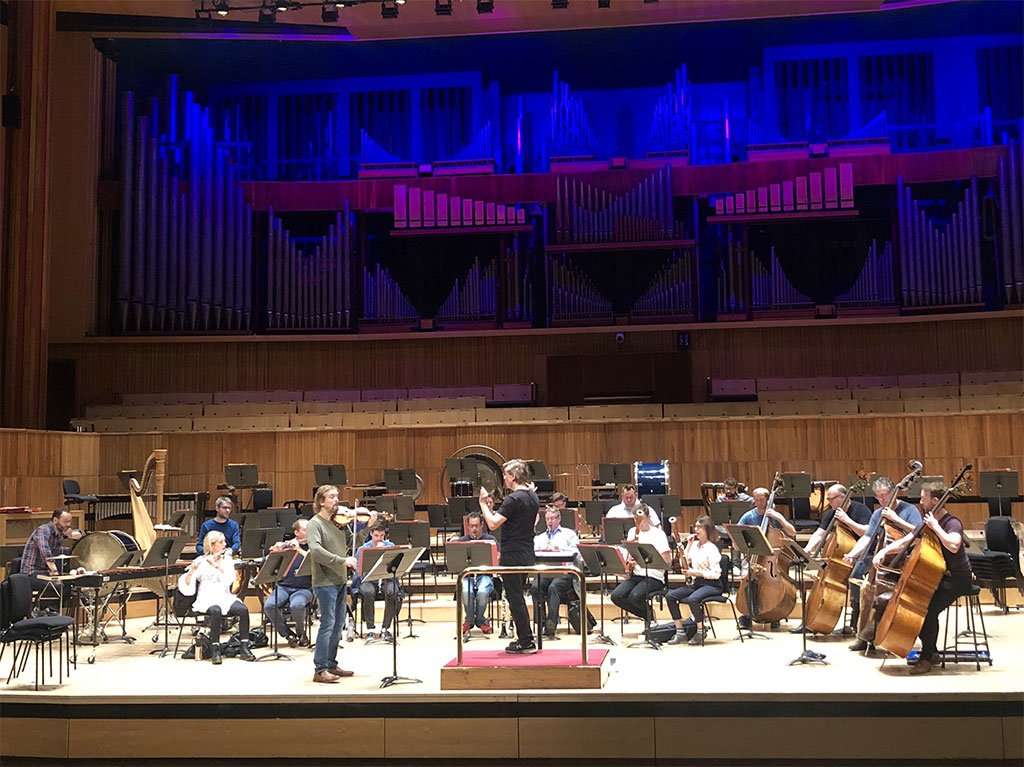 Jazz may well have been a mixed blessing for the period – essential for the nightclubs, but a debt not always repaid by composers also much taken with neo-Baroque and neoclassical reinvention. One of these was Ferruccio Busoni whose Two Studies for Doktor Faust opened the concert. Busoni is one of music’s split personalities – as a teacher an ardent champion of the avant-garde but a conservative composer who revered the past glories of German music (as in his magnificent Bach transcriptions). As with Berg and his Lulu, Busoni died before he could finish his challenging magnum opus, and these two Studies were intended as trailers. Esa-Pekka Salonen and Philharmonia ushered in funereal mystery with the ‘Sarabande’ – the quietest trombones, pizzicatos on the edge of impression, followed by some strenuous counterpoint and, in the ‘Cortège’, a big tune that never quite gets into its late-romantic stride.

It was hardly typical Weimar fare, but the 1924 Concerto for Violin and Wind Orchestra by Kurt Weill (a pupil of Busoni) is. The forces might be small – sixteen including four double basses and a trumpet – but its scale, certainly for the soloist, is big, while the idiom steers in and out of Second Viennese expressionism, the cooler angularities of Stravinsky, and the anticipations of Weill’s later showbiz succinct mood-changes. The Philharmonia wind-players were up for all the first movement’s Bachian counterpoint, gurgling accompaniments and po-faced ostinatos, and were the perfect foil to Christian Tetzlaff’s violin role as he manipulated sweet-and-sour gradations of tone and spirit with a wit that had you wondering how he’d travelled from earnest contrapuntal work-out to a sudden and seismic crisis. Just as convincingly, he swung into melancholy blues busking with a marvellous xylophone solo in the ‘Notturno’ section of the second movement and throughout he balanced Weill’s complex orchestral textures with a seductive suaveness that was both intimate and bracingly ironic. Tetzlaff, as with many of the works in this series, went back to Bach for an encore, an introspective take on the ‘Gavotte’ from the E-major Partita.

Salonen was superb in the Lulu-Suite, Berg’s sampler that for four decades left all anyone knew of the opera’s unfinished third Act, and the only music on the programme from after Hitler’s ‘election’ and the official end of the Weimar years. Salonen really understands how Berg’s minutely detailed thematic epigrams knit into a tapestry of Proustian complexity and how the scoring is chamber music composed for orchestra on the most ambitious level. The Philharmonia players were acutely aware of the writing’s mercurial levels of detail and nuance, and, as in Berg’s Violin Concerto a few days earlier, the quality of their playing was out of this World. It was complemented by Rebecca Nelsen’s account of ‘Lulu’s Lied’. She may only have had a few singing minutes but she left us in no doubt that she was very much in character and in charge, in a sensational scarlet velvet sheath gown, full-length gloves and red jewellery. She seemed to give Salonen a surprise when she stood a movement too early during the short précis of Lulu’s career, and she then sang and acted with that strange predatory passivity that makes the character so unknowable – take me or leave me, Lulu seems to say; after all, you made me.

The concert ended with some more extracts, three Dances from Hindemith’s show Das Nusch-Nuschi (a fabulous creature, half-rat, half-crocodile). The music is an expressionist, probably non-PC these days, send-up of the mysterious orient at its most extravagant, with one of the dances to be “wobbled to” by two court eunuchs, which would probably tick some other box of incorrectness, all delivered with considerable panache, a sort of Weimar bacchanal to wind-up the series.