Prokofiev
War and Peace, Op.91 – Opera to a libretto by the composer and Mira Mendelson based on Leo Tolstoy’s novel [performing version by Katya Ermolaeva & Rita McAllister with a translation by the latter [sung in English, with English surtitles] 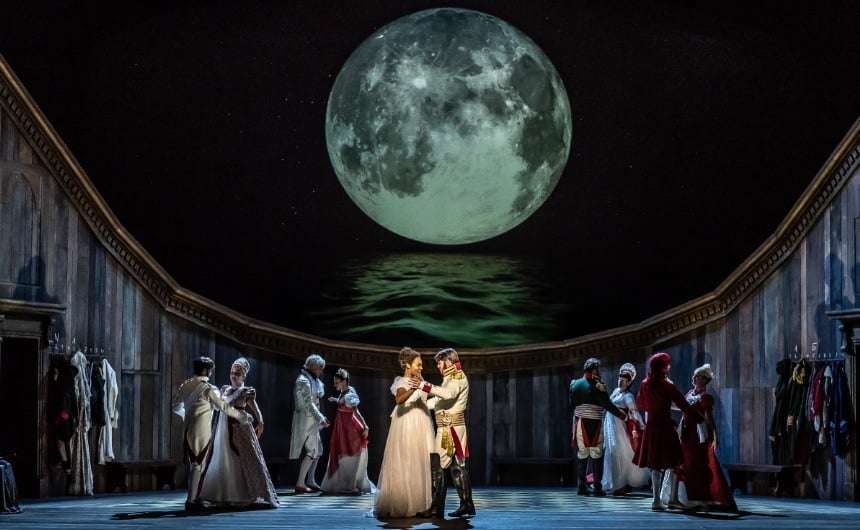 The vast sprawl that is Prokofiev’s adaptation of Tolstoy’s literary masterpiece, War and Peace, with its composer’s various revisions and additions, means that it is unlikely there will ever be a definitive performing version; and it remains to be seen if there is any appetite for adopting Prokofiev’s suggestion at one time that the work be performed over two nights. Suffice it to say there is probably, therefore, no ideal solution as to how the work may be presented, and it takes an iron will on the part of a director and conductor to make a coherent case for what is offered. Despite some longueurs, and some questionable decisions to which David Gutman has drawn attention in his earlier review of this production, what David Pountney presents is nevertheless coherent. Some of the patriotic numbers for chorus may be glib and of limited artistic value outside of the Stalinist context in which Prokofiev wrote the opera – indeed they could have been the occasion for a more critical stance by Pountney upon what feels uncomfortably like a piece of Soviet agitprop in places. But at the purely dramatic level such choruses offer effective points of comic contrast with the more serious (and often personal) matters that pass among the characters, as well as setting those within a necessary broader social ambience. Musically they provide stirring episodes which offset the already vigorous sequence of vocal numbers and orchestral interludes comprising Prokofiev’s multifarious score, especially in the case of the opening and final choruses, when sung with such rousing unanimity and passion as here. 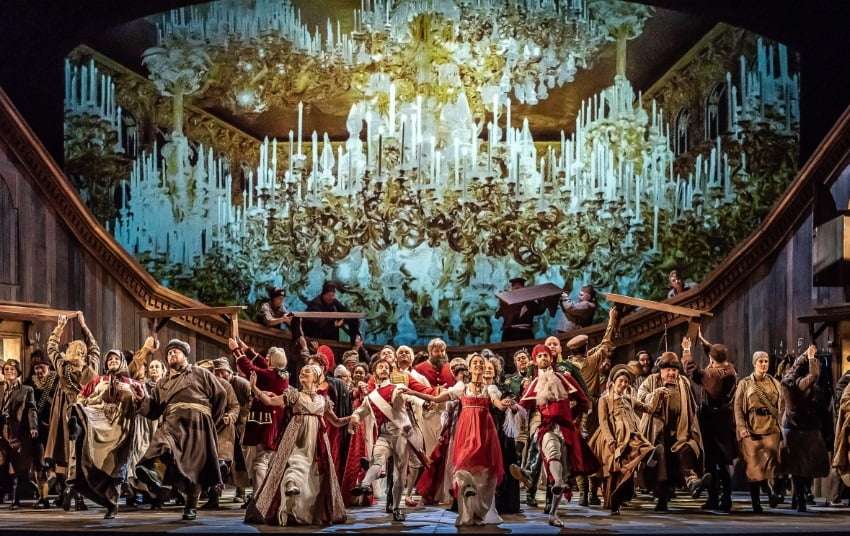 Pountney deftly draws together the threads of this work as a comment upon Russian history through his meta-theatrical devices that reference various eras in which the original 1812 war waged against Napoleon continued to resonate. For the most part the production is true to that period, but already before the music starts soldiers cross the stage dressed in uniform of the 1940s (the time of the Second World War when Prokofiev largely wrote the opera) as they continue to do at other points, even during the first Part ostensibly devoted to ‘Peace’ and embodying the looming threat of invasion (and therefore unifying the connections between the two Parts of Prokofiev’s scheme, the second being denoted ‘War’). The white-bearded figure of Tolstoy appears as an extra in the opening scenes, writing the text of the work that unfolds (his serialised novel was finally published as a single book in 1869 at a time when Russians were increasingly seeking to articulate a sense of national identity in their art and culture). A link is neatly drawn with the author’s semi-autobiographical figure of Pierre Bezukhov (pointedly also called on several occasions, in native Russian, Pyotr, in this English translation) as he also reflects and writes at a desk, amidst the turbulence of the final scenes.

The production’s temporal scope is further widened out beyond the Second World War by using sequences and stills from Sergei Bondarchuk’s Soviet-era film adaptation of the book from 1966 (when the USSR was again conscious of enemies at or near its borders during the Cold War) conjuring through cinematic media the apocalyptic horror of the battle scenes on the field and within Moscow. Over the course of more than three hours, stage action is almost continuously busy, but it does not become cluttered or confusing, held together in Pountney’s choreographical tour de force by these well-defined theatrical concepts. 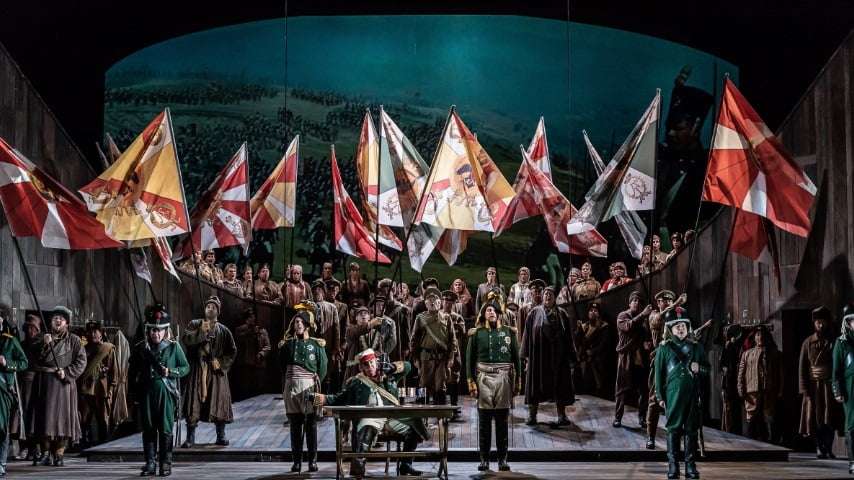 The cast work as well together as a team, many of whom take more than one part. At the centre is a strong and sympathetic account of Pierre by Mark Le Crocq, balanced by Lauren Michelle and Jonathan McGovern, who are convincing singing actors giving creditable performances as Natasha Rostova and Andrei respectively. They reconvene near the end of the opera as the latter dies in an oddly staged scene that depicts him languishing in bed seen vertically through a window. Adrian Dwyer rightly sounds the cad that Anatole is, who seeks to elope with Natasha, whilst Simon Bailey qualifies the heroic view of the Russians’ war leader, Field Marshall Kutuzov, with a characterisation that brings out some elements of weakness and indeterminacy. The French characters are made, if not exactly caricatures, then certainly effete figures of fun, though David Stout’s Napoleon is, nevertheless, sturdy and effective in encompassing some authority that yet does not undermine the dignity of his Russian counterparts in their moment of triumph. But it would clearly be better if Stout completely changes costume when reappearing as Denisov in the concluding scenes to avoid any visual confusion with the French Emperor.

Tomáš Hanus conducts a detailed reading that also combines impressive sweep: he wisely presses on from one number to the next so as to forestall any sagging of tension or applause to intervene, and thereby underlining the continuing state of flux. Perhaps rhythms could sometimes be even crisper and alert, but the Orchestra of Welsh National Opera bring out some splendid timbres, particularly in the string section and in the ample resonant percussion. This is a persuasive production of a difficult work with many potential pitfalls, offering a worthwhile opportunity to re-assess an opera that is not given often.