Iain Bell
In Parenthesis – Music-drama in six scenes to a libretto by David Antrobus & Emma Jenkins based on David Jones’s eponymous poem [sung in English, Welsh, Latin and medieval Welsh, with English surtitles] 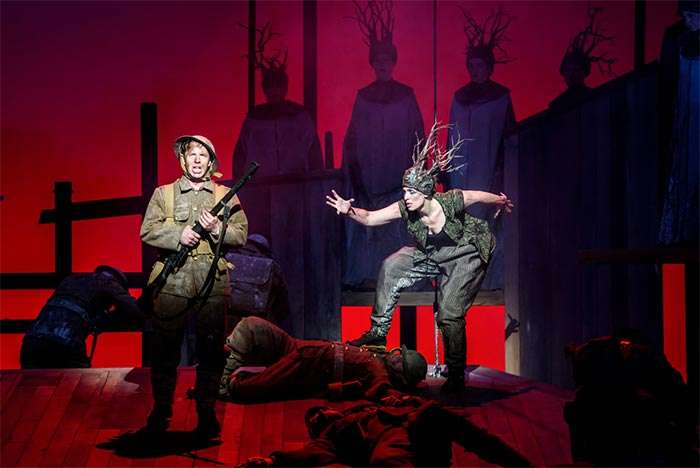 It was inevitable – rightly so – that the centenary of the onset of the Battle of the Somme (by no means the most decisive event of the First World War, for all its protracted bloodiness) be commemorated in operatic terms. All credit to Welsh National Opera for having done so – not least in that the resulting work takes its cue from David Jones’s poetic epic which, published in 1937, is much more than merely an aesthetic link between W. B. Yeats and Dylan Thomas; its influence proving discernible through successive generations to Ted Hughes then beyond.

Inasmuch as In Parenthesis has a focal point, it is Private John Ball – most put-upon soldier and, ironically enough, sole survivor among a platoon from the Royal Welsh Fusiliers as it proceeds from training in England to arrival and preparation in France; before being all but decimated in the assault on Mametz Wood at the outset of the Somme campaign. Overlaid onto this is a transformative element in which the Bards of Germania and Britannia preside over the gradual emergence of woodland spirits during a process of destruction and renewal.

So far, so promising – but such potential was often dissipated by aspects of the staging as of the music. David Pountney has never been one to shirk a challenge: here his bringing together of the realist and the mythical tends towards the contrived and even self-conscious – not least in that final scene, whose seeking regeneration out of the prevailing carnage made for a less than convincing climax. Arresting set-designs and lighting could not offset a lingering sense of the opera’s achievement being outweighed, indeed being weighed down, by its ambition. 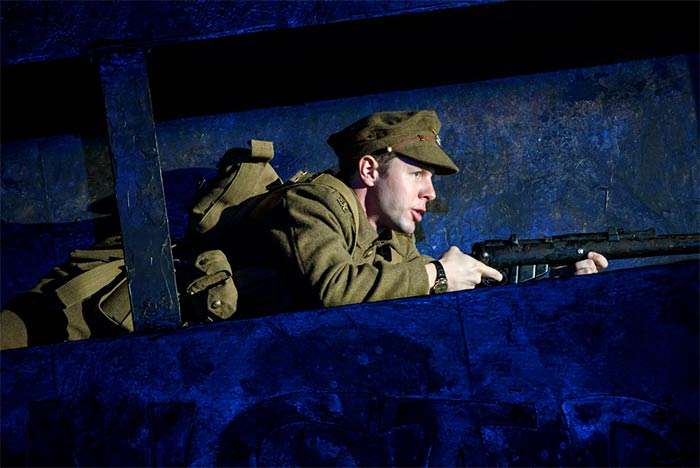 Aside from this, the libretto by David Antrobus and Emma Jenkins is serviceable while only partially successful in rendering the fluid eloquence of Jones’s text into more prosaic terms. Rightly regarded for his vocal writing, Iain Bell is evidently a skilled composer whose expert marshalling of a range of precedents makes for attractive yet overtly anonymous music with more than a hint of the meretricious. Traditional Welsh and German elements come passingly yet effectively to the fore, with the climactic ‘Salve Regina’ too soporific to be transfiguring.

A fine cast featured signal contributions from Andrew Bidlack and Marcus Farnsworth, with characterful cameos by Donald Maxwell and Graham Clark; also gritty portrayals by George Humphreys and Marc Le Brocq. Peter Coleman-Wright and Alexandra Deshorties were highly sympathetic for all that their bardic sentiments often seemed intrusive, and the WNO Chorus sang with conviction – even if the females were more akin to a delegation from the Women’s Institute than a Greek Chorus, and their later incarnation as Dryads could not avoid being twee.

It was a pleasure to see Carlo Rizzi once again at the helm of an orchestra to which he has given so much over so long a period; his focused and incisive conducting holding the drama together more persuasively than might otherwise have been the case. Make no mistake, In Parenthesis evinces no mean compassion and no little expertise, and it is fitting it should be presented at the Royal Opera House. In other respects, however, it falls short of measuring up to the extent of what remains among the defining events within recent history.