Debussy
Pelléas et Mélisande – lyric drama in five Acts based on the play by Maurice Maeterlinck [sung in French, with English & Welsh surtitles] 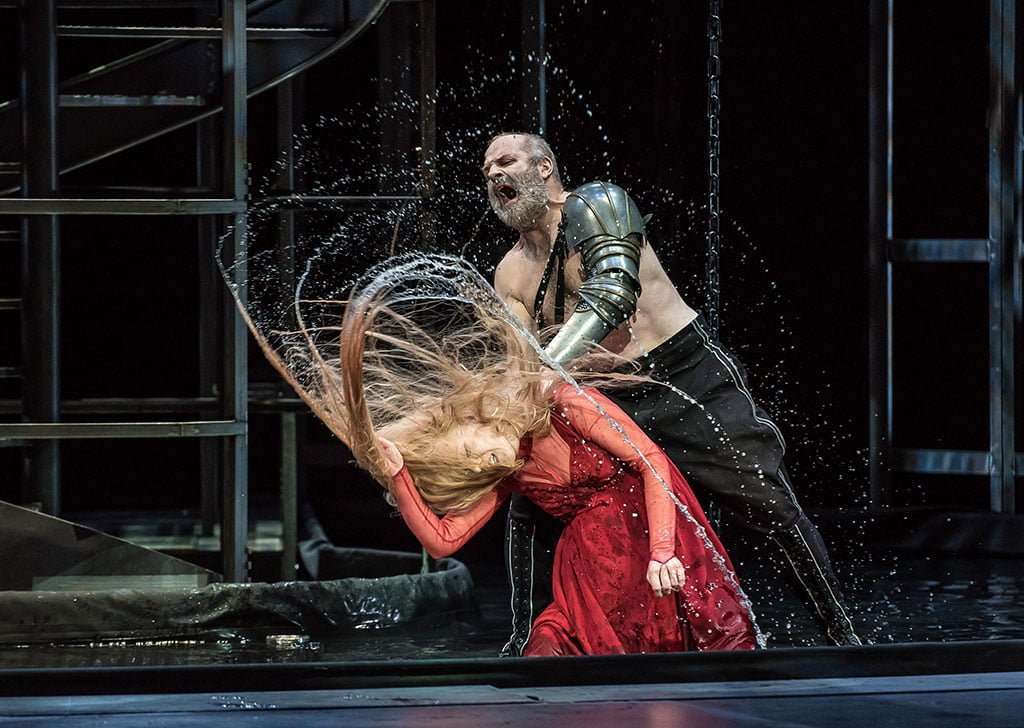 Maeterlinck’s and Debussy’s symbolist opera about the girl lost and found in the forest plays serious adult games with fairy-tale psychology, and its productions have caused many Pelléas lovers to seek refuge in concert performances. David Pountney’s new staging (which uses parts of the late Johan Engels’s set for WNO’s Lulu) piles on its own hefty visual symbolism mercilessly, but with the result that the opera’s mystery and beauty become even deeper and more elusive, while still releasing the sort of insights that hook the imagination before evaporating.

Engels’s fixed set for Allemonde’s castle, gardens and caves is a monumental, circular metal cage enclosing a DNA-helix-like spiral staircase wrapped round a giant skeleton (shades of Richard Jones’s Un ballo in maschera for Bregenz and his Queen of Spades). Its grinning skull looks down and manipulates the jealousy, deceit and desire suffered by Pelléas, Mélisande and Golaud into an elaborate danse macabre of birth, life and death. The pool of water in the floor of the cage is there not only for Mélisande to squander her crown and her ring, but also as a sort of birthing pool of experience, or perhaps a well of loneliness – and, needless to say, the characters get drenched. 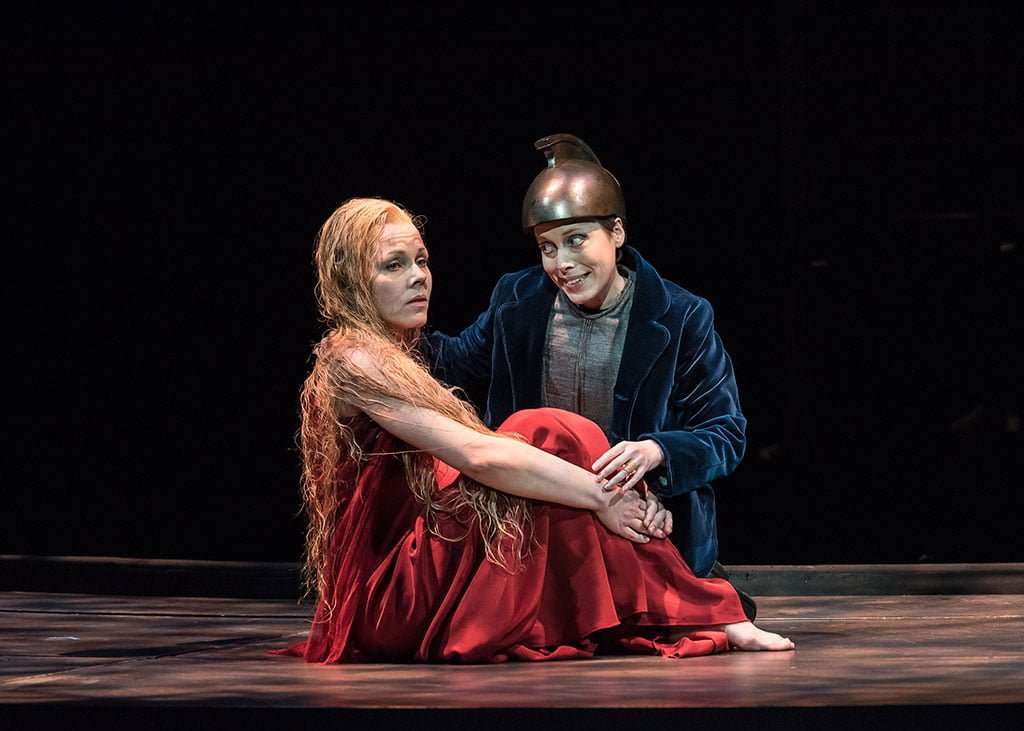 With Marie-Jeanne Lecca’s medieval-ish costumes, it’s all very gothic and, with a backdrop of starry night skies and beautiful lighting, unapologetically romantic, and it conclusively dishes out Pountney’s ruthless, melancholy survey of rampant sexual destructiveness, his point stated decisively during the Prelude by the Minotaur-like figure with bull’s horns and a long cloak, delivering (as in giving birth to) Mélisande, and it’s not a spoiler to write that the same pantomime ends the opera, so the whole apparatus of this epic, evasive tragedy can begin again.

If that’s not enough, musically this first-night was outstanding, with the opera’s main protagonist, the orchestra, defining the score’s evanescent secrets with astonishing clarity and insight. WNO’s music director Lothar Koenigs guided the pace and moments of shocking voluptuousness in a way that anchored and made sense of the staging’s extravagances, and a measure of Koenigs’s understanding of the score was the delicacy with which, in an opera that deliberately turned its back on Wagner, he managed to suggest its influence. Koenigs shaped the music’s progress towards Pelléas’s surge of lyricism in Act Four, that flash of truth that instantly subsides, with unerring rightness, and if you weren’t devastated by that, there was the ravishingly played beauty of the short introduction to Act Five to finish you off. 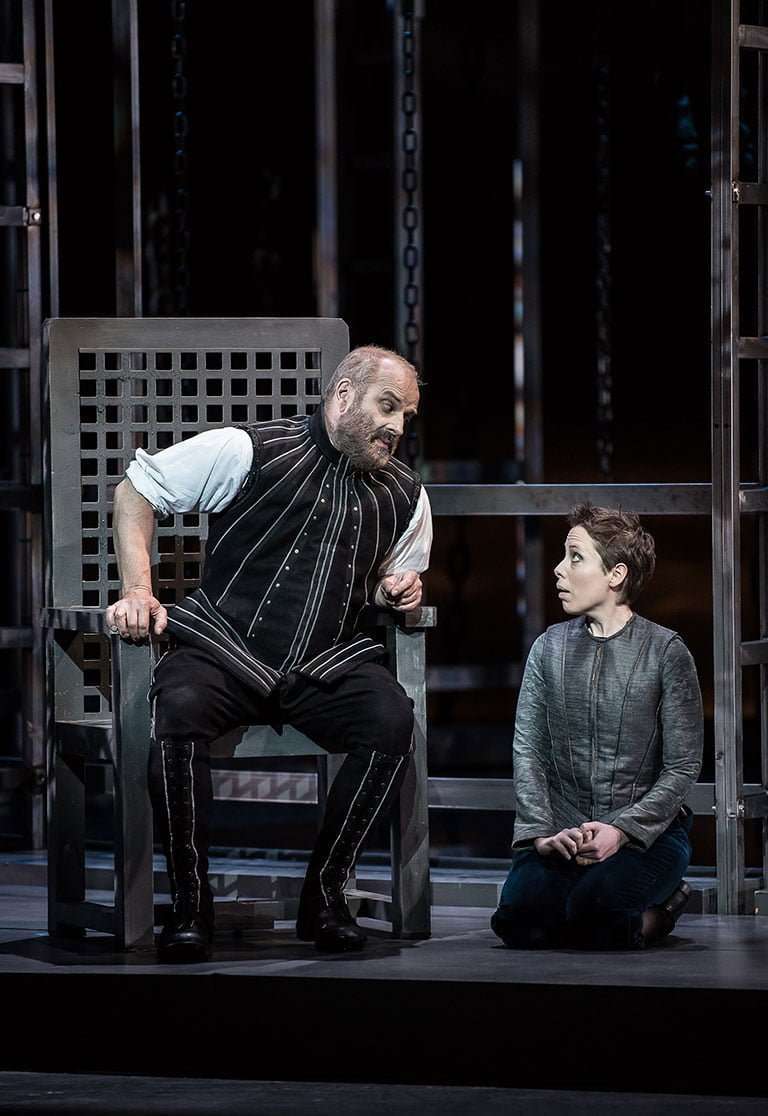 The singers all had a clear idea of their role in Debussy’s scheme. Jacques Imbrailo’s subtle baritone reached into tenor territory with an idiomatic French sound. His awakening to full sexual awareness was simply and cleverly directed, and as his yearnings became more focused, so the chemistry between him and the Lithuanian mezzo Jurgita Adamonyté’s Mélisande took off. Struggling fully-formed out of her chrysalis like a butterfly at the start of the opera, Mélisande wasn’t so much a force of nature as a blank page of existence that quickly gathers consciousness – her admission that she only tells lies to Golaud was every bit as potent as Pelléas’s radiant declaration of love.

First among equals with these lost souls was Christopher Purves’s superb Golaud, an eviscerating performance of violence, bewilderment and misery, Purves’s dark, muscular singing and brooding presence casting a long shadow and terrifying as he throws the pregnant Mélisande around like a rag-doll. Leah-Marian Jones’s fine Geneviève made you wish that the role was bigger; Scott Wilde made me realise how closely Arkel’s music shadows Pelléas in Act Four, and he was very moving in the closing scene, which, as Mélisande’s waiting women shroud her in death, was beautifully staged. Rebecca Bottone introduced a volatile treble quality into her singing as Yniold, inducing great anxiety as she spies on the lovers for his father. It wasn’t clear what point Pountney was making by presenting the tiny role of the Doctor (Stephen Wells) as Debussy himself, but it was all part of his characteristic and prodigal invention.

The production is in Cardiff on June 4 and 6, and there is one performance in Birmingham on June 13, and despite any tensions between pit and stage, it’s unmissable.