Citizens of all guilds and their wives, journeymen, apprentices, young women, people of Nuremburg 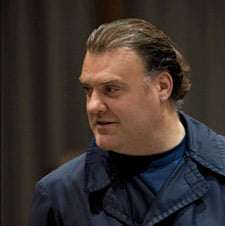 Ever since it was announced that Welsh National Opera’s new production for summer 2010 would be “Die Meistersinger von Nürnberg”, there has been a growing buzz of anticipation. As that has mainly centred on Bryn Terfel making his role debut as Hans Sachs, the main question, inevitably, was whether that expectation was fulfilled. The ‘yes’ may not yet be unequivocal, but it’s definitely ‘yes’. Terfel makes a fine Sachs, as his 2002 recording with Claudio Abbado suggested he would and, while he may not have been in ultra-velvet-toned form on this opening night – the shoe not yet fitting like a glove as it were – everything points to this becoming in time a signature-role for the Welshman.

This was also a ‘Meistersinger’ debut for WNO’s music director Lothar Koenigs. Over the course of the evening, his handling of the augmented chorus and orchestra got steadily more and more authoritative, with the glorious sound and spectacle of the final scene guaranteed to resound in the memory for a long time. With director Richard Jones, one expects the unexpected. Here the single most unusual tactic was when Jones tackled head-on the tricky matter of the opera’s nasty Nazi accretions with a front-curtain collage of German artists, past and immediate past. It provided instant Mastermind – or, more correctly, picture-bonus material – but, in the longer term, it set up the final scene where, during Sachs’s paean to “die heilige deutsche Kunst”, members of the chorus, one by one, raised portraits of great German cultural icons. The moment when Terfel holds aloft the portrait of the historical Hans Sachs becomes a climactic point to which, in retrospect, the whole production seemed to have been directed.

In fact, Wagner’s only comedy gets relatively traditional treatment; nevertheless the surreal moments made their points forcefully enough. It was with typical Jones sleight of hand that he and designer Paul Steinberg moved between the centuries without obviously settling on one period: the whole production was vibrant with mediaeval and Wagnerian-epoch resonances while yet inhabiting post-war milieu, in turn overlaid with post-modern inflections. Thus Steinberg mixed stark simplicity with more lavish effects, contrasting plain expanses of colour with swathes of busy floral motifs, even covering the roofs of Sachs and Pogner. Similarly, costume designer Buki Shiff wittily combined references across the centuries: the Mastersingers, for example, sported first medieval-style regalia in red and gold, then more-severe black brocade frock-coats for the final scene, with the brocade theme woven into the fabric of Nuremberg life throughout.

While the cultural parallels between the Mastersingers’ art and the Welsh traditions of poetry and singing make Wagner’s work a natural choice (a shoe-in, even) for Welsh National Opera, Jones and his team openly acknowledged the parallels but refrained from making heavy weather of them. The set for the opening Lutheran hymn was a Welsh puritan chapel, with the serried ranks of the congregation viewed from the side, so as to better spotlight Walter and Eva’s love-struck first encounter. In contrast to this initial severity of line in the chapel, the production went on to mirror the intricate structural and rhyming schemes of the forms that both the Mastersingers and the Welsh so passionately uphold in the numerical patterns and symmetry of various facets of the design: panels, portraits, benches and wardrobes, not to mention the blocking of the apprentices and the Mastersinger themselves. The complete integration of all this with the score was achieved with sensitivity and impeccable timing. Curiously, the Act Two riot was a conventional culmination point which felt rather lower-key: the townspeople appearing as a rather pale and tame bunch, caught not so much with their trousers down as in long-johns and baby-doll nightdresses. 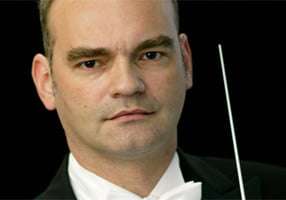 Jones’s most probing exploration was in choosing to underline the complexities and ambiguities of Hans Sachs’s character as well as his humanity. Along with his rough-and-ready working clothes, Sachs wore suitably workaday boots, but that they should be two-tone was a nod to his trade as well as to a certain vanity. There were intimations early on that he was less inclined to the masonic-style ritual than his fellow-masters: his gesture in declining to be robed already set him apart and bespoke an interesting mix of humility and arrogance. Later, in the scene in Act Three, where Hans Sachs determines to coach Walther for the competition and sings about poetry and the art of dreams, he is cutting a hefty chunk of bread and butters it for Walter. It’s all very matter of fact and homely, but Sachs then invites Walther to lie on a psychoanalyst’s couch in order to recapture his dreams and invoke the inspiration he needs. That here was a younger and far-from-invulnerable Sachs was reflected in Terfel’s singing and, if there were momentary rough edges, it fitted the bluff side of the man. What came through most poignantly of all was the relationship between Sachs and Eva, on the surface of it, tender and avuncular. Yet when Eva, fearing that she might be saddled with Beckmesser, is moved to discuss marriage to Sachs, his pain is all too apparent and the dignity with which he draws the parallel with the Tristan and Isolde story and compares himself to King Mark cannot disguise the anguish. Terfel handles all this with great care, as does the plausible and warm-toned Amanda Roocroft as Eva, but Jones is not afraid to up the irony by dimming the lights during the celebrated quintet, ‘Selig wie die Sonne’. In selflessly helping Walther, any hopes Sachs had – whether hitherto acknowledged or unacknowledged – of gaining Eva have been dimmed too.

Terfel is always the big heart of this production and, by the end, his sacrifice is profoundly moving. There are times, though, when Christopher Purves’s Beckmesser comes close to stealing the show, as Wagner surely recognised and Jones has clearly sanctioned. Purves’s tone was wonderfully focused and burnished but, more than that, his characterisation was teeming with detail and comic artfulness. All the preening, self-regarding neurosis of the town clerk was layered with unashamedly Pythonesque and Marx brothers-style elements, judiciously reined-in at the point where things might have gone right over the top. It was masterly.

Given Walther von Stolzing’s pivotal place in the plot, Raymond Very’s portrayal of him was frustrating for being basically musical but strained. He managed to convey Walther’s burgeoning sense of conviction but, with the arrival of the moment for the fully-fledged ‘mastersong’, Very didn’t quite have the vocal strength or emotional energy for true prize-winning form. As Sachs’s apprentice, David, Andrew Tortise had a natural charm as did Anna Burford’s Magdalene, while Brindley Sherratt brought his customary dignity to the role of Veit Pogner.

Jones added other neat touches: Arwel Huw Morgan’s Hans Foltz was given a stooped, dogged gait and a Parkinsonian tremor, embodying exactly why some of the Mastersingers needed to embrace new ideas and new blood. David Soar’s Nightwatchman was a gruesome cross between Father Time and the Grim Reaper, moving across the stage at the slow dragging pace that is assumed by some to be the trademark of Wagner’s music. One of the most striking aspects of Jones’s production was that, on the contrary, time simply flew by. It positively demands to be seen more generally in coming months and years. Whether that will be viable in the new economic climate is a moot point, but the overall success of this “Die Meistersinger von Nürnberg” is timely and irrefutable proof of the quality and worth of this company when at its traditional best.