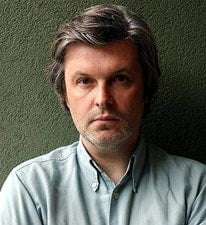 Taking Medieval myth as the premise for a parable of our or, moreover, future times has a great deal going for it – not least the virtue of timeless relevance. If, in “The Sacrifice”, James MacMillan and his librettist Michael Symmons Roberts have failed, this is certainly not to do with lack of forethought.

Much of the appeal of MacMillan’s previous full-length opera, “Inés de Castro”, lay in its reckless, at times overbearing, but always potent theatrical immediacy. Would that “The Sacrifice” had something like this degree of impact: instead, the composer and librettist have managed – despite, or perhaps because of, the lengthy ‘workshop’ progress through which the work was conceived and then evolved – to eradicate much of the narrative’s expressive power. Transferring the story of Branwen, from the Welsh epic “The Mabinogion”, to an unspecified location three generations hence is not the problem; it is in the realisation itself that the collaboration has become unstuck: what should have provoked and involved does little more than to hold one’s attention as the portrayals of tribal confrontation and religious ceremony are played out in an all too predictable and simplistic manner.

It did not help that Katie Mitchell’s direction, while attentive to detail in the frequent set-pieces and mindful of the need to point up the essentially fractious nature of the relationships, exudes a stolid, cumbersome quality exacerbated both by Vicki Mortimer’s IKEA-friendly sets and Miriam Buether’s (deliberately?) gauche costumes: the overall appearance being redolent of an episode from the cult TV series “Blake’s Seven”. All of which would have mattered less had words and music maintained a greater sense of dramatic momentum and emotional, as opposed to histrionic, intensity. Symmons Roberts’s libretto, though not indulgent or abstruse, has a heavy-handedness and tendency to cliché – disastrously so in the ‘love scene’ of Act Two – that undermined any subtlety and poetry the source material might once have possessed; while MacMillan’s music – overwrought and unyielding in the more personal or intimate scenes, bombastic and over-emphatic in the more public ones – proved ultimately alienating in its vehement desire to impress itself on the audience’s collective conscience. 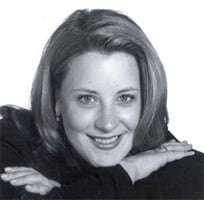 Such failings are the more unfortunate when, performance-wise, the evening had much to commend it. In particular, Lisa Milne’s assumption of Siân had a conviction that almost removed the role from the shortcomings of its context: a woman who has sacrificed her own happiness for the good of her people, and whose steadfastness in the face of humiliation was rendered with eloquence and not a little nobility. Less commanding as a role per se, that of the General still conveyed real empathy in Christopher Purves’s portrayal – his warmth of tone and generosity of spirit leading him to make the ultimate sacrifice, that of his own life, to offset any return to the feuding whose eruption threatens the narrative at every turn: a menacing presence to which words and music often fail to do justice.

If the character of Megan never quite emerged from an amorphous autism, this was no fault of Sarah Tynan – whose whimsical profundity again made more of the part than the dutiful sing-song of her words and the contrived ‘tunefulness’ of her music had a right to expect. Peter Hoare was a bovine, two-dimensional but not wholly unlikeable Mal, not least as his leadership of the ‘other side’ puts him most often on the defensive in his dealings with his wife and her father. Conversely, Leigh Melrose strove to make Evan a figure worth a modicum of empathy, such that his actions – especially at the close of Act Two – hardly warranted in an opera where individual responsibility is central to the overall drama. Amanda Baldwin, Rosie Hay and Samantha Hay combined well as on-stage band The Birds, for all that their contribution lacked the musical focus to make it feel more than a passing indulgence.

An adept if not especially insightful conductor of other’s music, MacMillan nonetheless led with a sure sense of dramatic timing and control of tension – while the Orchestra of Welsh National Opera audibly gave its collective all; as did the Chorus, whose contribution to such unashamed set-pieces as the Requiem scene at the start of Act Three and the culminating ‘catharsis’ in the Hotel Ballroom suggested musical preparation of a high order.

It remains to be seen if “The Sacrifice” will receive a periodic revival or, indeed, will be taken up by any other British companies. Given that “Inés de Castro” has not fared well in these respects, the omens are hardly promising. Whether the new opera is deserving of durability is another matter entirely. Should MacMillan and Symmons Roberts collaborate on a future project, they might well consider according musical and dramatic spontaneity a more central role in the scheme of things.