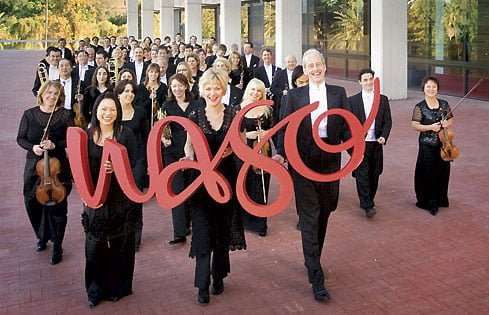 Since Israeli-born Barenboim protégé Asher Fisch took over as the West Australia Symphony Orchestra’s Principal Conductor and Artistic Adviser in 2014, he has transformed what was already a very good orchestra into a truly world-class band.

Fisch’s combination of highly creative discipline, imaginative programming – the complete Beethoven Symphonies last year; this year Viennese operetta highlights and George Gershwin’s Rhapsody in Blue on the same programme with the conductor as pianist; and still to come, a Brahms Festival featuring the complete Concertos and Symphonies – and contacts which have already seen such as Pinchas Zukerman and Yefim Bronfman perform with the orchestra (the Brahms series will feature Zukerman and Garrick Ohlsson, amongst others) have created a palpable buzz around Western Australia’s flagship arts organisation. 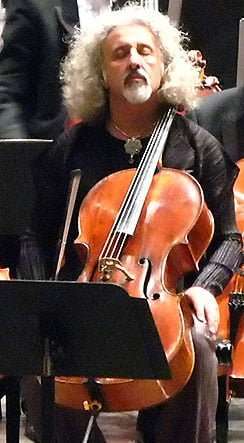 This first-ever visit to Perth of Mischa Maisky was the direct result of all the above. Fisch and Maisky are great friends; nevertheless, as WASO’s executive manager, artistic planning Evan Kennea writes: “There was, Maestro Fisch decreed, one condition. ‘If Mischa comes, he must play both Bloch’s Schelomo and Strauss’s Don Quixote’.” When Kennea asked why, Fisch responded: “Because it makes a great programme. The Strauss because it is a fantastic work. And Schelomo because Mischa plays it like no one else on earth.”

In a recent interview, Maisky told me the Bloch “needs to be played with love, which is the most important thing.” And that’s exactly what we heard in this first of two Perth concerts by Maisky: this was a Schelomo in which unabashed lyricism took centre stage, as indeed it must – its subtitle is after all ‘Hebraic Rhapsody’, and during which Maisky’s passionate muscularity frequently gave way to more subtle nuances of expression, both in terms of a delicious tapering of phrases with the bow and cantabile shadings in the vibrato. Fisch and the WASO, so dramatically forthright in the concert’s opening work, Beethoven’s Fidelio-related Leonore No.3 Overture, were sympathetic partners throughout, the orchestral part seeming to grow directly out of the cello’s heart rather than providing merely a colouristic backdrop, which can so often be the case.

These qualities were more than present in Richard Strauss’s expansive Cervantes-inspired Don Quixote. Much has been written about the increasing propensity for star soloists to take the cello part Strauss originally intended for the section leader (the violists’ Sancho Panza is even starting to give ground in this respect!, here it was WASO’s Caleb Wright), but really there’s room for both approaches and each has its own merit.

In this case, and despite Maisky’s ‘big’ approach, the result was in some ways the opposite of what we heard in the Bloch, and closer to what Strauss surely intended. For here, Maisky still proved the consummate storyteller that he is; but he modulated his playing in such a way that the Don was folded back into the vagaries and variations of the story and Strauss’s astonishing orchestral writing. Indeed, when Maisky wasn’t playing he seemed utterly immersed in the music, his eyes closed, his body gently swaying. The wistfully ironic quality with which Maisky imbued the finale, ‘The Death of Don Quixote’, was all the more keenly felt as a result.