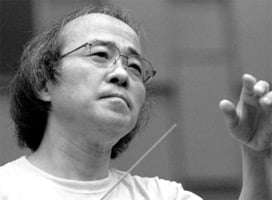 Tadaaki Otaka is no stranger to UK audiences, having forged a close relationship with the BBC National Orchestra of Wales in particular, but this was his first appearance with the West Australian Symphony Orchestra. On the strength of this concert, one hopes it won’t be his last.

By sheer coincidence, the concert opened with the music that first inspired Otaka to take up the baton (a decision he didn’t take lightly: his father, a conductor and composer, had died at the age of 39 from exhaustion, and Otaka’s mother had begged him not to become a professional musician) – the ‘Overture and Venusberg Music’ from Wagner’s “Tannhäuser”. Hearing the sensitive pacing and well-judged crescendos of this performance, one can only be grateful that Otaka went against his mother’s wishes. Here the WASO woodwind and brass were on conspicuously fine form; the superb string balance was such that both weight and transparency were present in equal measure. 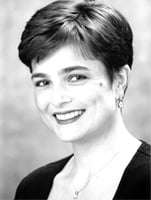 Australian soprano Nicole Youl then joined the orchestra for Wagner’s five “Wesendonck-Lieder”, the first four settings orchestrated by Felix Mottl. Youl’s is a big, mezzo-ish soprano, and her repertoire takes in not only Wagner but Mahler, Richard Strauss, Verdi and Puccini. I prefer the piano originals of these songs, and so am automatically prejudiced towards any performance that militates against those features of Mathilde Wesendonck’s poems that require a certain delicacy of treatment. On the other hand, her subjects are big ones, and there is a surging romanticism that was well captured on this occasion, especially in ‘Schmerzen’. The kinds of changes in tone-colour needed to do justice to the opening and closing songs, ‘Der Engel’ and ‘Träume’ (the last heard in Wagner’s scoring), were however unfortunately absent from Youl’s slightly one-dimensional approach – contrasting starkly with Otaka’s more careful handling of the orchestra.

Following the interval came Richard Strauss’s Ein Heldenleben (A Hero’s Life) in a performance that pushed all the right buttons, embracing both the sincere and the ironical elements in this semi-autobiographical work. If the first section (‘The Hero’) featured some particularly fine playing by the expanded horn section and strings, the second (‘The Hero’s Enemies’) saw the deluge of solos representing the critical cacophony despatched with both humour and precision. Concertmaster John Harding’s solo violin work in ‘The Hero’s Companion’ was ravishing in its flexibility of phrasing and beauty of tone. Here, indeed, was the voice of Strauss’s helpmeet personified.

The orchestra then got an opportunity to display its wares in the explosive ‘Hero’s Deeds of War’ and more-contained ‘Hero’s Works of Peace’ (the latter features at least 30 quotations from eight of Strauss’s other works!), before the ultimate summation of the hero’s life in ‘The Hero’s Retirement’. Here Harding returned in the exquisite duet for violin and horn (with which the work was originally supposed to end) before Otaka rallied the brass to end the work in blazing splendour.