Schumann
Manfred, Op.115 – Overture
Mozart
Piano Concerto No.12 in A, K414
Tchaikovsky
Manfred – Symphony in B minor after Byron, Op.58 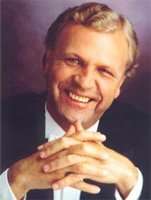 Schumann’s Overture to Byron’s “Manfred” is one of his most successful orchestral works, while the Manfred Symphony is considered in some quarters, and certainly as far as the composer was concerned, one of Tchaikovsky’s least. Mozart’s A major Piano Concerto (K414) is either a somewhat lightweight, or, from a connoisseur’s standpoint, one of his most representative and musically satisfying works in this genre. Having racked my brains for some time trying to see a logical connection between the Mozart and the two works which flanked it, I admitted defeat. At least, though, the inclusion of the Mozart had the virtue of contrast – or the function of a palate-cleanser before Tchaikovsky’s take on Byron’s tortured hero. All three works received outstanding performances, with the WA Symphony again showing why it is one of Australia’s premiere orchestras.

Byron’s Faustian verse-drama “Manfred”, dealing as it does with a fantastical hero driven mad by his incestuous love for his sister Astarte, was bound to capture the musical Romantic imagination. Schumann composed the Overture in 1848; further incidental music for Byron’s drama quickly followed. Tchaikovsky’s symphony was the result of a sequence of events that started with a visit to Russia by Berlioz: the critic Vladimir Stasov suggested to Balakirev the idea of using Manfred as the basis for a symphonic work after the model of Berioz’s Symphonie fantastique; Balakirev sent the idea on to Berlioz, but he was already too ill to tackle such a project. Some years later, Balakirev pressed Tchaikovsky to take up the project, which he did so, albeit reluctantly.

Verbitsky and the WASO luxuriated in Schumann’s slow introduction before the movement proper got underway, each section vividly contributing to the bustling motifs that the sonata form barely manages to subjugate before a quiet finish tapered the energy level nicely for the Mozart. 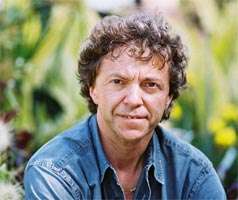 Pascal Rogé is of course known for his playing of the French Romantic repertoire, but, as he said in an interview shortly before this concert, he feels ideally placed to perform the music of Mozart, given the lightness and delicacy required for much of that composer’s writing. And thus it was here, with Mozart’s ‘little’ A major concerto offering multiple opportunities for Rogé’s fastidious, though never fussy, musicianship to bring out the effervescent and cantabile qualities of this concerto. Verbitsky used pretty much the orchestra’s full string complement, but such was the refined and disciplined playing that nothing less than a perfect equilibrium resulted. Rogé offered Satie’s fifth Gnossienne as an encore.

Tchaikovsky is home territory for Verbitsky; indeed, his performances of Russian music are always characterised by a combination of lyricism and intensity that never boils over into parody. It’s fair to say that this account of the Manfred Symphony was action-packed, with WASO fearlessly following Verbitsky into the extreme sonic landscapes of both the Alps (first movement) and the Underworld (finale). The scherzo (Fairy of the Alps) was delicate yet electric with anticipation, the Pastorale rendered even more ambivalent in mood by Verbitsky’s nuanced vision. In all, this was a powerful and convincing reply to anybody who still harboured doubts as to the worth of this amazing work.