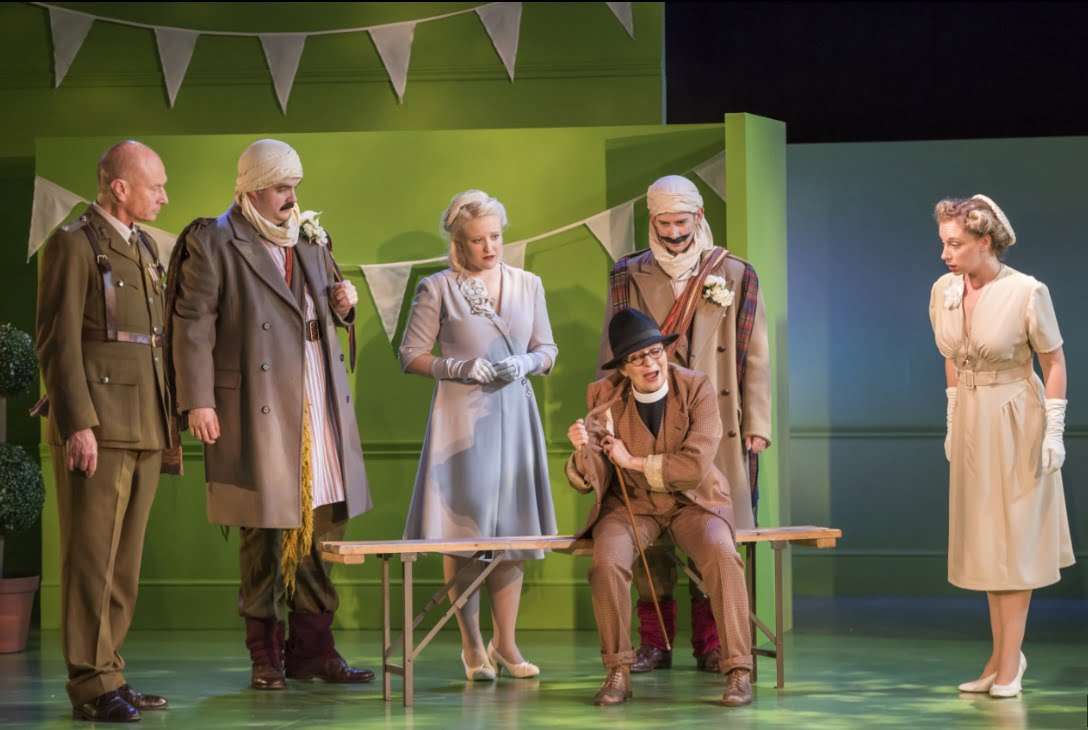 Setting Così fan tutte against the background of the Second World War may not be a novel idea, but Victoria Newlyn’s new production for West Green House Opera makes intelligent and coherent sense of the juxtaposition between Mozart and Da Ponte’s original, and this updated setting, such as to result in a near-ideal fit.

This is all the more impressive with the comparative economy of means used. The background of a real war echoed the battle for Fiordiligi and Dorabella’s hearts and the upheaval in emotions experienced by them and their disguised lovers. The use of war-time posters promoting courage and determination also made ironic play of the struggle the young ladies fail to overcome as they confront romantic temptation when the ‘strangers’ arrive.

Colin Falconer’s sets are largely green, which both mimicked the khaki of the officers’ uniforms and also suggested the fecundity of nature and renewal, thereby imaginatively contrasting and drawing together the dichotomy between the rigours of wartime duty, and the less than loyal affections that the central characters develop through the course of the drama in response to new romantic prospects. 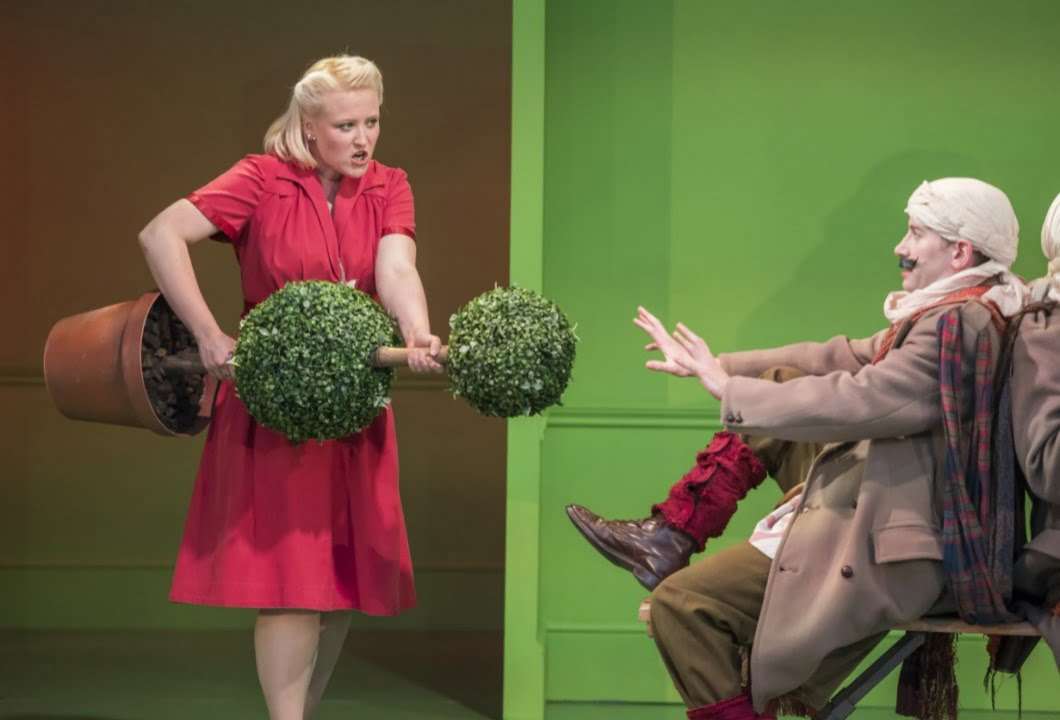 This is underlined by much thoughtful and telling detail in Newlyn’s direction. To take just two instances, in the sequence between the two ladies at the beginning of Act Two, just as Dorabella is the first to succumb to the charms of the newly arrived men from Albania, so she is seen already without shoes on; and as their duet ‘Prenderò quell brunettino’ reaches a climax, the music’s contour is wittily realised by Fiordiligi’s pulling away the wax-strips from Dorabella’s legs as the latter makes herself up for her imminent encounter with the “dark, handsome” visitor (namely Guglielmo, Fiordiligi’s betrothed in disguise).

This production pointedly avoids any easy resolution by not having Ferrando and Guglielmo make gestures towards, or return to, their original lovers once the trick is revealed, leaving the nagging uncertainty about the constancy of the human heart which lingers in the men’s and the audience’s mind. Despite the moral ostensibly drawn out in the final ensemble, it is the genius of this opera that, unlike Figaro and Don Giovanni, there is no neat or unambiguous lesson which can be drawn out of preceding events – there remains the unsettling suspicion that they could unravel again in a similar fashion.

The musical performance served the work as excellently as the production. Tim Murray grasped the pace of the drama with a fine sense of how the music parallels the quickly shifting actions and emotions played out. Reflective numbers such as ‘Soave sia il vento’ and Fiordiligi’s ‘Per pietà’ were given their due, but not reverentially drawn out such as to undermine tension in the drama’s overall flow. 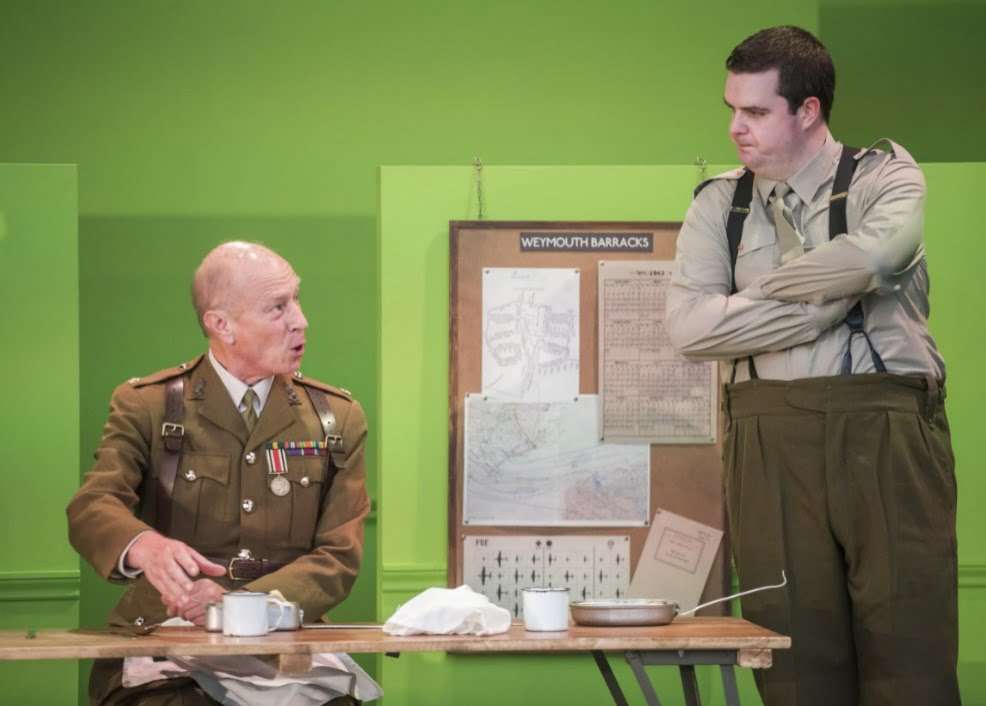 With just a few exceptions, the woodwinds were well-integrated in timbre, providing some mellow colours in those moments where Mozart heightens the emotional force. The omission of a chorus in this production does not denude given sufficient urgency was otherwise maintained, and the ritornellos from the choral numbers were used in any case.

The sextet of vocal soloists was finely attuned to the demands. Neither Kiandra Howarth nor Martha Jones as the two sisters yielded to the other in the vociferousness of their initial protestations of fidelity, or in the sincere expression of their predicament as they come to terms with the reality of romantic temptation. Certainly, though, Howarth’s singing of ‘Come scoglio’ was steely and affirmative, drawing a vital contrast with her subsequent fall from such resolve. Richard Dowling and Ben McAteer were an effective pair of love-struck soldiers: where Dowling realised the sense of Ferrando’s initial innocence and sincerity with marvellously lyrical, radiant singing, McAteer was somewhat more bluff and impassioned, but charmingly so, and elicited as much sympathy when his beloved Fiordiligi let him down as when the same turn of events had befallen Ferrando with respect to Dorabella. 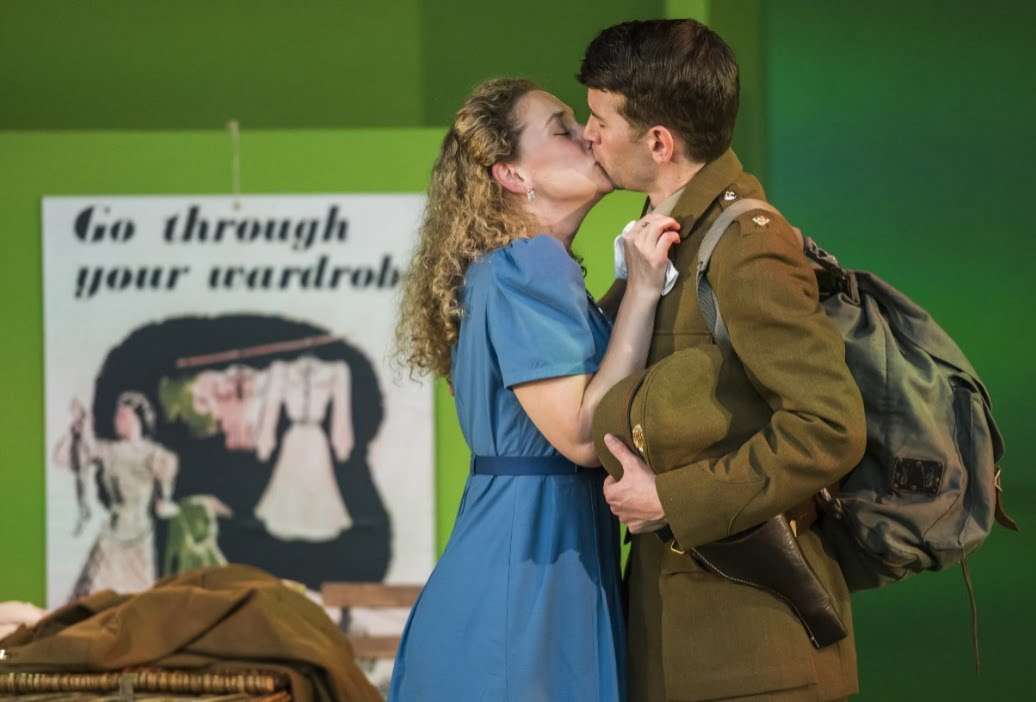 Steven Page’s Don Alfonso was assured and humorous, unfazed by what unfolded before him, and therefore neither cynical nor bitter, so his characterisation provided a good contrast to the increasing fluster and confusion of the lovers. Perhaps he was a little dry of tone, but that hardly mattered seeing that Alfonso has no solo numbers. Similarly Soraya Mafi brought maturity to the part of Despina, but with the requisite, infectious sense of fun and freedom, as she spurred on her mistresses in their amorous adventures.

Taking all things together, then, this was a rewarding interpretation of Mozart’s sublime comedy, rightly putting human interest before any contrived idea or concept. With this production, West Green demonstrated that it is as resourceful and serious about opera as any of the festivals spread across England during the summer, with the additional attraction of the gardens exquisitely illumined after sunset.