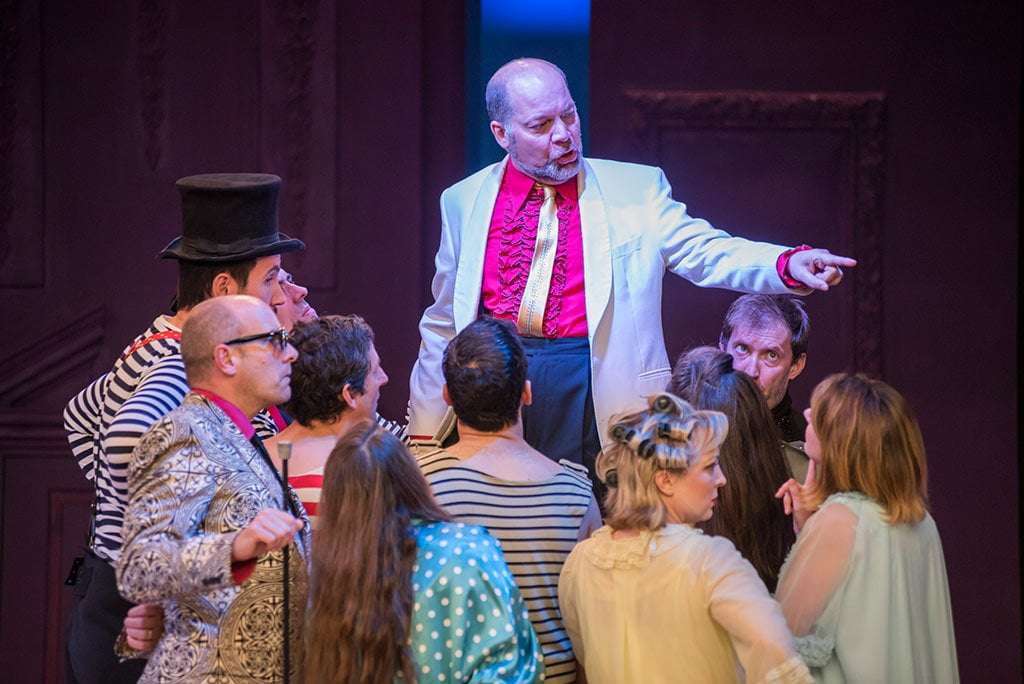 There are impressive plans afoot for the development of West Green House Opera, a country-house festival situated in one of the most beautiful and idiosyncratic gardens in England. The founder (of both garden and festival) Marylyn Abbott is stepping back from the operatic management after the current season to concentrate on horticulture, and she’s handing over the reins to incoming Artistic Director William Relton. Designs are also being drawn up for a dazzling theatre-cum-greenhouse which will house a stage and an orchidarium.

If future seasons are at the level of this Ariadne auf Naxos which closed this year’s festival, then the other major country-house outfits – the Three Gs – had better look to their laurels.

The fact that West Green wished to stage Ariadne at all gives a clue to its outside-the-box thinking. I’ve seen productions in major venues in which the tenor singing Bacchus crashed and burned under the strains of this most cruel and demanding of roles. Could such a small festival as West Green House find itself a decent heldentenor? 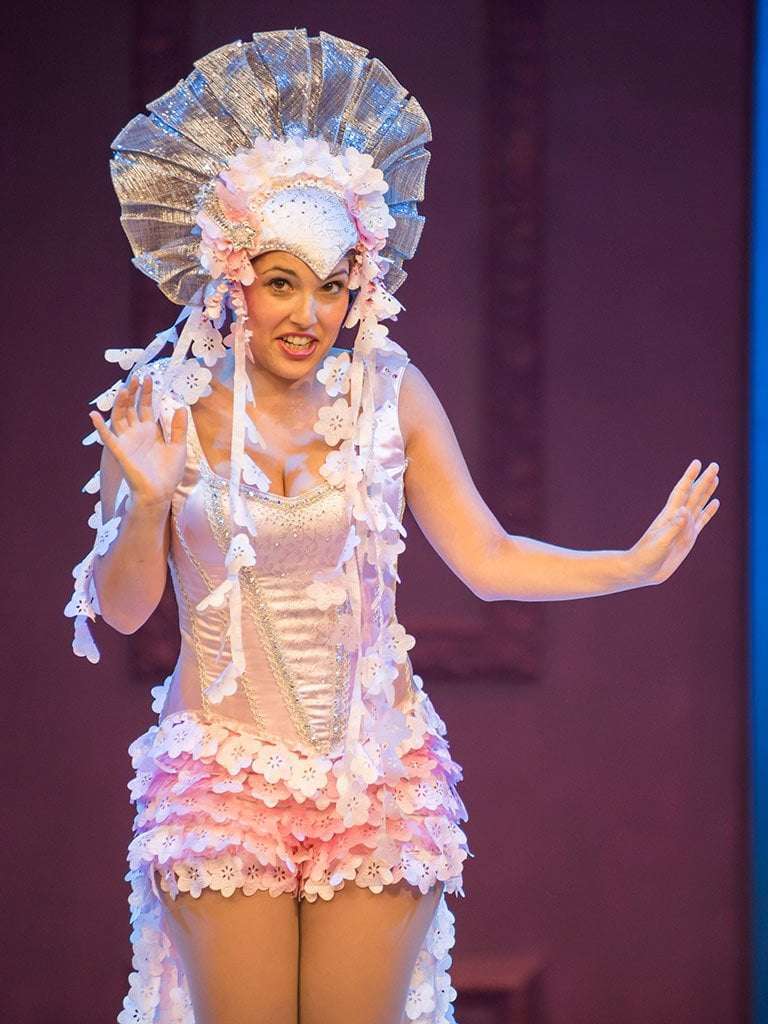 Yes! Up-and-coming Jonathan Stoughton demonstrated enormous promise in the role, showing off a warm Italianate sound and enormous reserves of power. If he didn’t nail his final top notes with utter ease (and there are only a handful of singers in the world who can), his style and stamina gave very bright hopes for his future.

Rebecca Nash (Ariadne) matched the power of her colleague and, at the curtain call, gave the impression that she could easily sing the role over again. This is a big voice of luscious beauty, as impressive in the firm, penetrating lower register as at the thrilling top. Apparently there are some Sentas and Elsas in her future: it would be great to think there might be some Sieglindes, Isoldes and Brünnhildes too.

The other star of the evening was Rosie Aldridge (The Composer) whose beauty of sound – with an easy, melting, liquid richness right through its range – was matched by a charmingly impetuous and engaging stage manner. She delivered joined-up singing of the highest order.

There were no weak links in the cast, but the rest didn’t quite match the heights set by these three. Maltese soprano Nicola Said gave a sweet if theatrically unfocussed performance as Zerbinetta: she often relied on generic gestures – winsome wriggling and skipping about – to convey her character’s energy, and there were too few details of characterisation. Her top Ds had delightful ping, but some of her coloratura lacked absolute spit-spot clarity. 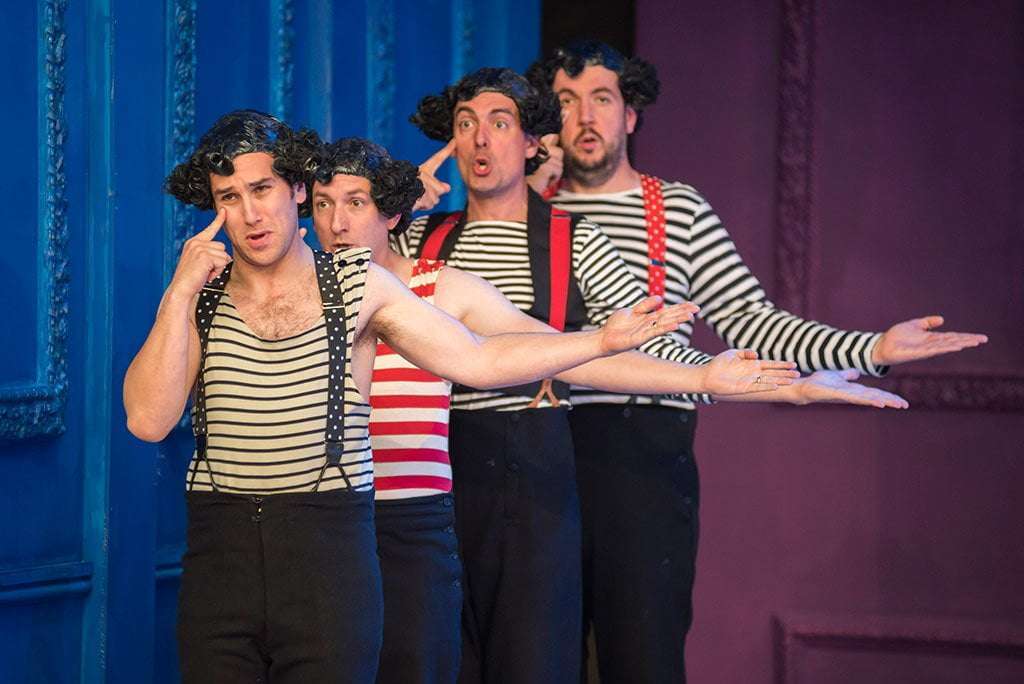 Director/Designer Richard Studer set the action on a simple raised dais between two eighteenth-century-style doors, and kept the action clear, focussed and straightforward. Zerbinetta’s troupe of comedians was well-choreographed, the relationships were well delineated, and it all felt lively and well polished. Studer’s one major miscalculation was to encourage his Bacchus and Ariadne to ham-up the final scenes in a breast-clutching, silent-movie style for comic effect. Hoffmannsthal’s mysterious libretto, with its philosophical examination of the relationship between tragedy and comedy, is not well served by such lowest-common-denominator business, and Ariadne’s miraculous transformation from suicidal hermit to rapturous lover lost some of its impact.

Jonathan Lyness drove the score with appealing vigour, and kept the orchestral textures limpid. If he occasionally drowned the singers, there was always a compensatory sense of thrust.

Further theatrical magic was saved for after the show. Coming out of the theatre, the audience discovered that the walled potager, the hidden walks, the lake and fountains of West Green House garden had all been lit with fairy-lights, lanterns, and arc lights. It was almost painfully beautiful.

Great as the other major country-house opera festivals are, their gardens can’t match the horticultural splendours at West Green House. Let’s hope that the musical splendours continue to match them.