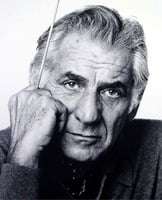 The Bernstein was given a performance of terrific panache, with orchestral playing of the very highest order, which applied throughout the evening. Marin Alsop’s tempos were unerringly well-judged, and the drama and pathos of Bernstein’s music made full impact. The Symphonic Dances are not a mere potpourri of highlights from Bernstein’s great score (there’s no ‘America’ or ‘Tonight’, for instance), but a considered presentation of the music that accompanies dance throughout the musical. The ‘Prologue’ presents the underlying tension of the scenario, as well as the sense of exhilaration which the young gang-members experience as a result of their antics. The swagger and swing of the music were vividly communicated, as was the aggression of the later ‘Mambo’ and ‘Cool’ fugue, in which the contrapuntal lines had remarkable clarity. The gentler sections, such as ‘Somewhere’ and the ‘Meeting scene’ were expressively delivered (a lovely horn solo in the former) without descending into sentimentality. The whole felt much less episodic than it can, and the orchestral contribution was admirable in itself.

By odd co-incidence, the initial melodic contour of Bernstein’s final ‘Procession’ music has a kinship to the ‘redemption through love’ theme associated with the character of Brünnhilde and heard right at the close of “Götterdämmerung”, thus concluding the drama of Wagner’s “Der Ring des Nibelungen” cycle, and which is quoted at the start of Christopher Rouse’s work. Of the main characters who survive the final cataclysm it is only Alberich who apparently survives. He it was – the ‘Nibelung’ of the title – who stole the gold from the Rhine in the first instance and set the whole tragedy in motion. Alberich is presented as the percussion ‘protagonist’ in Rouse’s Der gerettete Alberich of 1997, sub-titled ‘fantasy for percussion and orchestra’. 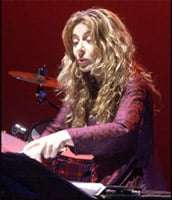 One of the many works which Evelyn Glennie has commissioned and promoted, it may might well have been designated ‘fantasy on themes from Wagner’s Ring’, for Wagner’s music is very often quoted directly, or alluded to, and then subjected to a kind of ‘commentary’, at some points leading to a ‘distortion’ of the music itself. Rouse suggests that ‘Alberich Saved’ might be the best translation, though the actual word ‘gerettete’ is a composite one and may be open to other nuances of translation. Whatever the linguistics, Alberich, as presented here, continues to be the disturbing personage of Wagner’s imagining, from the scratched and scraped sounds at the opening and close, via visually impressive drumming alongside a host of other instruments, including a steel drum and large marimba.

I find this a troubling work. For whilst one can admire the inventiveness of the composer and the dexterity of the soloist, all too often the music sounds like ‘Wagner with drumming’, and the descent into rock clichés at the start of part three verges on the distasteful. On the other hand, parts of the second section, with its quiet reflection, are quite haunting, and the oboe’s reminiscence of Alberich’s ‘renunciation of love’ theme touchingly poignant.

Elsewhere, Rouse presents his ‘reflections’ on Wagner’s music with some imagination, and one sometimes seems to be hearing the music via an aural veil, as if a radio were not quite tuned-in properly. This was a remarkably convincing performance, though it did not serve to dispel doubts about the work itself.

For some reason, I found Copland’s Third Symphony rather empty-sounding on this occasion. It was certainly a very loud performance, everything was in place and made its point, yet the first and last movements – the latter with the incorporation of ‘Fanfare for the Common Man’ – sounded portentous. The scherzo was full of energy and the gentler ruminations of the slow movement made for welcome contrast. Perhaps Copland’s “end-of-war piece (which was) intended to reflect the euphoric spirit of the country at that time” sits rather uncomfortably, given current US involvement in Iraq and elsewhere.

Leaving such speculations aside, Alsop and the LSO – whose mutually respectful rapport is readily apparent – certainly played the work with ho holds barred.