Picture a dark and desolate northern landscape with icy winds blowing in from storm-tossed seas, and your ears can then slowly begin to adjust to the musical landscape of Peter Maxwell Davies’s First Violin Concerto, commissioned by the Royal Philharmonic Orchestra to celebrate its fortieth-anniversary and given its premiere by the dedicatee, Isaac Stern, in 1986, André Previn conducting. Charm is not the first characteristic that springs to mind, though the composer claimed he was influenced by Mendelssohn’s E-minor Violin Concerto, of similar duration and with the three movements linked. That is where any similarity ends.

Like so many apparently unyielding works, it requires a strong narrative voice to take the listener into the powerful world of the imagination. In this performance given by the Westminster Philharmonic Orchestra under Jonathan Butcher, the soloist was Cardiff-born Charlie Lovell-Jones, playing a rich-toned Guadagnini. Over the years this ensemble has tackled a commendably wide repertory of works and in doing so has offered its audiences a much more varied diet than many of the professional bands playing in London. Twelve years ago, it gave a performance of Maxwell Davies’s Five Klee Pictures, so this particular idiom was not entirely unfamiliar.

Clearly, Scottish influences are strong, from the predominantly dark orchestral colours to the interweaving of a Highland bagpipe tune – beautifully set against the drone of lower strings – in the central Adagio movement. It was here that those rare moments of magic told most vividly, where the music moved forward gently and with tender and sensitive playing from the soloist, almost in lullaby mode. Earlier, Lovell-Jones had displayed both an impressive technical command of the complex rhythmic structures as well as a marked awareness of line, especially when the solo instrument breaks free from the surrounding textures and soars bird-like into the air above. His qualities were further in evidence in the first-movement cadenza, in the combination of lyrical warmth and passionate intensity, with the solo voice pared back at the close and supported by softly susurrating upper strings. Butcher guided his players through the complexities of this score with a sure hand.

Expectations are not always easy for composers to live up to. Both Brahms and Shostakovich felt that kind of pressure. At the end of the Second World War the Soviet regime was expecting its leading musical face to complete a trilogy of ‘war symphonies’ with something suitably heroic and grandiloquent to celebrate the great moment of victory. Shostakovich himself had already hinted at something large-scale with a choral element. There was, after all, the spectre of Beethoven’s Ninth lurking in the background. 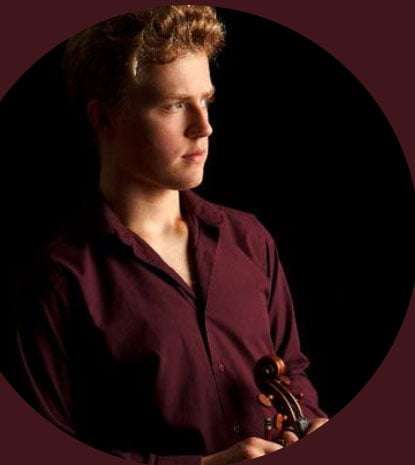 What eventually emerged in the summer of 1945 was what the composer called “a merry little piece”, adding that “musicians will like to play it, and critics will delight in blasting it.” There is not much doubt that the WPO musicians enjoyed the fun parts of Shostakovich’s Ninth Symphony, but I would wish to resile from the non-musical comment. This work has much to say about the composer’s wicked sense of humour and the careful doses of irony that informed his relationship with an oppressive regime.

At the outset the strings took some time to get into their stride and there was a lack of definition in the inner voices. The woodwind players, however, were at once characterful and rhythmically assertive, producing here and throughout this concert the most winning sounds. Two instances were especially memorable: the nicely-turned piquant clarinet solo that opens the second movement, with unmistakable echoes of Sibelius, and the colourful bassoon in the fourth-movement Largo, calling forth images of Mother Earth deep in the heartlands of Russia (was this perhaps Shostakovich’s tribute to Stravinsky’s Rite of Spring?). The WPO captured the chipper, carefree mood of the quicker movements, but did not entirely succeed in conveying their acidulous undertones. If there’s one thing that this composer’s music should never sound, it is comfortable.

In the previous century Brahms, who, as an early bloomer, had aroused expectations that he might clothe himself in Beethoven’s mantle, produced after much effort a granitic First Symphony. His Second, however, proved to be entirely different. Brahms’s amateur musician friend Theodor Billroth commented: “It is all rippling streams, blue sky, sunshine, and cool green shadows. How beautiful it must be at Pörtschach.” Somewhat tongue-in-cheek the composer had warned his publisher Simrock to expect something melancholic: “the score needs to appear framed in a black edge.”

It is the second-movement Adagio non troppo that most obviously offers interpreters an opportunity to explore the darker undercurrents in the music. With warm playing from the disproportionately large cello section and basses at the start, given additional amplitude in the reverberant acoustics, Butcher pointed to the shadows that can often occlude a summery sun, the lower brass hinting menacingly at thunderstorms in the air.

Overall, this was an unhurried view of a work that has a strong pastoral character. In the opening movement Butcher allowed the melodic lines to unfold naturally, the music breathing confidently but without much dynamic differentiation. Balances were sometimes awry, with the brass a little too prominent (the first movement is not yet about jubilation). As the Symphony progressed, there were tell-tale signs that the players were tiring, with tuning issues in the string section and lapses among the brass. Ideally, everything needs to come together in a Finale that should pulsate with high spirits. With a slightly foursquare approach to the phrasing (there is much sensuousness in what Brahms writes!) and over-cautious tempos that afforded little sense of a release in the coda, this was a performance in which potential was never quite realised.