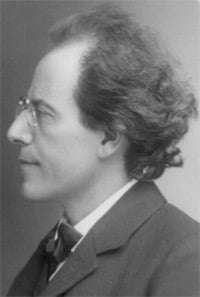 This particular night was bitterly cold, but such winter-chill didn’t prevent a full house in the inviting and comfortable church that is so conveniently located very near Waterloo Station, the regular venue for Westminster Philharmonic concerts.

Although this concert may merely have added to the tally of Mahler symphonies chalked up regularly in the capital, there was a certain novelty in hearing the now-ubiquitous Fifth played by an orchestra of amateur status. There was certainly nothing taken for granted in what turned out – allowing for bloopers and tuning deficiencies – to be a fine performance.

To which the Mozart was no makeweight, concise as it is (something of a ‘David’ to Mahler’s ‘Goliath’), here given a moderately paced account (in the Karl Böhm mould) that was commensurate to the acoustic, Jonathan Butcher ensuring good articulation and clarity of detail (not least in the winds) at all times. If ‘tricky passages’ remained exactly that, Butcher’s clear-sighted conducting was always for the players, and if he dragged the second-movement Andante to something of a trudge, and could have released more-vivid timpani in the finale, this was a likeable and expressive performance of an evergreen work.

If the gods were with Frank Burgum in his trumpet solo to launch the Mahler, they deserted the section at other times; and if the violins do not quite match the impressive violas and cellos, there was no doubting the enthusiasm and commitment that the whole orchestra brought to this Mahlerian challenge.

Butcher – the WPO’s regular conductor for many years – led a performance that didn’t always scale the emotional heights but saw the work whole, without divergence. The first movement funeral-march was dark-toned and halting, the mid-point flare-up both belonging and disruptive. Come the close – here in black despair – Butcher ignored the current fad of an ‘extinguished’ pizzicato for something ‘traditionally’ vehement (just as it should be) and left the principal horn (the confident Adrian Wheeler) seated in position for the Ländler-based third movement, itself made flowing, lilting and flexible.

Miscalculations occurred in the second and final movements in both being too deliberately paced (partly a concession to the acoustic) yet there was a wholeness of approach that satisfied and the symphony certainly ended with a real sense of arrival and emphasis. Of particular note was the Adagietto, here neither indulged or played in memoriam; rather it was a ‘love letter’ to Alma (Mahler’s wife) that was gently rapturous and flowing, very much in the line of Mengelberg, Bruno Walter, Kubelík and Barbirolli, the violins here managing to equate to their lower-string colleagues.

One re-emerged into the crisp iciness of the evening thinking ahead to the WPO’s next concert (on 24 January), when this band takes on an even sterner test, Elgar’s Second Symphony alongside music by Leonard Bernstein and Schumann.